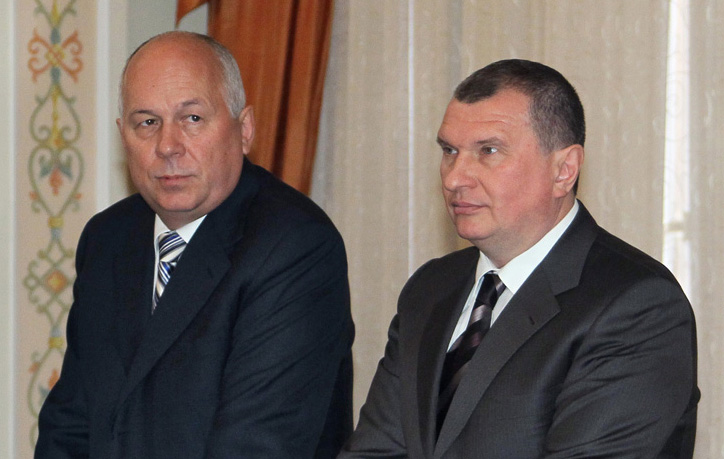 “Russia has an extensive experience in cooperating with countries in the Middle East, and Iraq is one of our new large customers. We are interested in seeing our defense equipment implemented exclusively for protection of the country’s citizens and enforcement of Iraq’s sovereignty,” Mr. Chemezov said.

Besides, the bilateral military-technical cooperation provides for planned localisation of service maintenance for the equipment supplied. This is another step towards implementation of Rostec State Corporation’s strategy for development of global after-sale service.

Another area discussed during the negotiations between the Russian delegation and members of the Iraqi government was cooperation in development of power generation. The parties discussed the possibility of resuming construction of the second stage of Yusufiyah thermal power plant. This stage of the project involves construction of six power generating units with the capacity of 210 MW each. The project is operated by Rostec subsidiary Technopromexport, which has upgraded Hartha power plant and built the first stage of Yusufiyah under contract worth more than $550 million.

The largest contracts in the area of military technical cooperation currently being fulfilled are those for Russian rotorcraft equipment procurement at $4.2 billion.

During the negotiations Rosneft offered to perform technical audits of operating facilities by Rosneft and support  geologic exploration and development of new oil fields.

“Iraq has high potential for oil production, which, however, can be performed only in conditions of stability. We strongly believe that joint bilateral projects will help to develop the economy effectively and thus considerably facilitate normalisation of the country’s political environment,” Mr. Sechin said.

KAMAZ is preparing for the transition to nautral gas

KAMAZ for Europe will be manufactured in Lithuania