At the end of 2007, the government resolved to establish the State Corporation "Rostec," to which it proceeded to transfer a significant share of the country's industrial assets.

At the heart of the decision to create the State Corporation was the intention to support Russia's industrial complex through hard times and make home industries competitive on the world markets.

On November 23, 2007, Russian President Vladimir Putin signed Federal Law № 270-FZ " On the State Corporation for the Promotion of the Development, Manufacture, and Export of High Tech Products "Rostec."

On July 10, 2008, the President of Russia signed a decree instructing to transfer 426 entities to the Corporation.

Among the companies transferred to Rostec:

In total, these companies owed 630 billion rubles. Their production chains were in shambles, their fixed assets were worn out and obsolete, and all of them were in dire need of competent management.

The State Corporation's revenue is 633 billion rubles; its tax payments to the budgets of all levels of the government amount to 76 billion rubles; for the first time, the entities under its umbrella report positive consolidated financial results; and Rostec's annual net profit is 15 billion rubles.

Over the course of two years, Rostec's revenue went up 60%, to 817 billion rubles. For reference, over the same time period, Russia's overall production grew by 15%. The output per worker of the Corporation nearly doubled.

The Corporation's Supervisory Board determines to optimize Rostec's structure and cut down the number of holdings to 13. Specifically, Concern Radioelectronic Technologies is assigned the assets of Holding "Aviapriborostroyeniye," Holding "High-Precision Complexes" receives the assets of the Design Bureau of Machine-Building, and Holding "RosElektronika" gains the assets of "Sirius" and "Orion."

As a result, Rostec's revenue reaches 931 billion rubles and its net profits rise to 38.5 billion rubles. The revenues from export are 225 billion rubles, and state defense orders amount to 196 billion rubles. Since 2009, the investments in research, development, and engineering as well as the production upgrades more than doubled, reaching 75 billion rubles at the end of 2012. Employees' salaries at Rostec companies also went up significantly.

On December 21, 2012, Rostec's rebranding was announced. The Corporation's brand style was updated, and the new logo and slogan "Partner in Development" were introduced to the public.

A number of major projects was launched, including projects in the field of rare earth metals mining and composite materials production. The company was able to grow its international contracts portfolio and expand the geography of its products' export. The Corporation's revenue came up to 1 trillion rubles, with net profits amounting to 40 billion rubles.

The first stage of the corporate governance reform is completed: revamped boards of directors with the participation of independent directors are formed, and revised standard model charters for the Corporation's holding companies are drafted and approved.

The State Corporation's Supervisory Board approves the Development Strategy for up to year 2025. The primary goal is to transform Russia's economic model by increasing the market share of non-defense high tech products and non-resource exports. The new strategy is comprised of five key elements: aggressive growth, expansion into new markets, operational efficiency, partnerships with key market players, and the strategy implementation mechanism.

For the first time, the Rostec's brand valuation is conducted. According to an assessment carried out by the Swiss consulting company Assessa, Rostec's corporate brand is worth 31.2 billion rubles, and it is now one of Russia’s 15 most affluent brands.

The fourth industrial revolution involves massive-scale informatization of not just industry but of all aspects of human life. This is why all of the Corporation's efforts are focused on creating "smart" systems. Sophisticated, high value-added products are being developed, such as Smart City, Industrial Internet, telemedicine, online education, etc.

Over the first decade of its operations, despite the complicated macroeconomic situation and new geopolitical challenges, the Corporation was able to demonstrate high performance results. Today, Rostec continues on its stable growth trajectory and faces the future with confidence.

Over the course of 10 years, the value of the Corporation's assets grew from 1 trillion rubles to 3 trillion rubles. From the time the Corporation was first established, the overall production of non-defense goods increased by 10%, or, in absolute numbers, nearly quadrupled. The total revenue of all of the State Corporation's companies went from 511 billion rubles in 2009 to nearly 1.5 trillion rubles in 2017. Rostec's products are exported to 70 countries. At the very beginning of the company's life, the military export volume was around 6 billion dollars, and in 2017 it reached 13 billion dollars: effectively, in 10 years it more than doubled.

Rostec continues to show the steady growth: the revenue exceeded 1.6 trillion rubles, the net profits are at 127 billion rubles.

One of the most exciting events of the year not only for the Corporation but for the entire country was the FIFA World Cup. Rostec successfully provided telecommunications and information infrastructure for this massive sports event.

Rostec continues to develop innovative products and technologies, expanding its market penetration and retooling and updating its entities.

The share of non-defense products in the State Corporation's manufacturing continues to go up. Rostec intends to allocate to the development of its civilian production 100 billion rubles raised through the issue of exchange-traded bonds, the first in the Corporation's history. A sophisticated waste management infrastructure is being designed and built in the Moscow Oblast and the Republic of Tatarstan.

In terms of military and technical cooperation, in 2019 Rostec premiered on the world scene its state-of-the-art Tornado-S Multiple Launch Rocket System (MLRS), Pantsir-ME anti-aircraft missile and artillery system, and the new AK-12 assault rifle. The latest aviation products Irkut MC-21 airliner and jet fighter Sukhoi Su-57 have likewise been presented on the international stage. The company is also starting the mass production of its transport helicopter Mil Mi-38.

The State Corporation maintained stable financial performance despite the challenging global economy, the pandemic and sanctions. Rostec enterprises adapted to the new realities and continued to implement strategic projects.

An important area was the production of products aimed at combating coronavirus: medical equipment, personal protective equipment and controls as well as medicines. Significant events included the first flights of the the Il-114-300 regional aircraft and MS-21-310 passenger airliner with new Russian PD-14 engines, the creation of a 5G base station prototype and the commissioning of modern waste processing complexes.

Amid sanctions and the coronavirus pandemic, Rostec has continued to develop and produce high-tech products. The key growth drivers in 2021 were aircraft and engine construction along with the medical field. Highlights of the year were the premiere of the 5th generation Checkmate fighter aircraft and the first flight of the Ka-226T ‘Climber’ helicopter.

In addition, the Federal Air Transport Agency (Rosaviatsia) issued a type certificate for MC-21-300, then the aircraft, whose wings are made of polymer composite materials produced in Russia, performed its first flight.

Moreover, Rostec received approval for serial production of PD-14 engines for the MC-21 airliner. The State Corporation continued to supply helicopters for the National Air Medical Services and produce both medical equipment and medicine. 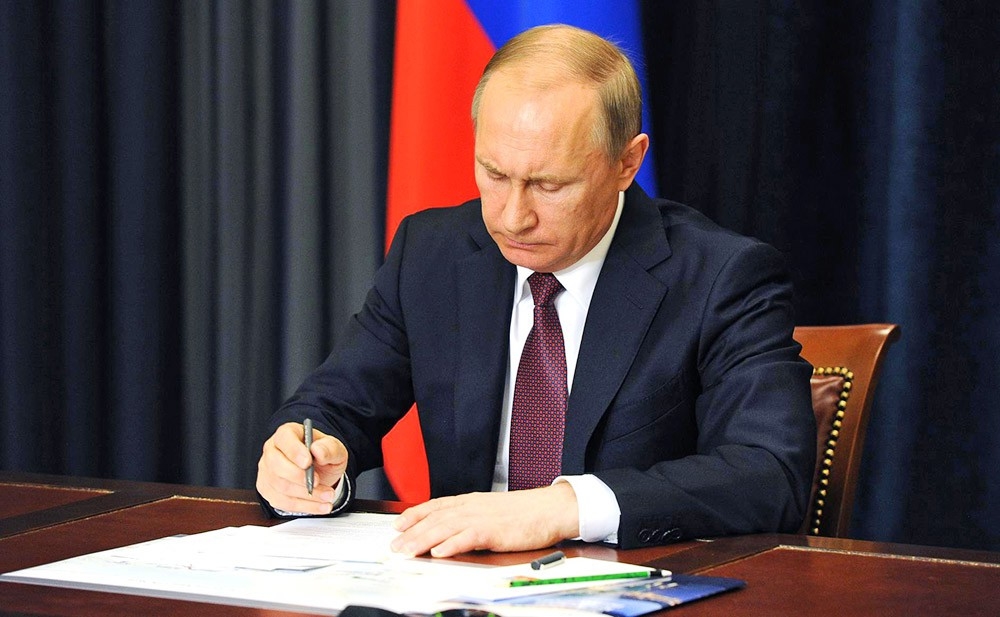 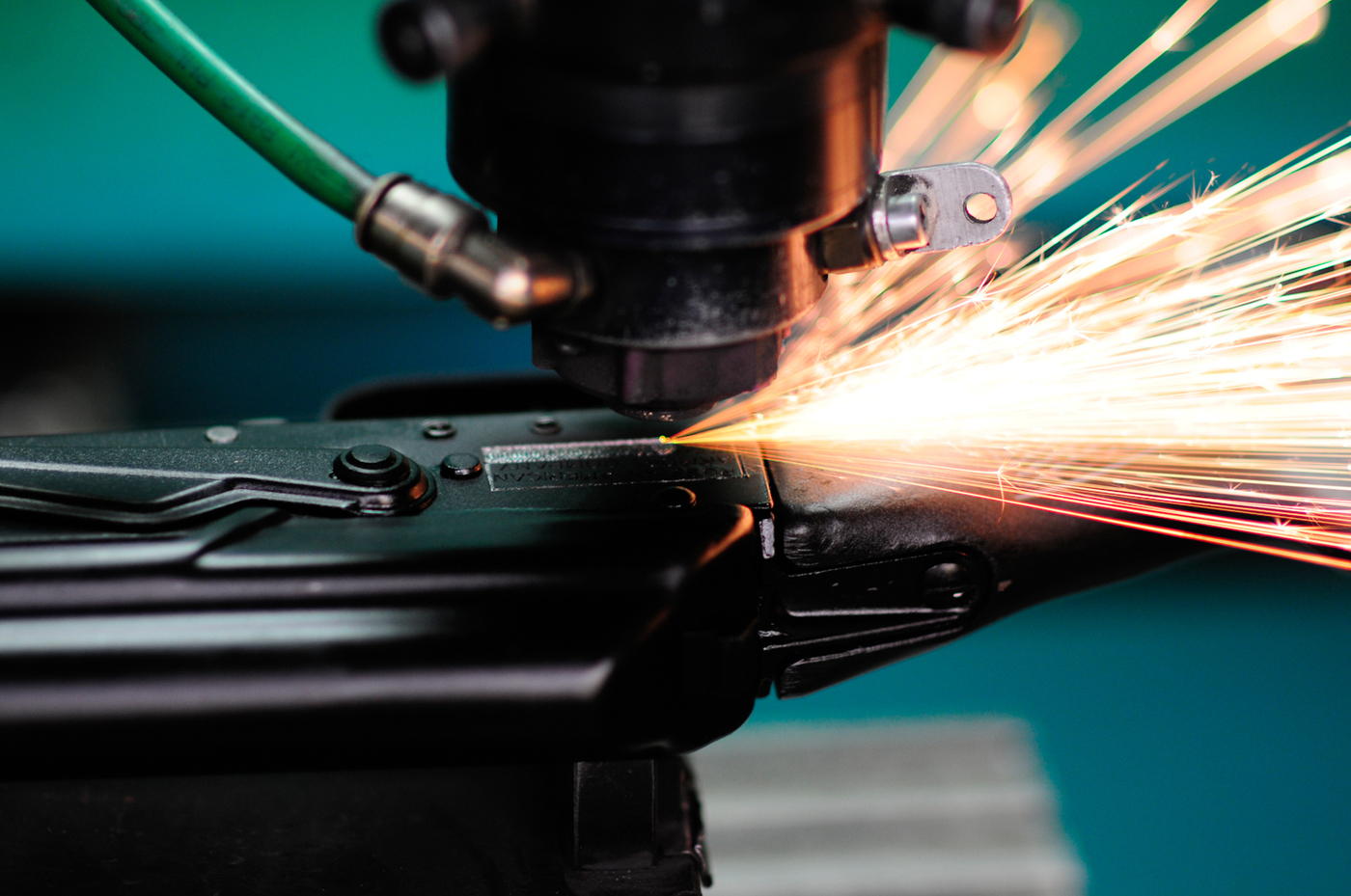 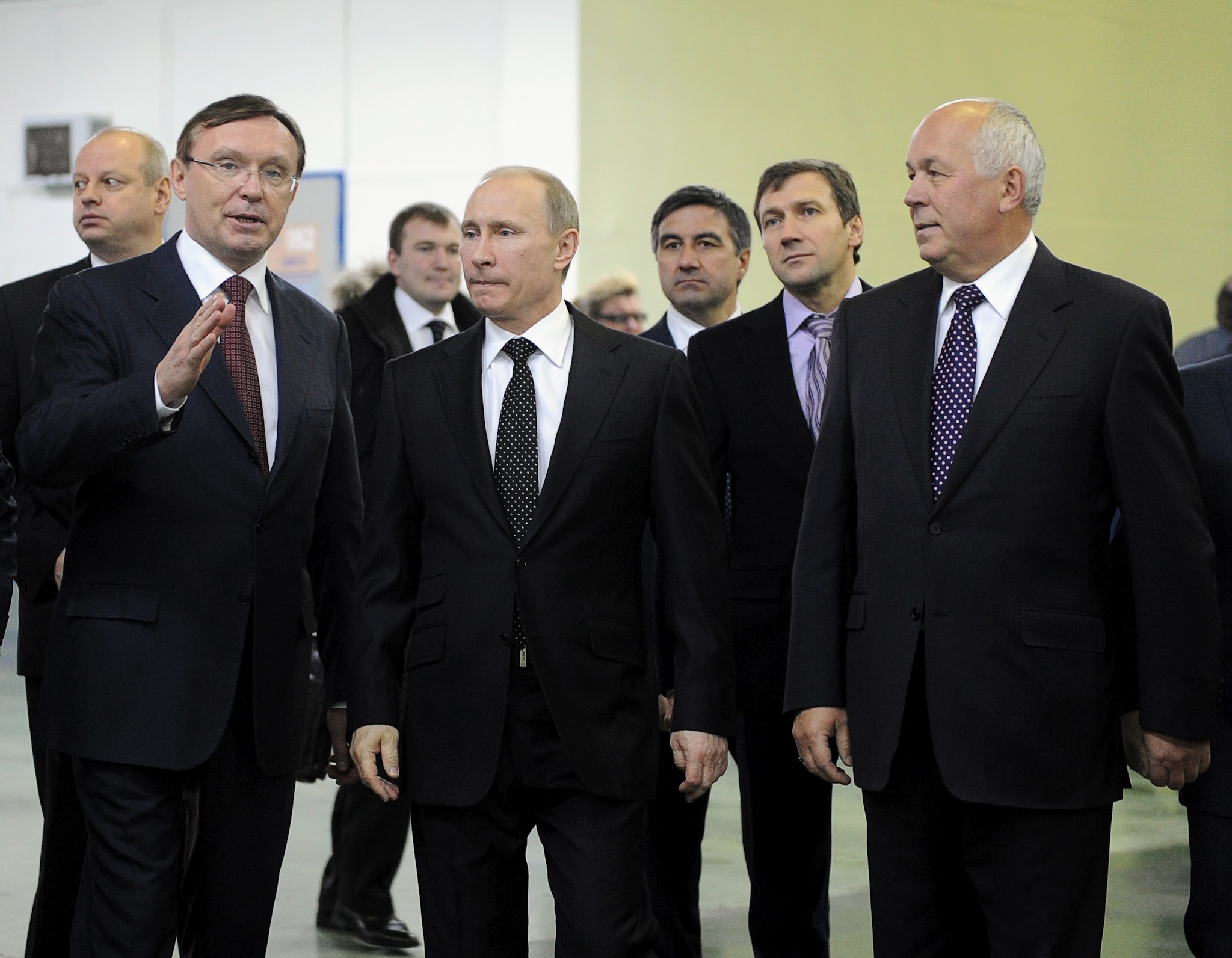 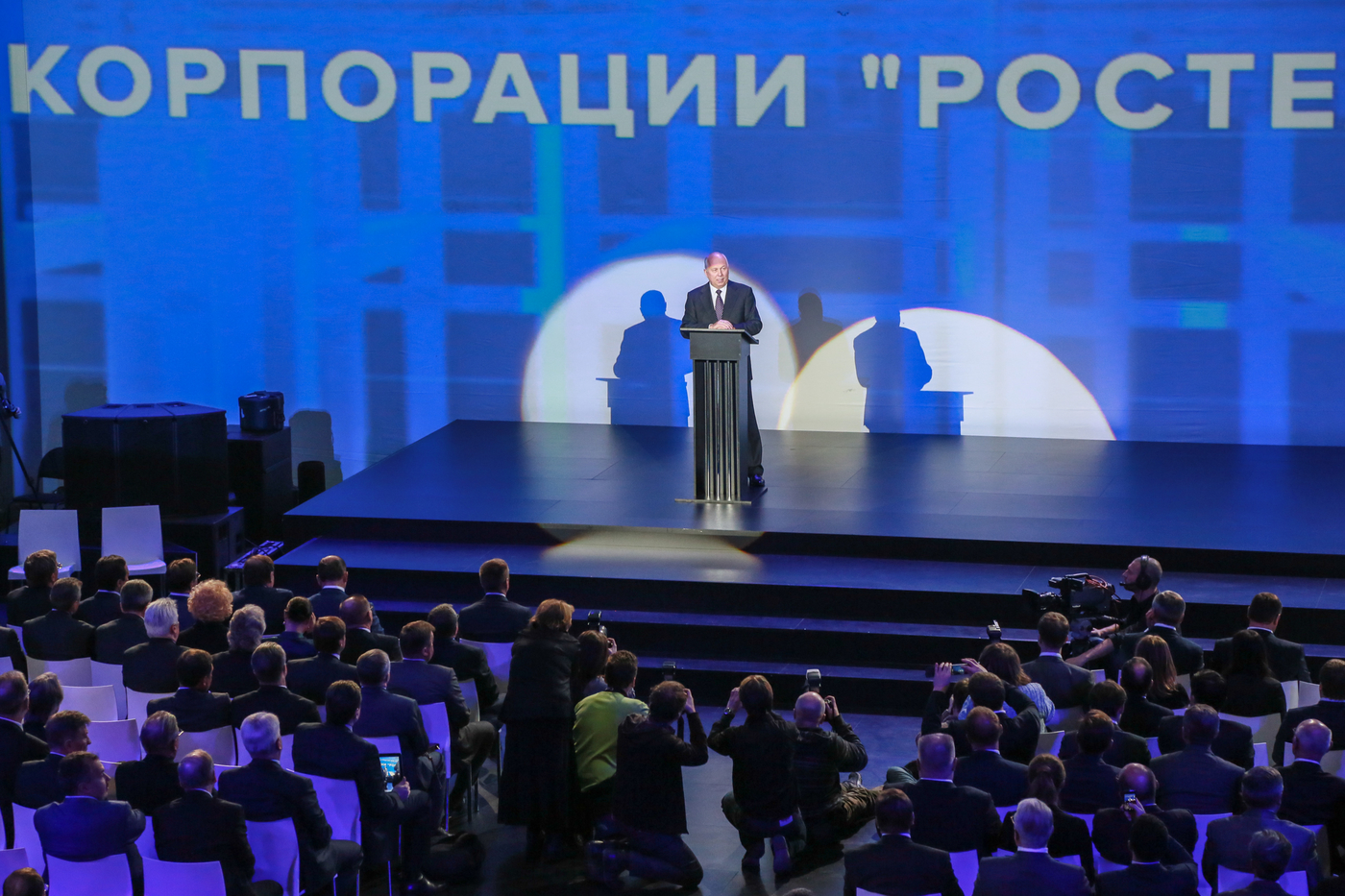 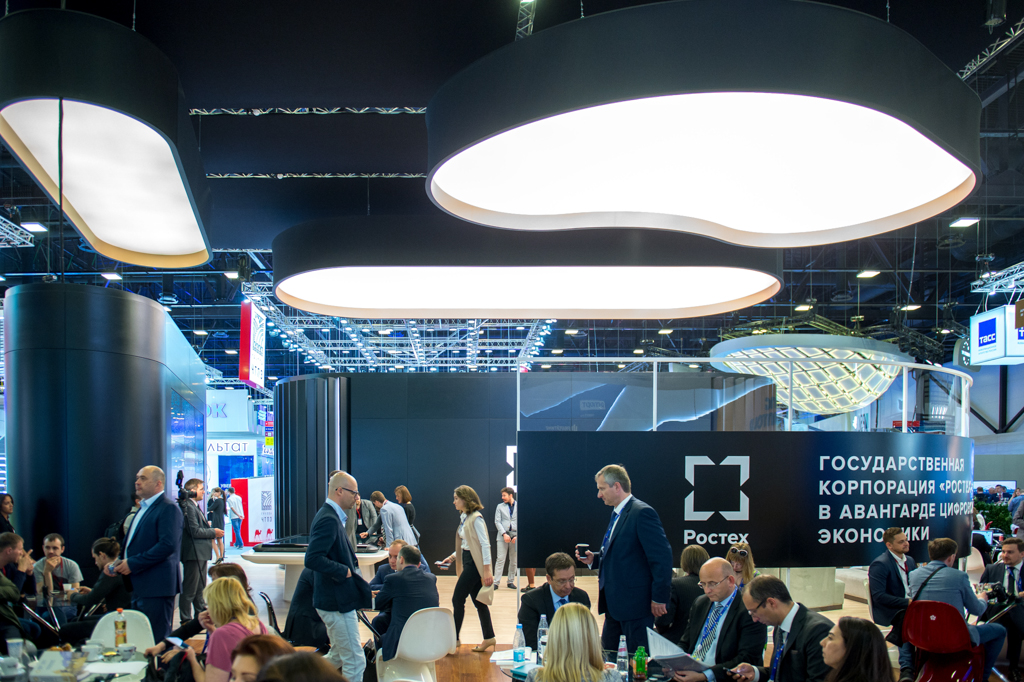 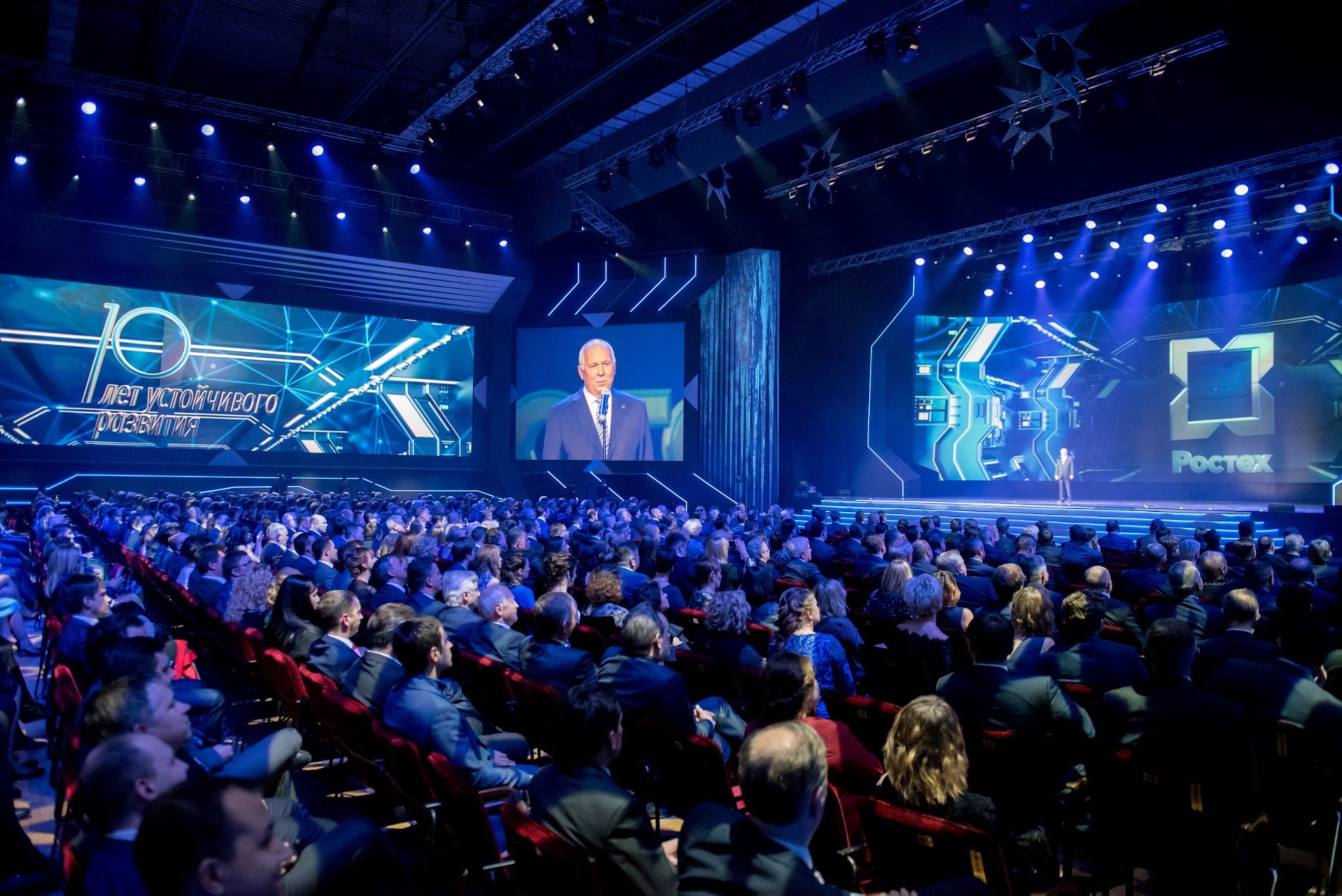 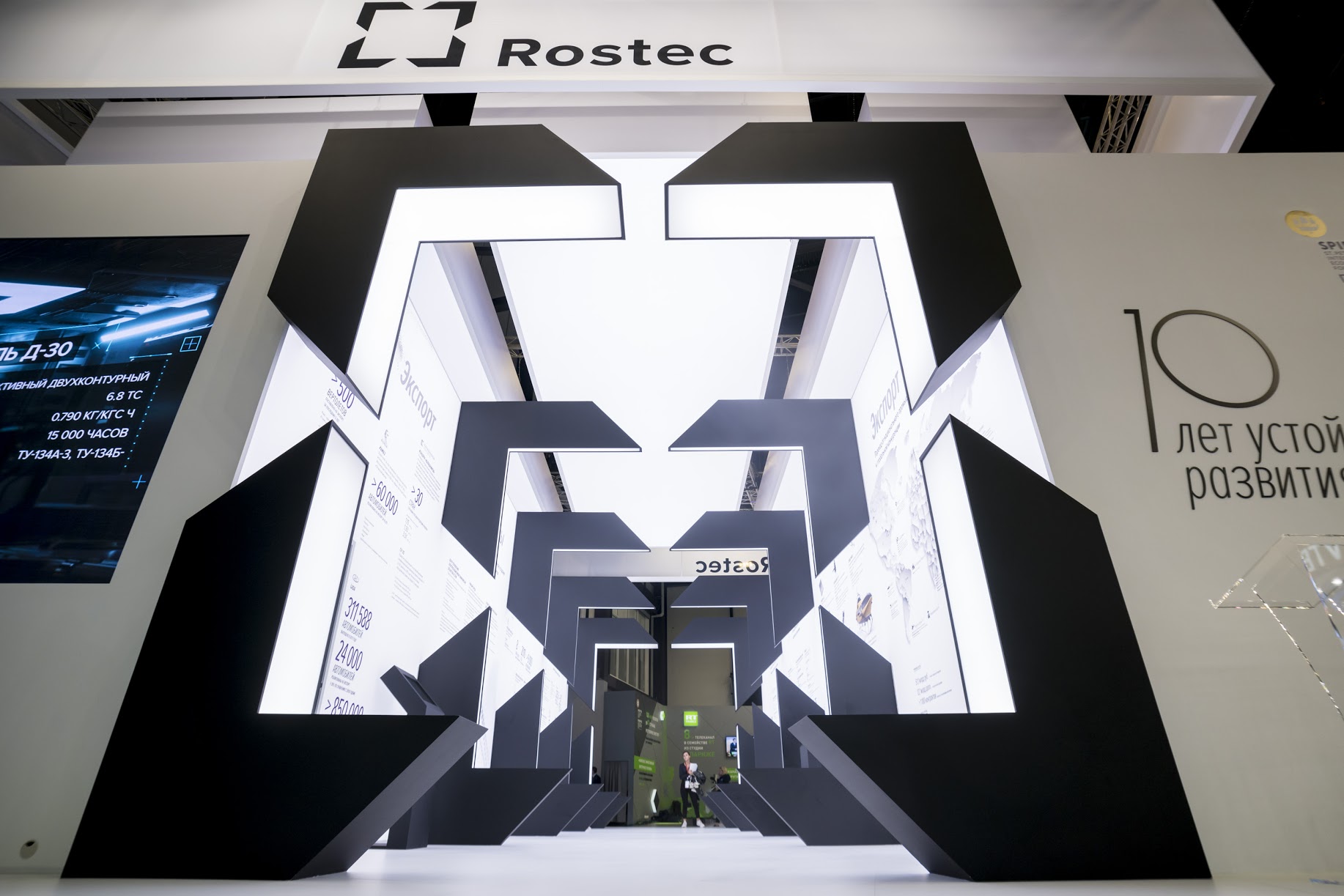 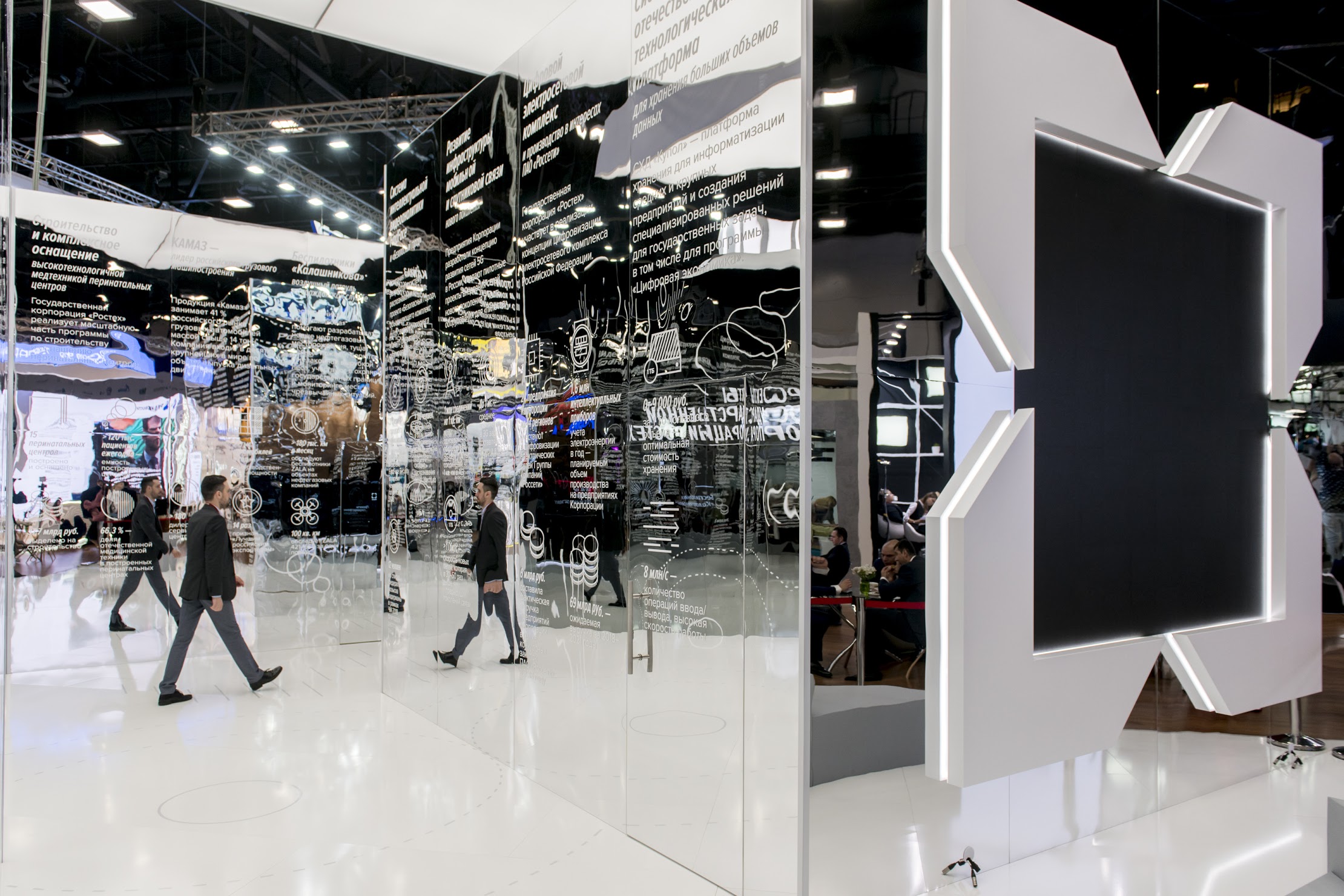 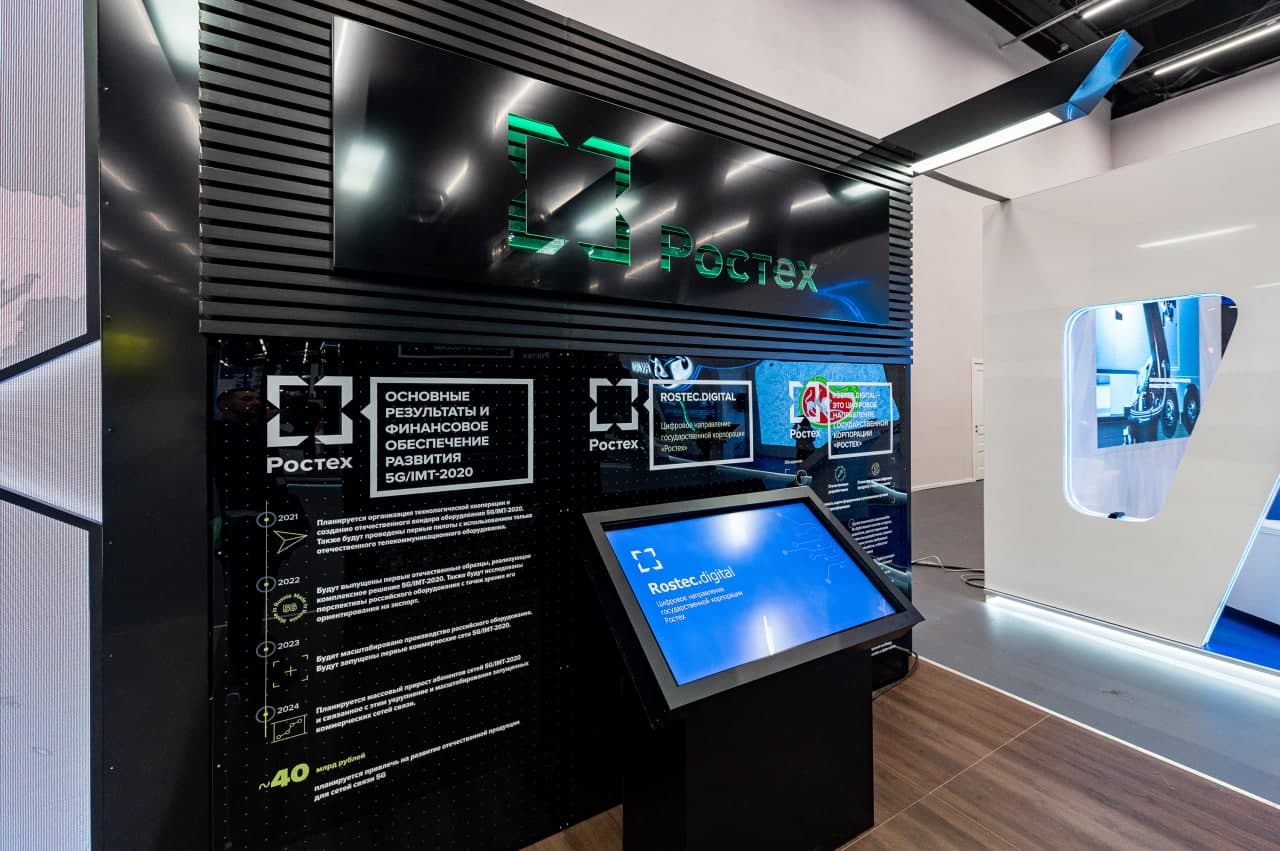 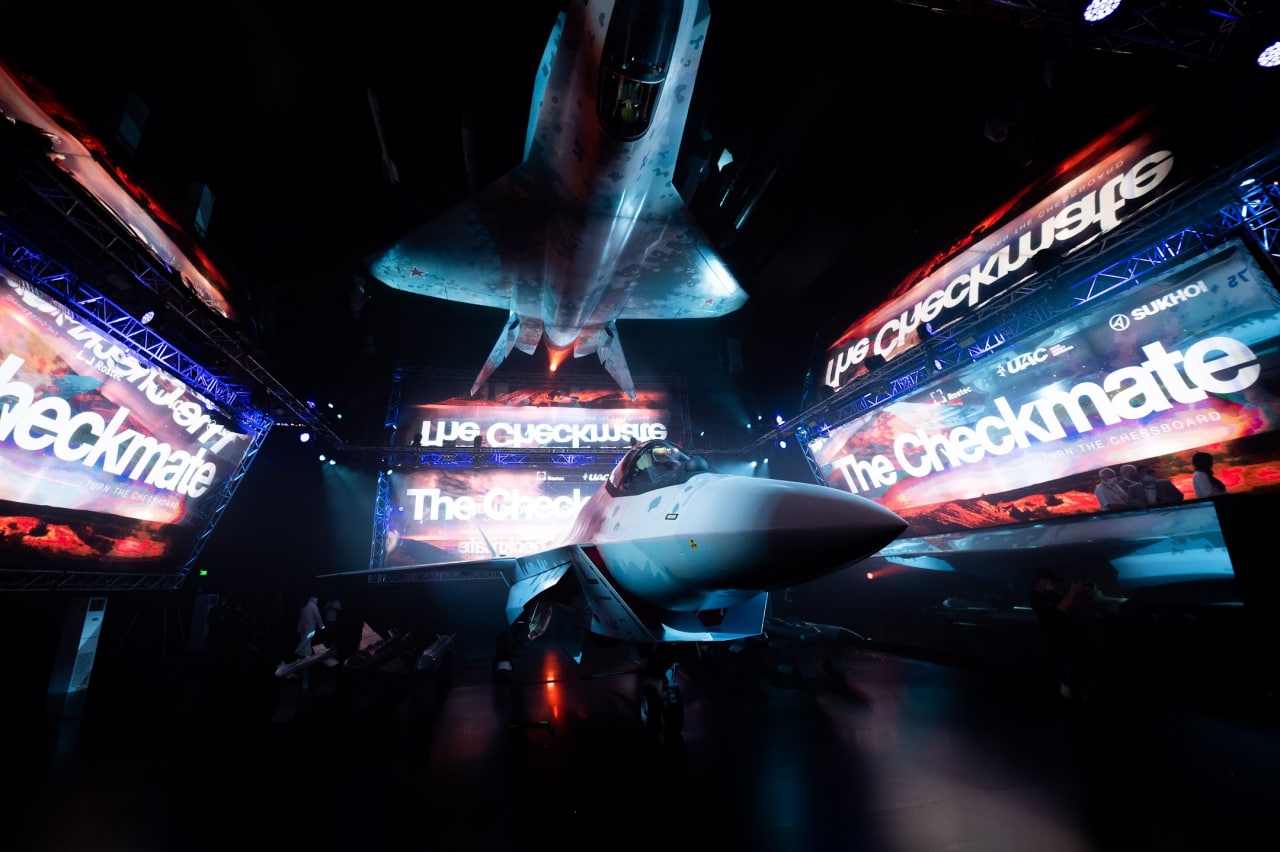