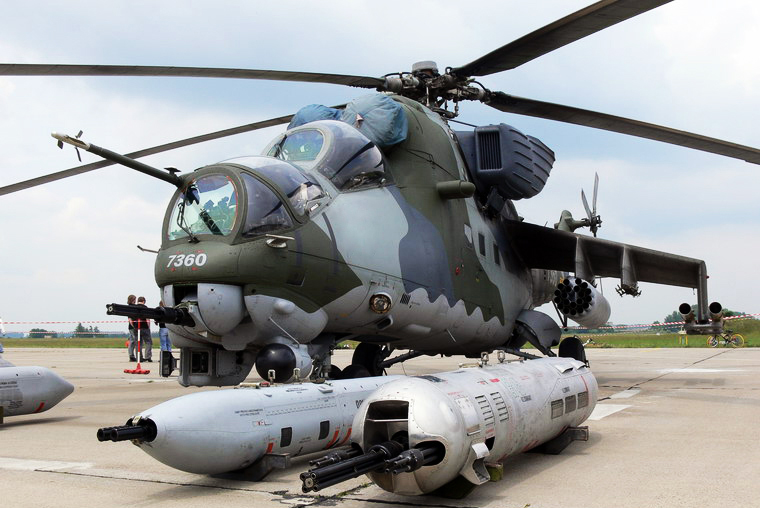 Rosoboronexport might procure 6 more Mi-35 rotorcrafts worth a total of $256 million to Iraq in addition to $4.2 billion defence contracts.

According to Reuters, new contract on 6 helicopters delivery by October 2013 at $217 million ($256 million including the munitions) was awarded during the visit of Rostec Director General Sergey Chemezov and Rosneft President Igor Sechin to Iraq on April 16, 2013. The expanding of military equipment procurement contracts up to $8 billion was also negotiated.

Currently there are contracts at a total price of $4.2 billion being fulfilled in the area of military technical cooperation between Iraq and Russia. Chiefly these are for Russian rotorcraft equipment deliveries, including the 36 Mi-28 helicopters.
“There also are other prospects in this field, which are now being explored by the parties at the experts’ level”, said the Rostec representatives on April, 17.

“Russia has an extensive experience in cooperating with countries in the Middle East, and Iraq is one of our new large customers. We are interested in seeing our defence equipment implemented exclusively for protection of the country’s citizens and enforcement of Iraq’s sovereignty,” Mr Chemezov said.

Rosoboronexport, a Rostec subsidiary, is the only Russian state company exporting full range of products, services and technologies of military and dual purposes. Rosoboronexport is a leader of international arms market. The company performs 80% of Russian weaponry and military equipment exports. Rosoboronexport cooperates with over 700 ventures and organisations of Russian MIC. Russian military-industrial complex geography has over 70 countries.