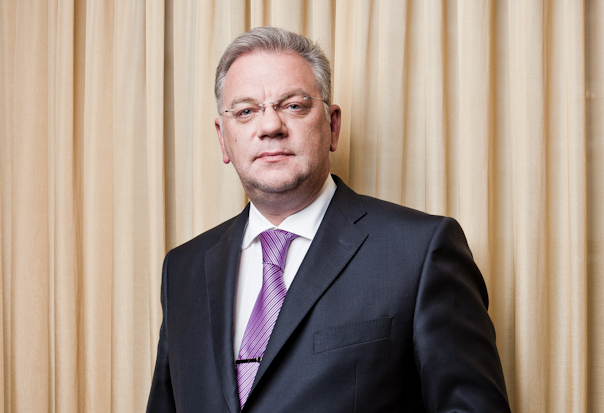 Dmitry Shugaev, Deputy Director General of Rostec State Corporation, the Head of united Russian delegation at the LAAD-2013 exhibition in Rio de Janeiro, has told about techno-alliance with Brazil and implementation of face-recognition system at Olympic Games and football championships.

Couple of weeks ago the RSA held BRICS summit devoted to technological partnership opportunities of the participant countries. Which opportunities does Rostec see in this kind of cooperation?

We believe that working with Russian partners within this union is crucial. First of all it concerns Russian Helicopters that actively develops projects and increases deliveries of end products in the region and also conducts a full range of after-sale services. For example, the company jointly with Rosoboronexport is now creating a network of MRO centres in India, RSA, Brazil and China. The enterprise collaborates with local industrial leaders as Odebrecht (Brazil) and Denel (South Africa). By the way, the holdings also cooperate within Odebrecht subsidiary, the Mectron company.

Similar activity is conducted by our automobile producers, for example, KAMAZ has a wide presence in Indian Market. Brazilian Marcopolo in its turn has rolled out bus manufacturing in Russia. KAMAZ representatives negotiate opportunities of its products assembly plants establishing with several states at the LAAD Latin American Aerospace and Defence exhibition and conference.

Getting back to the helicopter topic, I would like to underline the fact of MRO facility opening in Johannesburg within BRICS summit in the RSA, which is a bright example of cooperation within this direction. Especially, since this involves not only the rotorcrafts operating in the SRA, but helicopters employed in all African countries southward of Sahara, for example, Mozambique. The equipment widely exploited in south of the country will soon get to be maintained on the spot.

Besides, the technologies transfer should occur within the memorandum signed by Rostec and Odebrecht. This indicates the beginning of closer collaboration involving not only maintenance services but also subsequent production localisation of certain components, systems and quite likely the helicopters.

Are there more joint projects planned with Odebrecht?

We negotiated cooperation in the spheres of concern of Ruselectronics on the second day of the LAAD-2013 exhibition in Rio de Janeiro. The Brazilian company is interested in our technologies. Considering Ruselectronics producing a wide range of high-tech goods, there are many variants for cooperation. We also don’t rule out the possibility of joint development and manufacturing of the new products.

The intended technological alliance of Russia and Brazil will be based on military-technical cooperation or on civil purpose industry?

Military-industrial complex historically has been a driver for civil technologies. We can observe thousands of examples for military projects transferring into civil inventions: from aluminum saucepan to internet.

For example, Ruselectronics’ Secure Town offer is an integrated solution for infrastructure objects security, which introduces a military component. The system might be used during Football World Cup and Olympics in Brazil and employ all forces and means of the client.

And does it facilitate street crime prevention?

The system can considerably reduce it. For example, one of the remarkable technologies used in Secure Town (the solution that we propose to our Brazilian colleagues) is face-recognition system in crowded areas like central streets, stadiums, public transport. We have already started implementing such systems in Russia, as we are preparing for the Olympics as well. The solution considerably facilitates security services work. We have quite a severe competition concerning Secure Town: EADS, Thales and IBM. But we are as good as our contenders and even steal a march in some directions. Traditionally, one of our main advantages is quality-price ratio.

Currently we hear a lot about technology transfer. Is it safe enough to do that?

We don’t refer to the sensitive things potentially damaging or directly related to national security. Besides, the progress forges ahead. Stewing in your own juice doesn’t promote any development. The “new technology” notion is also quite abstract as today it is advanced and in a year just “a technology”. That is why we set a target to conduct joint designing work with our partners and combine our experience to mutually create and promote innovative competitive goods. And we have countless examples of this kind of collaboration.