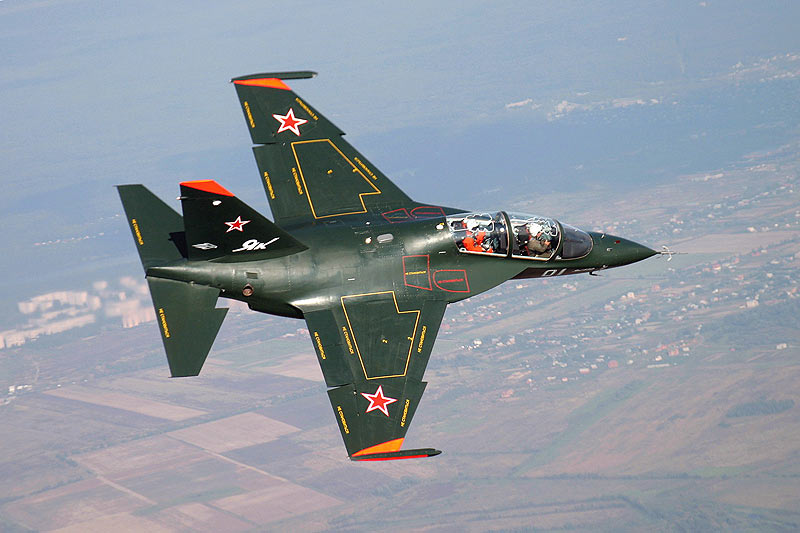 Rosoboronexport, the Federal Service for Military-Technical Cooperation (FSMTC) and Irkut Corporation promote the Yak-130 combat trainer to the Latin American market. In case of reaching an agreement on delivery of the initial lot Russia will consider setting up the aircraft licensed production in Brazil.

Sergei Ladygin, the delegation head of the Rosoboronexport enterprises at the LAAD-2013 exhibition, informed that Brazil would be offered to purchase the initial lot of the Yak-130. "Later on a component assembly line can be set up here and, further, there is an option to set up even a joint production of this aircraft. We offer such pattern to any country with developed aviation industry," said Ladygin.

The Yak-130 is Russia’s combat trainer for advanced pilot training designed to teach flight students the skills of piloting and performing combat missions when attacking ground and air targets characteristic to the 4th and 5th generation fighters. The aircraft is developed by Yakovlev Design Bureau purchased by Irkut in 2004 that is going to promote the Yak-130 to the market both as a jet trainer and a light attack aircraft. In July 2012 the plane made its debut at two major air shows — Royal International Air Tattoo and the Farnborough Air Show.

Russia to Complete Arms Shipments to Venezuela by Yearend