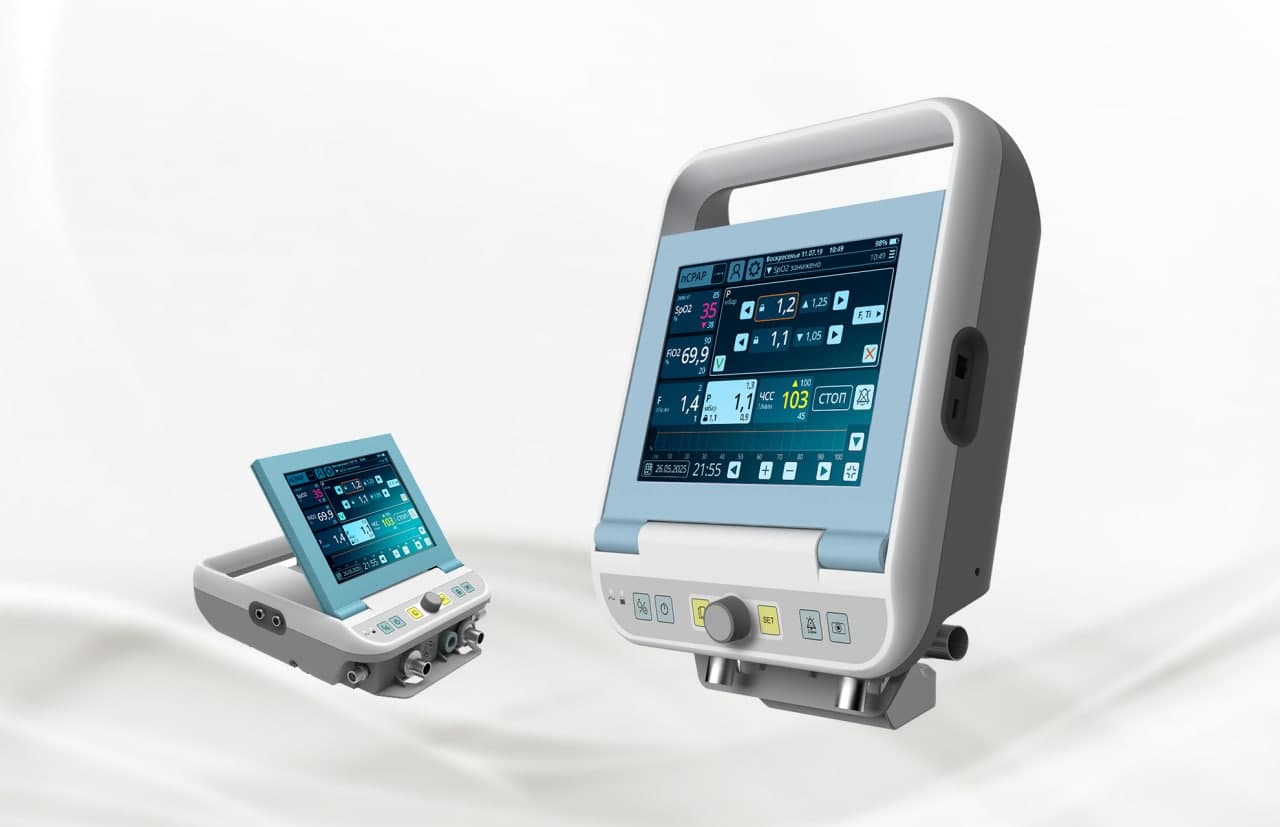 The Shvabe holding company (part of Rostec State Corporation) has developed an artificial lung ventilation machine which is capable of simultaneously supporting respiratory functions, performing tomography scanning of the chest organs and monitoring their condition on minute basis. Tomography is performed without radiation using the electrical impedance (EIT) method, causing no health risks. There are no similar Russian devices available at the moment.

The AIVL-01 device, created at the Ural Optical and Mechanical Plant named after E. S. Yalamov under the Shvabe holding company, is intended for artificial lung ventilation in intensive care and resuscitation. Suitable patients are adults and children of over one year of age. A unique feature of this device is an electrical impedance tomography module. This method is based on recording the level of electrical conductivity of internal organs. The indicator fully reflects the functional state of the patient's organs and helps finding illnesses based on the fact that the affected areas differ from normal tissues in electrical conductivity.

"One of Rostec's key tasks is the production of modern, competitive medical equipment for Russian medical institutions. The new device is a breakthrough product that has no competitors on the Russian market. It allows to visualize the filling of lungs during breathing and assess the degree of damage caused by factors such as viral pneumonia. It also significantly helps doctors to alter respiratory support and adjust the volumes of the respiratory mixture supplied to the patient. The device will be especially important during the COVID-19 pandemic. At the same time, the tomography method used in the device doesn't use invasive radiation and causes no health risks", said the Executive Director of Rostec, Olet Yevtushenko.

The tomography module will be produced both integrated to the ventilator and as an independent product. The device with the built-in tomography scanner has a compact design, which allows controlling the artificial ventilation without switching between the ventilator and the tomography scanner. Due to its small size, the device is suitable for use both in a hospital and when transporting patients within a hospital or in ambulances.

The Commission of the Ministry of Science and Higher Education of the Russia noted AIVL-01 as one of the best projects implemented within the framework of the federal target program "Research and Development in Priority Areas of Development of the Russian Scientific and Technological Complex for 2014–2021". A prototype of the device has already been manufactured and testing is currently underway to register it as a medical device.