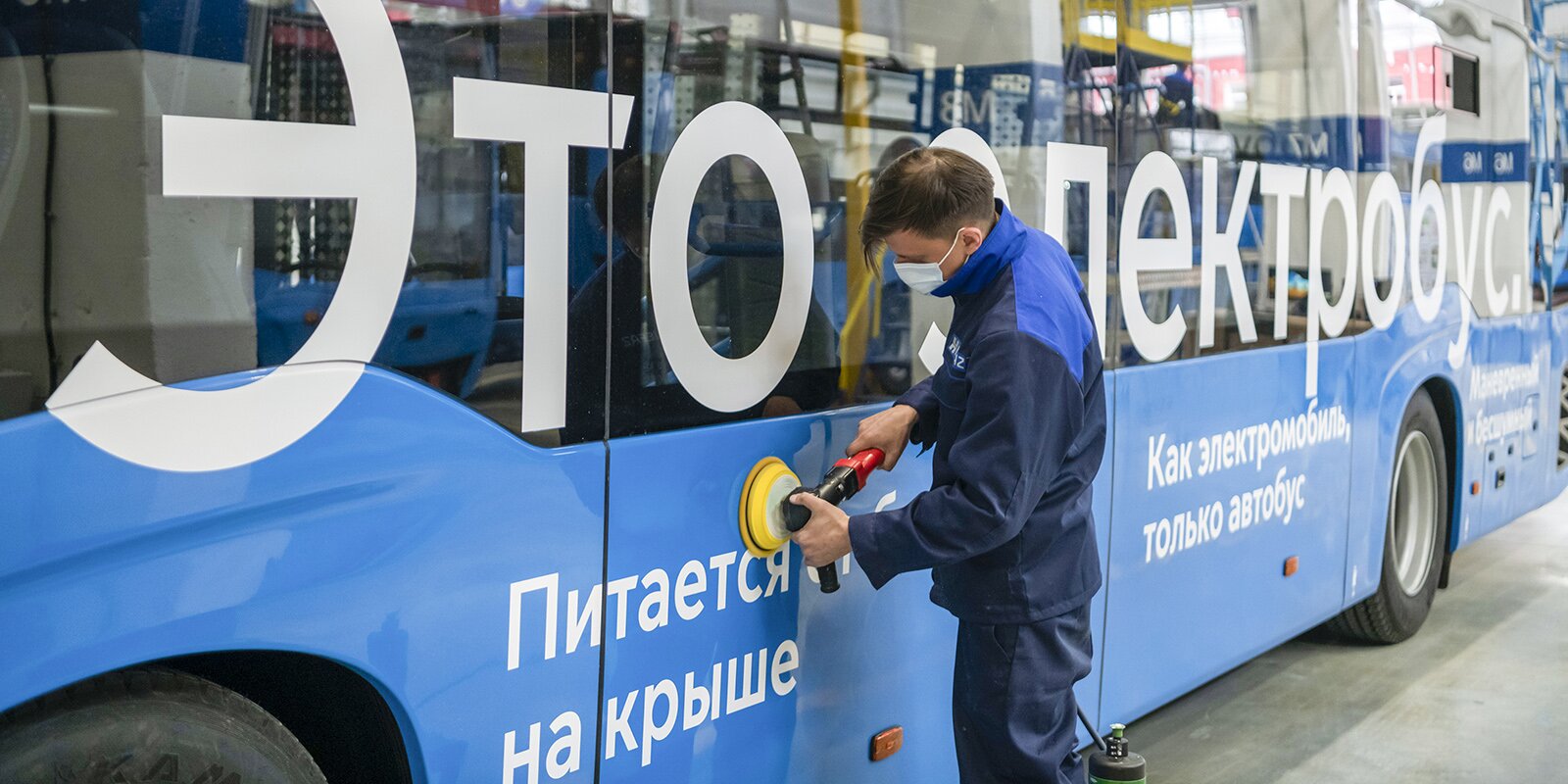 Photo: Press service of the mayor and government of Moscow

On April 27, an assembly plant for KAMAZ electric buses was opened at the Sokolnichesky Repair and Construction Plant. The event was attended by Moscow Mayor Sergey Sobyanin and General Director of KAMAZ Sergey Kogogin.

Mayor Sobyanin described the new production as “a revolutionary story, which significantly improves the environment and creates the latest technological products for the future of passenger transport not only in Moscow, not only in Russia, but across the world”. The Mayor added that Moscow's electric bus fleet is the largest in Europe and will increase much further.

Maxim Liksutov, Head of the Moscow Department of Transport and Road Infrastructure Development commented “The Moscow government has a clear plan to replace combustion engine buses with environmentally friendly vehicles. This new production facility accounts for 40% of all these vehicles’ assembly operations including high-tech software engineering”.

One of the workshops of the Sokolnichesky Repair and Construction Plant was modernized for the assembly of up to 500 electric buses per year. The first electric buses assembled in Moscow will start operating in May. Production of electric buses in the capital will shorten delivery times and facilitate assembly and maintenance.