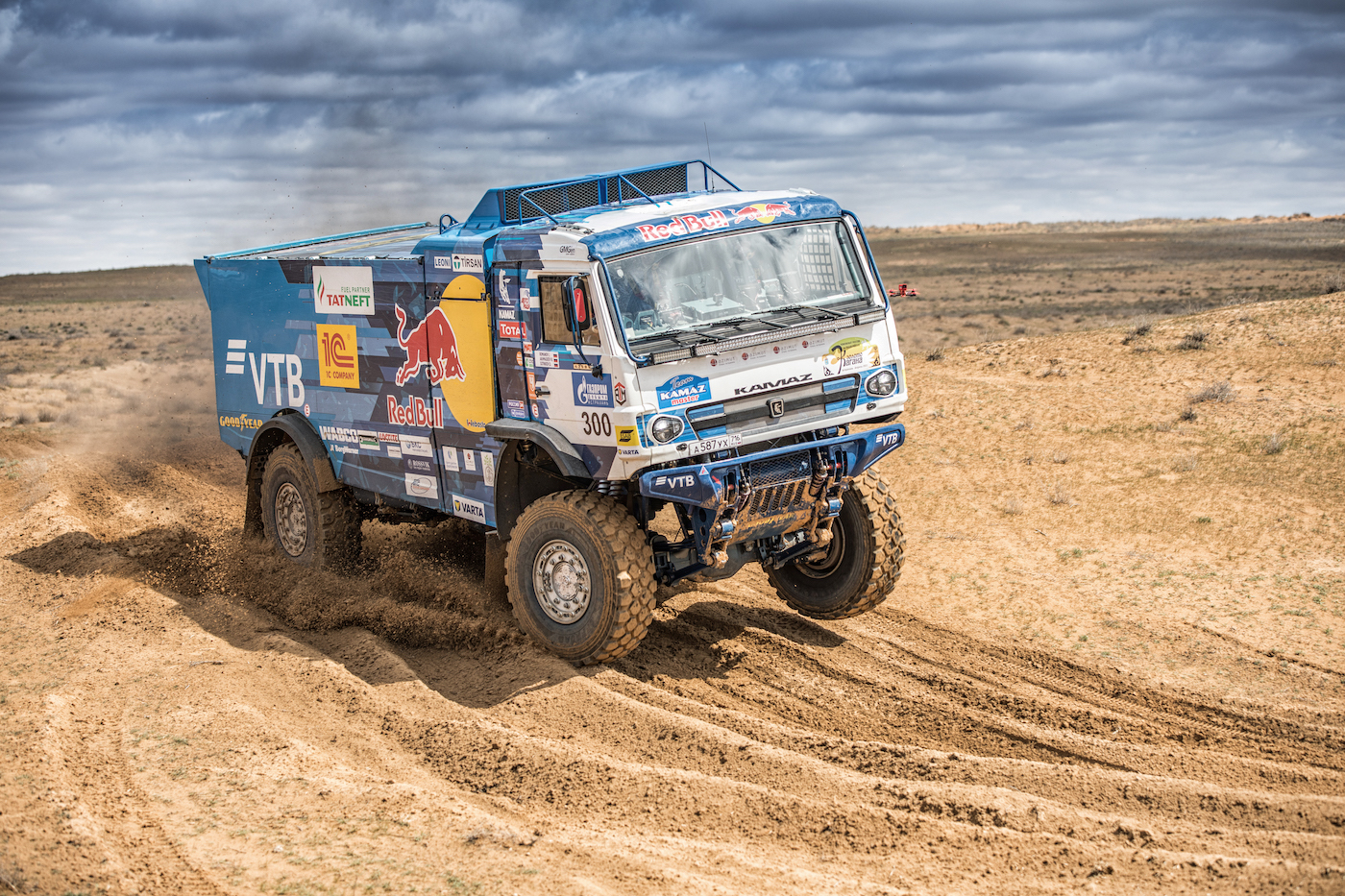 The second stage of the Russian rally raid championship "Gold of Kagan - 2021" has ended in the Astrakhan region. The winner was the crew of Dmitry Sotnikov from the Kamaz Master team.

In the best traditions of rally raids, the fourth 247-kilometer special stage in the truck category was a pulsating spectacle until the very last kilometer. The crews of Dmitry Sotnikov (Kamaz Master) and Sergey Vyazovich (Belarussian MAZ-SPORTauto) went head-to-head in search of victory. From the very start, the Belarusian crew tried to close the gap. Sergey Vyazovich set the best time for the fourth special stage, but even this was not enough to overtake Dmitry Sotnikov's crew in the overall standings. After four days of competition and 853 km of racing, the first and second places in the truck standings were divided by only one minute and nine seconds. Bronze went to the crew of another KAMAZ driver - Anton Shibalov.

The crew of Sergey Kupriyanov, in a KAMAZ gas-diesel truck, also performed strongly. This "green" project using methane as a fuel dates back to 2012 and is implemented jointly by the Kamaz Master team, Gazprom and VTB Bank.

Summing up the results of the "Gold of Kagan" event, the head of the Kamaz Master team Vladimir Chagin noted that effective teamwork was a decisive factor while drivers displaced elite physical and mental conditioning.

"Gold of Kagan" is an important stage in the preparation of the Kamaz Master team for the Silk Way Rally 2021 which will take place from 1 to 11 July from Russia’s Omsk to Ulaanbaatar in Mongolia.