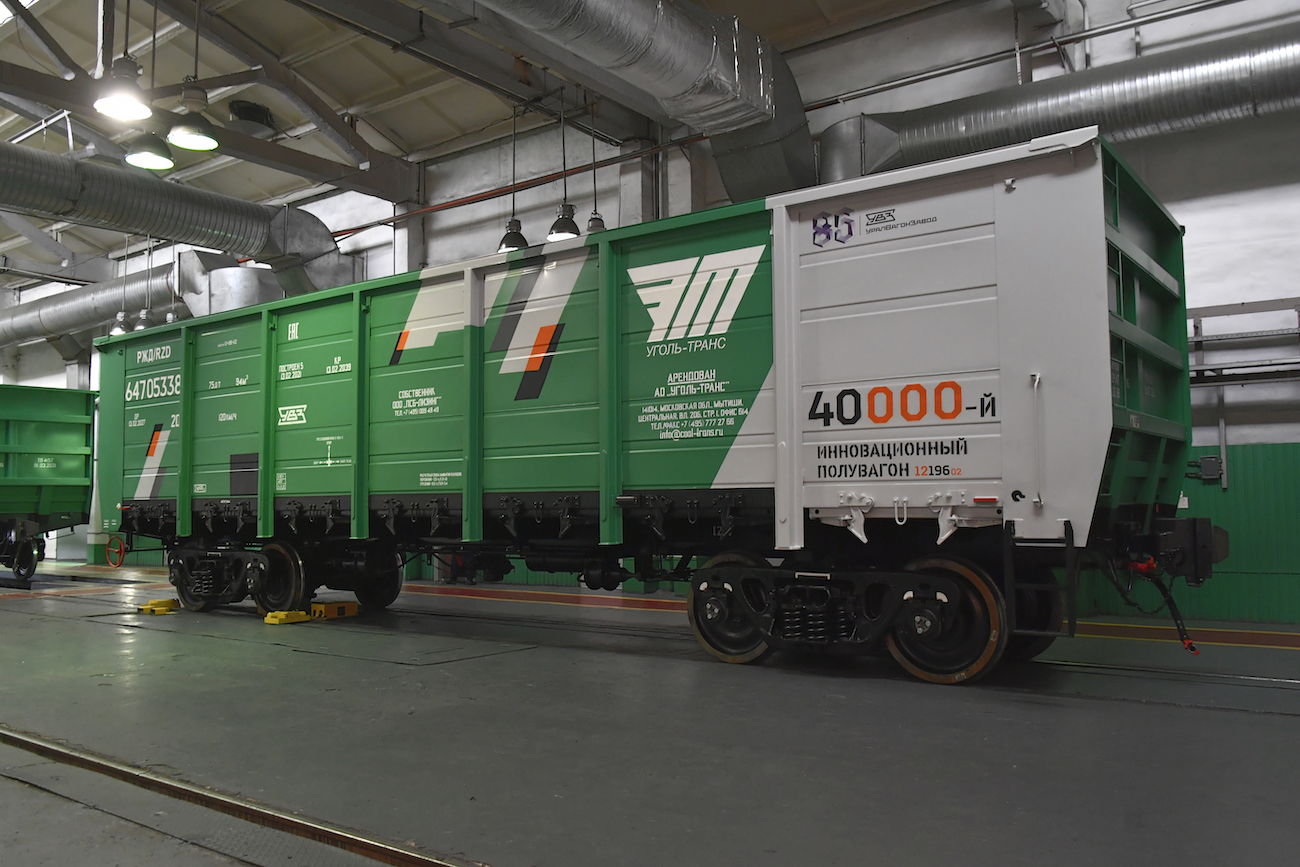 At Uralvagonzavod, part of Rostec State Corporation, a ceremony was held to mark handing over the 40,000th innovative open-top (gondola) 12-196-02 model railcar. The product with the number "40,000" came off the assembly line of the paint-delivery shop, after which representatives of Russian Railways and the technical control department of Uralvagonzavod signed the railcar's passport.

“It is symbolic that the 40,000th innovative gondola railcar was produced on the eve of the 85th anniversary of Uralvagonzavod. From the very beginning, our designers and railcar builders set the tone for the entire industry. In total, over the 85-year history of Uralvagonzavod's wagon-assembly line, more than 1.45 million railway products have been produced, of which almost 50,000 are innovative models”, noted acting chief engineer Pavel Slobodyanik.

The workload of Uralvagonzavod's wagon-assembly production is stable: planned production of rolling stock amounts to 15,000 wagons of all types while contract work also continues. In addition, the production of new products is being constantly optimized to enter the 1520mm gauge market in the very near future, including a platform for transporting containers with improved turnaround times.

Vladimir Putin Made a Working Trip to Uralvagonzavod