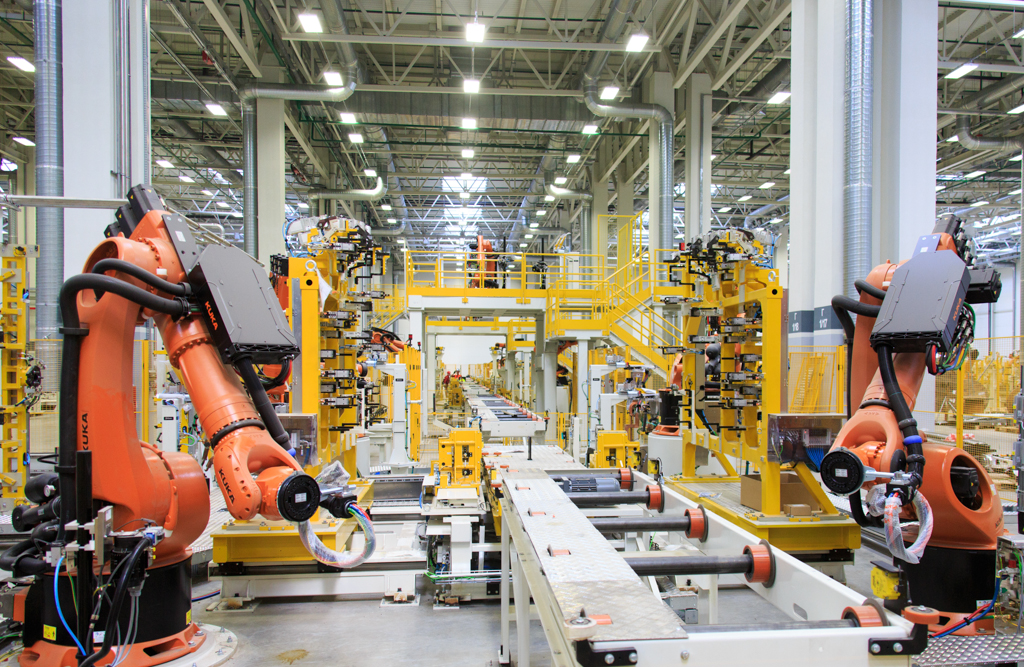 Today, on May 27th, the grand opening of a new plant for the production of cabin frames for KAMAZ and Mercedes-Benz trucks took place in Naberezhnye Chelny.

The opening of a new plant for the production of cabins for trucks in Naberezhnye Chelny is a major milestone in the history of cooperation between the Russian auto giant KAMAZ and the largest international automotive concern Daimler AG. The production plant will be managed by Daimler KAMAZ Rus – a joint venture between the two companies.

The manufacturing capacity of the plant is 55 thousand cabins per year. The cabin frameworks will be supplied to the KAMAZ assembly line and the assembly production of Mercedes-Benz trucks in Naberezhnye Chelny. The commissioning of a new enterprise with an area of more than 60 thousand square meters will facilitate creation of 700 new jobs.

Production has the highest level of automation in Russia. There are welding shops, painting booths, logistics and power center on its territory. After welding, the cabin frames are conveyed to the second floor, after which they fall on the cataphoresis and paint line, and then on the drying line. This is followed by the logistics area, where they are shipped to the assembly lines of KAMAZ and DK Rus for subsequent assembly and installation on the chassis.

The new plant follows the principles of clear logistics and lean manufacturing. Highly automated welding shop to achieve premium quality, the use of innovative painting technologies based on superhard paintwork materials, an automatic system for loading cabins into specialized trailers for their further transportation to assembly lines — all of these newest technologies were implemented for the first time in Russia at a cabin frames producing factory. The total investment in the creation of a plant for cabin skeletons was more than 14 billion rubles.

The official opening ceremony marking the launch of the new plant was attended by the head of Rostec State Corporation Sergey Chemezov, President of the Republic of Tatarstan Rustam Minnikhanov, General Director of KAMAZ Sergey Kogogin, Presidential Envoy in the Volga Federal District Igor Komarov and Deputy Minister of Industry and Trade of the Russian Federation Alexander Morozov.

“The implementation of an investment project with a cost of more than 14 billion rubles allowed KAMAZ and Daimler to create a truly modern“ digital ”factory in Russia that meets the high standards of Industry 4.0. Its production capacity is up to 55 thousand cabins per year. All processes at the enterprise - from making management decisions to monitoring the technical condition of machines and the supply of components - are automated. As a result, the effectiveness of each workplace here is five times higher than in traditional industries”, said Sergey Chemezov.

“The launch of the new cabin frame plant became an important point of investment program implementation on the way to transition of KAMAZ to the production of a new model range - cars of the K5 generation”, commented Sergey Kogogin. “The first model of the product line is the main tractor KAMAZ-54901, we have already begun to produce in the company.”

“The implementation of the cabin plant project enables the Concern to provide support to KAMAZ company in updating and upgrading the model range. By doing so, Daimler AG contributes to the development of the Russian automotive industry, shares with knowledge, experience and its developments in order to automate and improve production processes as much as possible”, said Andreas Deuschle.