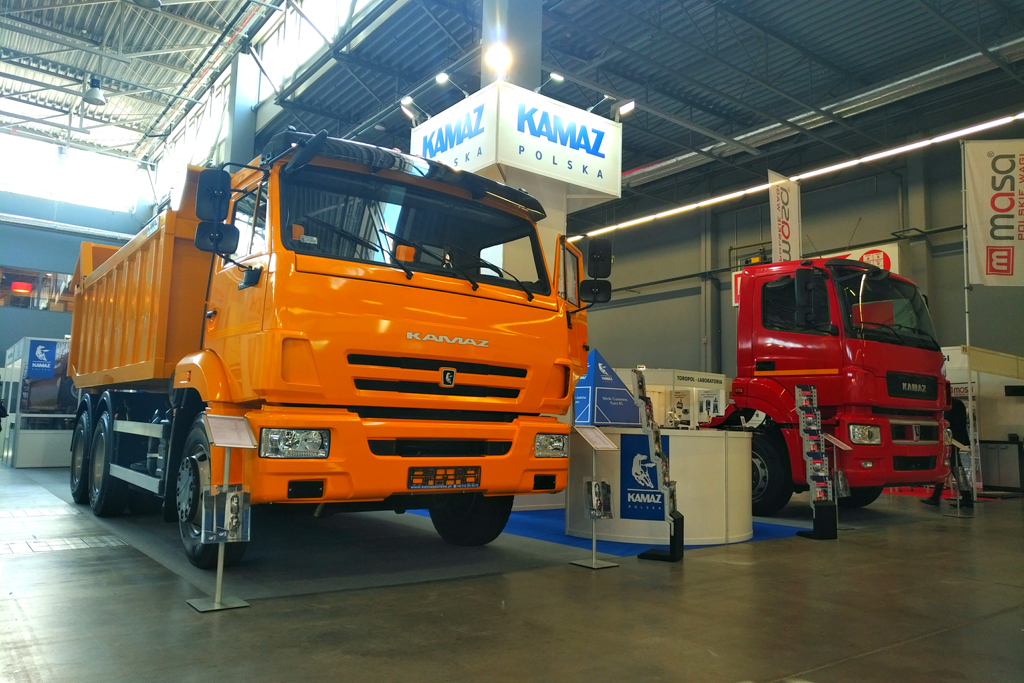 KAMAZ participated in a major international road construction exhibition Autostrada-Polska, which ended in the city of Kielce (Poland).

The Russian car manufacturer presented at the exhibition three models that are in demand in the construction segment: dump trucks KAMAZ-65115, KAMAZ-43118, and also chassis KAMAZ-65111. All of them are assembled at the assembly plant "Autobagi" in Lithuania and comply with the ecological standard "Euro-6".

The company expects that the models presented at Autostrada-Polska will be in demand in Poland, since "these vehicles proved themselves in road construction and will be able to compete in the European market due to being more affordable than their foreign counterparts".

The press service of the company noted that Polish consumers are familiar with the production of KAMAZ - the auto giant has been exporting cars to Poland since the days of the Soviet Union. After a long break KAMAZ returned to the Polish truck market having entered into a contract with the Lithuanian company Autobagi in 2013.

In the city of Rokiškis (Lithuania), an assembly of KAMAZ vehicles was set up. It is noteworthy that the first eight "Lithuanian" KAMAZ vehicles were purchased by consumers from Poland. Since 2016, "Autobagi" has started assembling trucks equipped with Cummins engines that comply with the Euro-6 standard.

Nowadays six KAMAZ models having the necessary EU certificates are available for European consumers. in the meantime various special superstructures of both Russian and European production are installed on the chassis assembled in Lithuania. Plans for the current year include expansion of the model range, in particular through by bringing cars of the prospective family to the market.