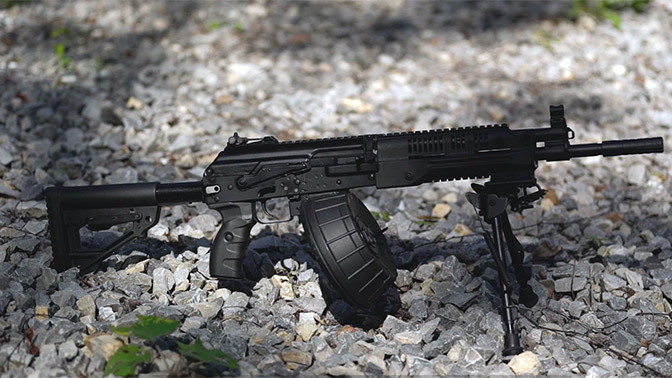 Kalashnikov Concern affiliated to Rostec State Corporation and the Russian Ministry of Defense have signed a contract for equipping the armed forces with new 5.45 mm RPK-16 machine-guns. Aleksey Krivoruchko, Kalashnikov’s CEO, has confirmed this information. Machine-guns have earlier successfully passed testing in the army.

A multifunctional machine-gun RPK-16 combines features of a light machine-gun with an assault rifle. The gun structure makes it possible to replace the barrel. Thereby RPK-16 with a short barrel may be used as an assault rifle while a long barrel will turn it into a machine-gun.

RPK-16 was first presented at the Army Exhibition in 2016, and its serial production is to start this year.