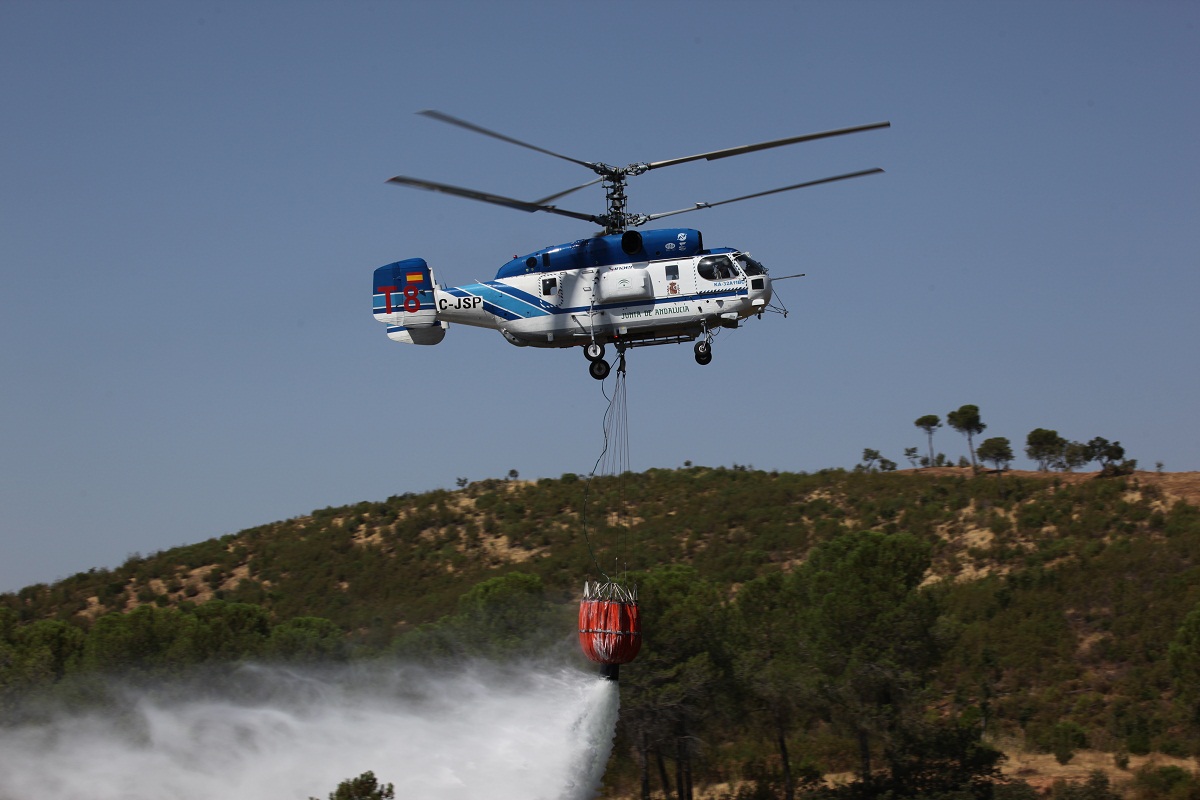 "Russian Helicopters" Holding company acts as a sponsor of the Aerial Firefighting Conference, which will take place in France 10 - 11 April 2013, according to the press service of helicopter industry holding.

Wildland Fire topic is especially acute issues for several European countries in the summer. The Aerial Firefighting Conference is held for the 10th time and gathers fire safety specialists and developers from all regions of the world that use aerial fighting equipment.

"Russian Helicopters" pay great attention to the development of firefighting helicopter models and has already reached considerable success: Ka-32A11BC is internationally recognized as one of the best firefighting vehicles. Coaxial rotors allow Ka-32A11BC to perform precise maneuvers in restrained urban areas and highlands, gives additional stability to the hovering helicopter in rough atmosphere, and also provides an opportunity to land on a small unequipped sites.

The Conference participants will see demonstration of firefighting helicopter Ka-32A11BC of Spanish-owned operator INAER, specializing in the provision of emergency services, fire fighting and disaster management.

Firefighting Ka-32A11BC model is able to extinguish fire using bambi bucket and water cannon. Ka-32A11BC meets AP-29 Airworthiness Standards and has a certificate, issued in 2009 by the European Aviation Safety Agency (EASA). Helicopter is certified in Canada, China, India, Brazil and other countries. In December 2012, helicopter takes acknowledgment of the Certificate of Airworthiness in Australia.

In 2013, Ka-32A11BC helicopter became a symbol of the Global Helicopter Firefighting Initiative (GHFI), aimed at improving the efficiency of specialized firefighting helicopters. "Russian Helicopters" Holding launches this program in February 2013, in the course of participation in the Australian International Airshow - AVALON 2013. To participate in the GHFI program are invited manufacturers of fire protection systems and equipment for the helicopters who offer innovative technology to improve the quality features of the helicopter firefighting systems.

Beside specialized Ka-32A11BC helicopters, the "Russian Helicopters" Holding product line for firefighting and rescue equipment will be represented by the Mi-8/17 medium helicopter modifications and ANSAT and Ka-226T light multi-role helicopters.

Russian Helicopters to Get Access to MRO Service in South Africa