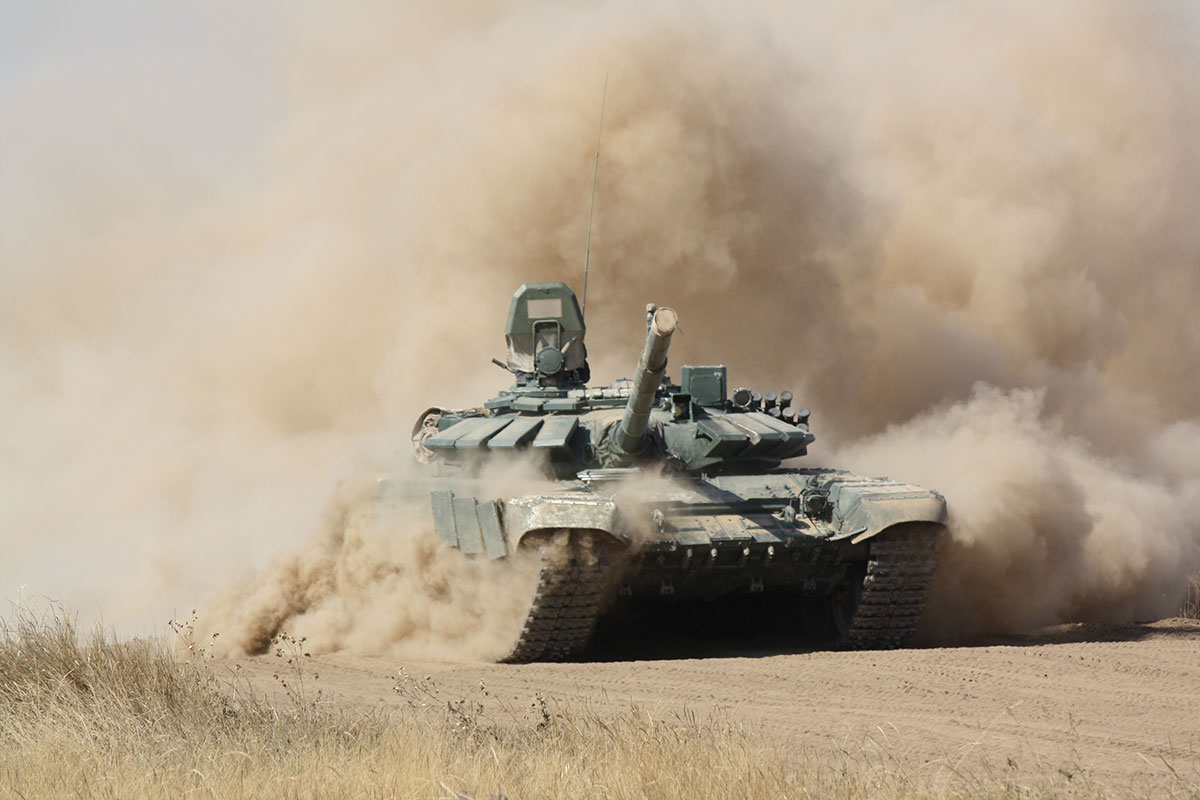 T-90 tank was brought into service thirty years ago in autumn 1992. This series of vehicles took on the world market – they became the world’s best-selling tanks in the first decade of the 2000s. The T-90 has been upgraded numerous times over the past years. For the latest T-90M ‘Propyv-3’ version being deployed currently, the Uralvagonzavod designers have introduced a set of conceptual innovations both in terms of protection and armament and crew's comfort, meaning that they have actually created a new tank.


Its own way of the Russian tank

The Т-90 was created with due regard to the T-72 tank development and improvement experience, and to the study of recent military conflicts. American M1 Abrams – one of the heaviest modern thick-armored tanks – was treated as the main competitor. The Urals-based plant took a different approach. 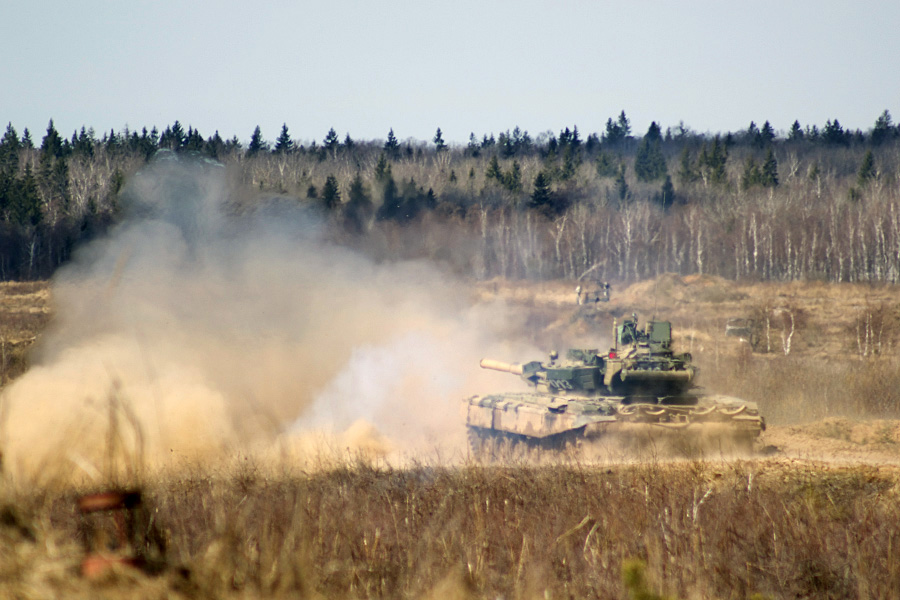 Shtora-1 soft kill system was installed on a tank for the first time ever to ensure guided missile control disruption and laser range-finder countermeasures. 1A45T Irtysh automated integrated fire-control system and PNK-4S commander’s sighting and observation complex allowed to fire the cannon and machine guns from stationary position and in motion at any time of day or night. Armored combat vehicles, including tanks, were killed by guided missiles using 9K119 Refleks guided anti-tank missile system developed by Instrument Design Bureau in Tula. Thanks to this system, the tank firing range was increased up to 5 km.

Way out is in exports

In the early 1990s, when the vehicle had been almost ready for mass production, the Soviet Union broke up and so did all intricate relationships in the defence industry. The T-90 project was finally shaped up mainly owing to the talents of Chief Designer Vladimir Potkin who saved both the new tank and Uralvagonzavod as a whole by providing job orders for many years to come. 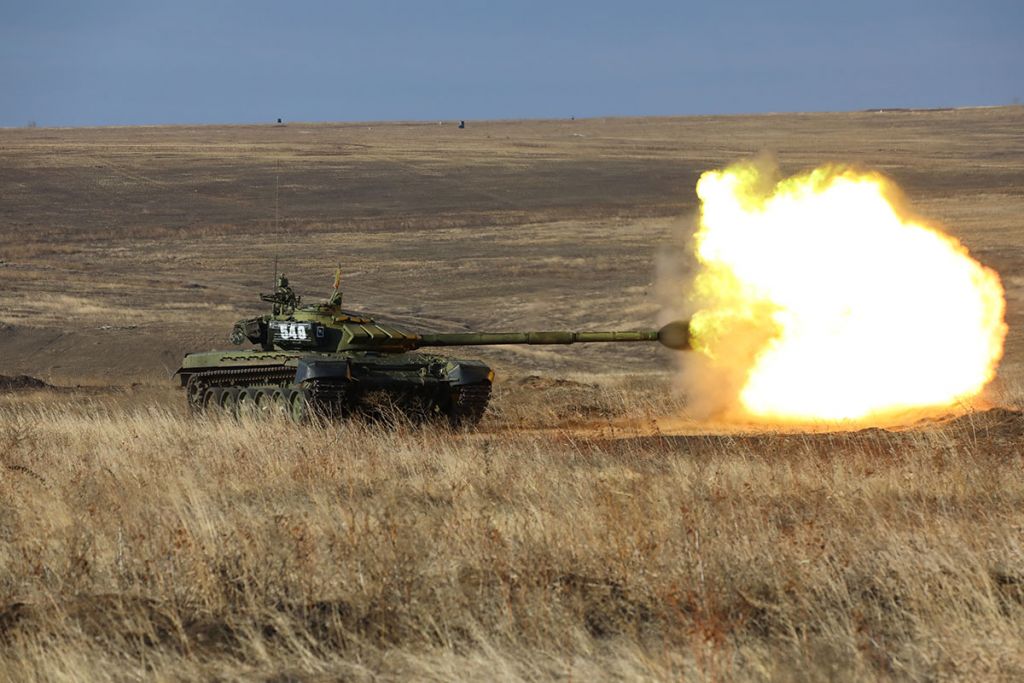 As a result of dramatic reduction in the state defense procurement budget, the volume of new vehicle output was small and the tank procurement was terminated by the Ministry of Defence by the end of the 1990s.

With that the history of the T-90 could have come to an end, but too many things were at stake – operation and existence of the Design Bureau and renown Uralvagonzavod. Export promotion process for the new T-90S version started.

The Indian military, who were looking for the basic tank for their army, showed the main interest in the vehicle. Indians requested to replace the engine with a more powerful one which was developed within the shortest possible time. Three vehicles were prepared and sent to India for testing in 1999. Strenuous work in those days affected the Chief Designer – Vladimir Potkin suddenly died in the middle of his active work. The T-90s flew to the Indian test site on the day of the tank maker’s funeral. 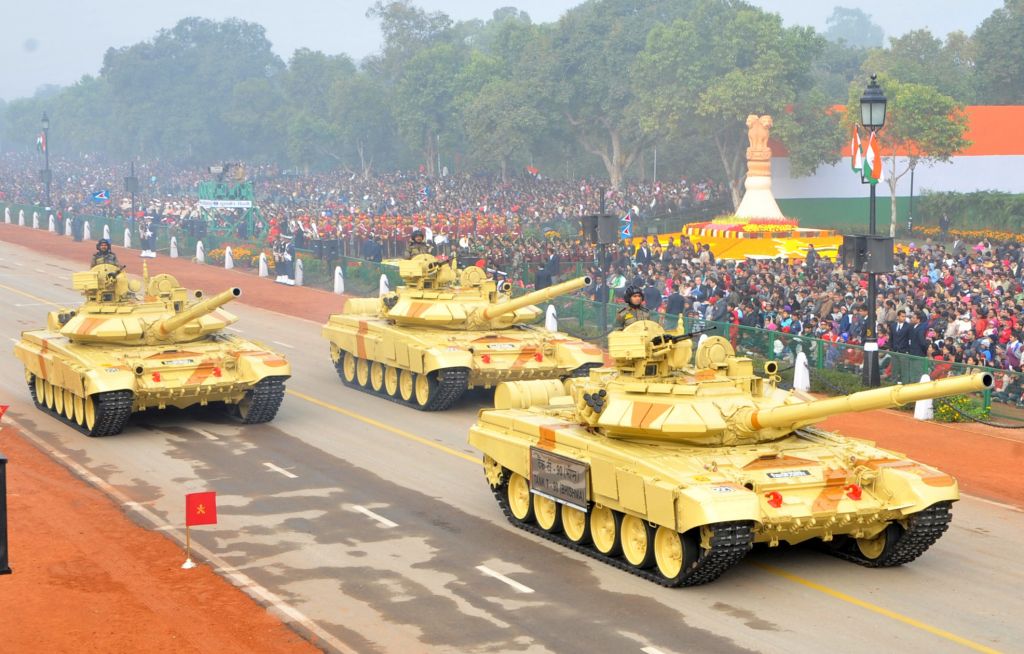 The T-90 is going along Rajpath during the parade for 65th Republic Day, India, New Delhi

History had never known such tank tests to which Russian tanks were subjected in India during two months. T-90s overcame the absence of roads in deserts in heavy dust pollution conditions and heat up to 53 °С. Corrective measures were taken by Russian personnel on site. T-90s withstood all tests and a record-breaking contract, worth $ 1 billion, was signed as a result.

General D.Singh believed that T-90S constituted the second essential deterrent next to nuclear weapons, and the tailor-made tank version was named "Bhishma" (“Terrible”) after the warrior of an Indian  epic.

The Indian contact was followed by other international contracts for the Russian tank. In the 2000s, the T-90 was the most commercially successful tank in the world.  In addition to India, which was still the major importer, the tank was brought into service in Azerbaijan, Algeria, Turkmenia, Uganda, Vietnam, Iraq and other countries. Customers were and are still attracted by the vehicle’s exceptional reliability, fail-safety, maintainability and durability with the best value for money. 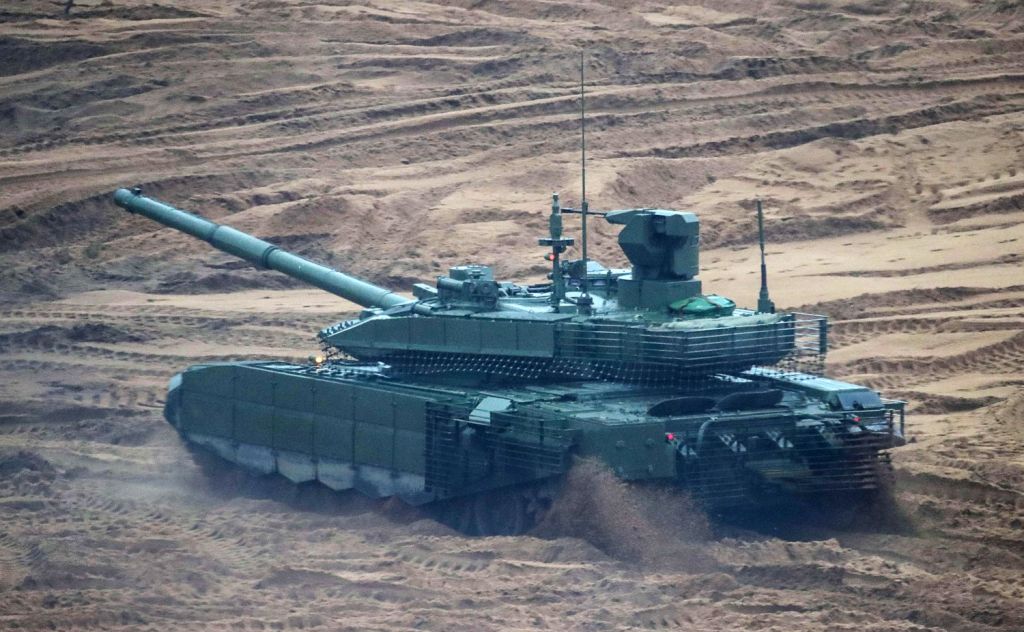 It is safe to say that the international success of the T-90 inspired a renewed interest in the project among the Russian military – it was the export version that was used as the basis for a new state defence procurement. The T-90A version was brought into service in 2005, and the first T-90M ‘Proryv-3’ tank (considered as a new vehicle by experts) began entering service in 2020.