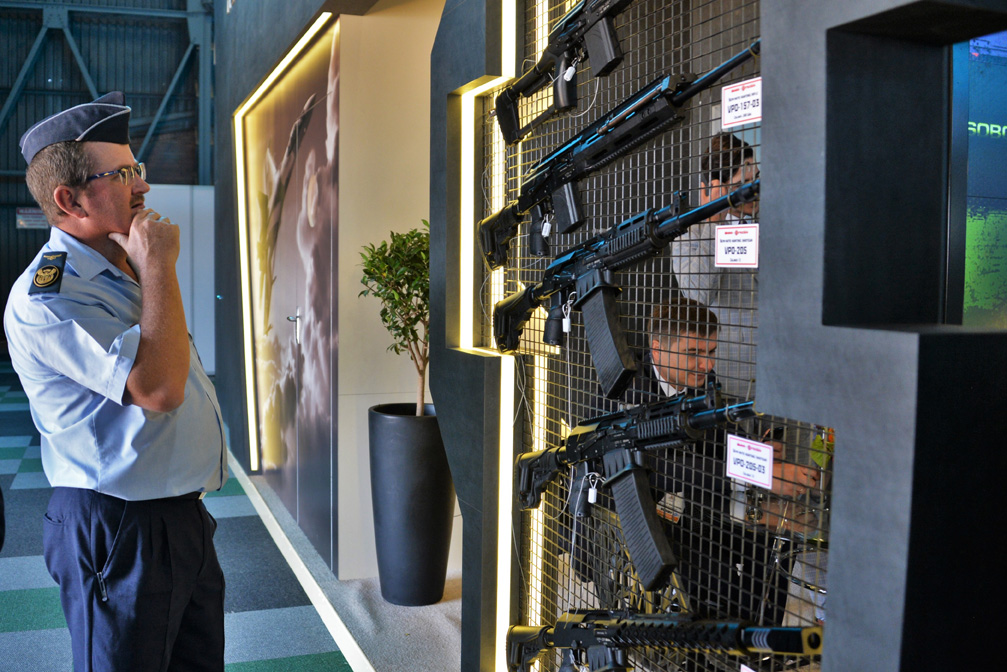 On September 17, 2019, in the framework of the research and practice conference, devoted to the 100th anniversary of Mikhail Kalashnikov, JSC Rosoboronexport, part of the Rostec State Corporation, signed an agreement on cooperation and partnership with Non-profit Organization “M.T. Kalashnikov Union of Russian Gunmakers”.

The signing of the document aims to increase the volume of exports to the external market of non-military and service weapons, as well as cartridges for them. Besides, the agreement shall serve the purpose of better understanding between the main Russian exporter of special products and manufacturing enterprises constituting the Union of Gunmakers on the issues of foreign customers’ needs and market trends.

“The market of non-military and service weapons is the new area of our work. Nevertheless, by now Rosoboronexport has already fulfilled one contract on this subject matter and has prepared over 30 commercial offers to partners from 20 countries in the amount of around 2.5 billion roubles. I am confident that by means of our joint efforts with the Union of Russian Gunmakers we will be able to increase considerably the share of Russian products in this fairly concentrated market segment and to support our enterprises,” said Rosoboronexport’s Director General Alexander Mikheev, who is also holding position of deputy chairman of the Union of Russia’s Machine Builders.

Rosoboronexport undertakes pro-active marketing work in the world market on the issue of exporting non-military and service weapons of Russian production. Potential foreign customers are currently considering commercial offers on various modifications of the Saiga carbines, guns MR-18, MR-135, MR-156, MR-27 and MR-43, Viking pistols developed and produced by the Kalashnikov Concern, part of the Rostec Corporation, rifles ORSIS T-5000М, Vepr carbines, cartridges for them and various accessories. Foreign customers are also explicitly interested in civilian modifications of the Dragunov sniper rifle under the trademark of Tigr.

Apart from combat systems, Rosoboronexport was given the right to export non-military weapons in the interests of law-enforcement agencies of partner nations. This happened in 2017 after the amendment of the Russia law “On Weapons”. This created the most comfortable conditions for concluding integrated contracts on the delivery of products, and gave an opportunity to the company’s partners to purchase the whole spectrum of Russian weapons, which they need, from a single reliable exporter.

The practice of the longstanding work of Rosoboronexport shows that the company has all the necessary competencies to export not only military equipment and materiel, but also civilian, as well as dual-use products. The main potential customers for non-military and service weapons are the police and special services of foreign countries, as well as numerous shooting sports and hunting associations.