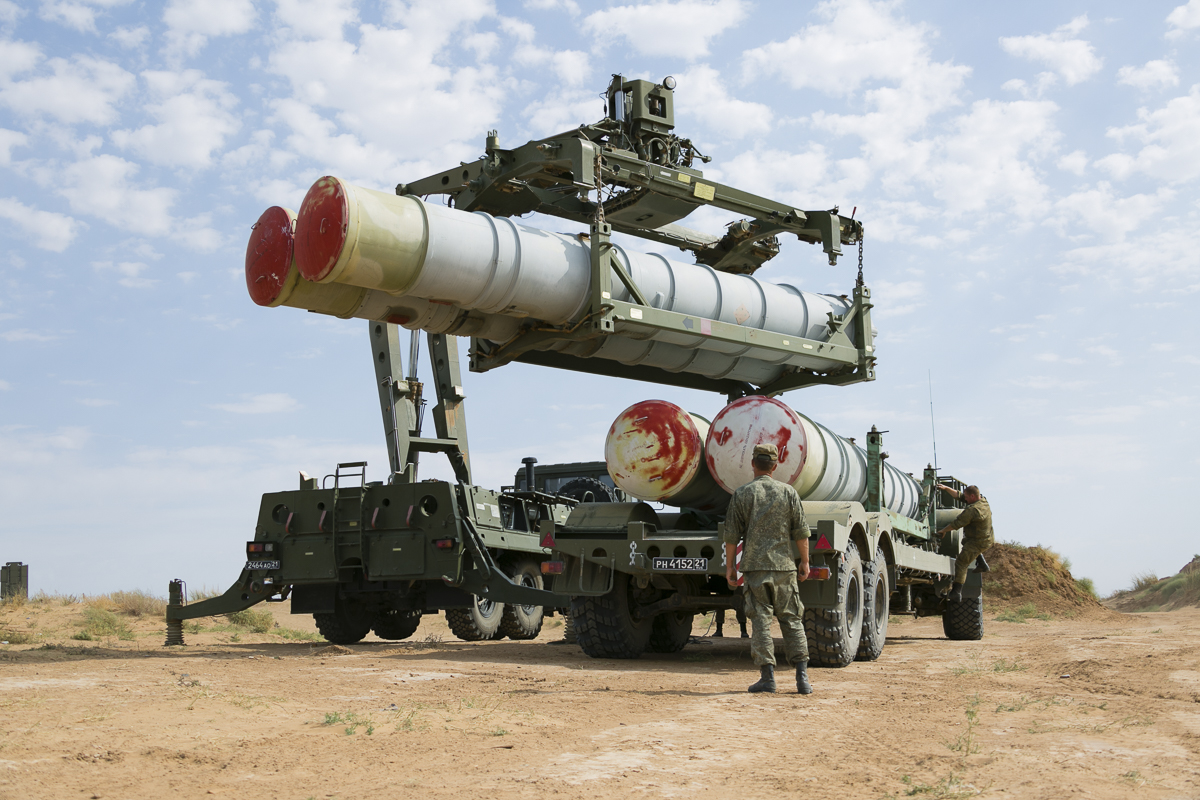 Photo by Ministry of Defense of the Russian Federation

Rosoboronexport, which is a part of Rostec State Corporation, completed the delivery of the first shipment of S-400 Triumph long-range anti-aircraft missile systems to Turkey on 25th of July this year, developed and manufactured by the Almaz-Antey Aerospace Defense Concern.

Rosoboronexport has fulfilled the first part of its obligations to its Turkish partners. In total, starting from the 12th of July, more than 30 special flights with the first shipment of S-400 air defense systems to Turkey were completed. Some Turkish specialists have already been trained in Russia. We will ship the rest of the consignment in accordance with the schedule agreed by the parties, at the same time we will conduct training of the bulk of the specialists in the maintenance and operation of the system. We are currently negotiating further cooperation on this issue, including the organization of licensed production of individual elements of the system in Turkey”, said General Director of Rosoboronexport Alexander Mikheev.

Rosoboronexport signed a contract for the supply of S-400 Triumph air defense systems to Turkey in April of 2017 in Moscow. It is the company’s largest export contract with NATO countries.

“S-400 supplies strengthened not only Turkey’s air defense system, but also the strategic partnership of our countries. We have complete mutual trust. Rosoboronexport plans to maximize contacts with the Turkish side on the implementation of mutually beneficial projects, including the sphere of helicopter engineering, military aviation and air defense systems”, said the head of Rosoboronexport.

The main advantage of the S-400 is its versatility. The air defense system is capable of combating both all types of aerodynamic targets and ballistic missiles of up to medium-range ballistic missiles. Triumph is several times superior to its foreign counterparts in terms of main key features. In addition, it is able to integrate into global national air defense systems, consisting of elements of production in other countries, without any loss of its functionality.

Russia to Discuss Promising MTC Projects at IDEF 2019 in Turkey