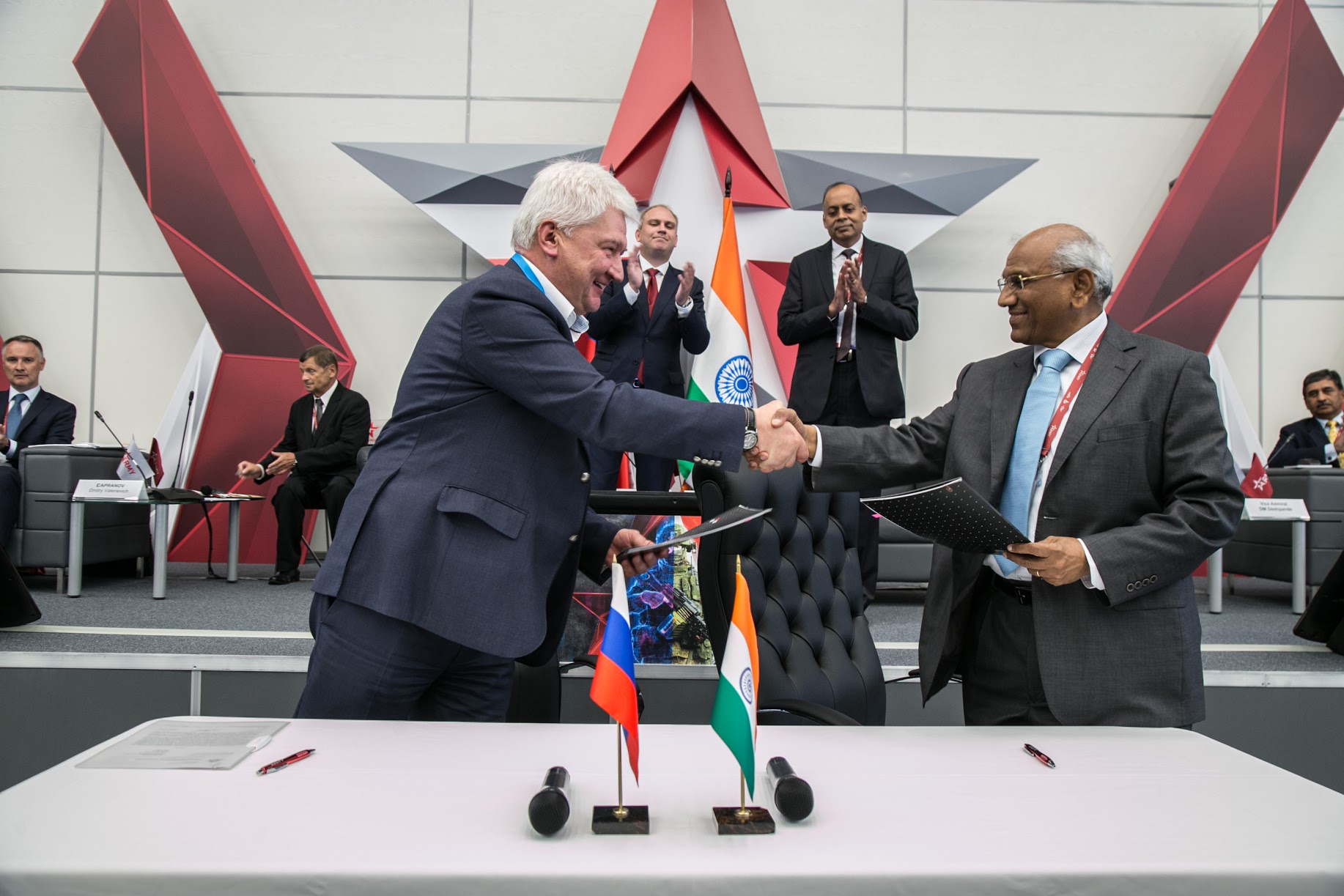 The Radio-Electronic Technologies Concern (KRET), part of the Russian State Corporation Rostec, and the Indian company Space Era Materials and Processes have concluded an agreement on the participation of the Russian side in establishing a service centre for military aviation in India. The agreement was signed during “Army-2018” forum held on 21-26 August in Moscow Region. A service facility with an area of ​​30,000 square meters is already under construction in Hyderabad.

The agreement will allow the Russian side to participate in competitions held by the Indian government to provide after-sales service of military hardware supplied by Russia, and also to take part in creating a service center for Russian-made aircraft and helicopters.

“KRET has been working with Space Era since 2015,” said KRET’s first Deputy General Director Vladimir Zverev during the signing. “The signed agreement will create an official centre in Hyderabad for the maintenance and repair of on-board electronic equipment and radar equipment installed in Russian-made aircraft. Currently the Indian side is building a facility with an area of ​​about 30,000 square meters, including, among others, helipads. In light of the gained rights to carry out foreign trade activities, the task of KRET will be to organize the servicing of aviation equipment for the full range of products we produce. This work will be carried out in coordination with the Indian Air Force. We had to have this agreement to proceed to work with the Indian Defense Ministry” – Zverev added.

Under the agreement, KRET and Space Era will develop a joint work plan for the next five years, as well as build the necessary logistics and exchange of specialists and information to create the necessary material base for the project.

“India is one of our main partners in the region. Rostec is ready to provide advanced technology and contribute to the development of the nation’s industry. We are confident that our joint projects will allow us to attract ‘smart’ capital to the economies of India and Russia and help Russian and Indian companies enter new markets,” Rostec’s Director for International Cooperation and Regional Policy Viktor Kladov said.

Space Era develops, manufactures, stores, supplies, assembles, maintains, repairs and renovates parts, subsystems, components and equipment, including electronic warfare systems and equipment, which are used in the production of aircraft, radar installations and other electromechanical components, complexes and equipment in India.

The Radio-Electronic Technologies Concern (KRET) is the largest Russian holding in the radio-electronic industry. It was formed in 2009 and is a part of Rostec State Corporation. Its main areas of activity are the development and production of systems and complexes of avionics for civil and military aviation, airborne radar stations, friend or foe identification equipment, electronic warfare complexes, measuring equipment for various purposes. In addition, the Concern's enterprises produce modern household and medical equipment, as well as equipment and control systems for the fuel and energy complex, transport and machine building. The Concern includes more than 65 scientific research institutes, design bureaus and assembly plants located in 29 constituent entities of the Russian Federation. It has about 43,000 employees.

Rostec Identified Potential Partners in Localization of Ka-226T in India