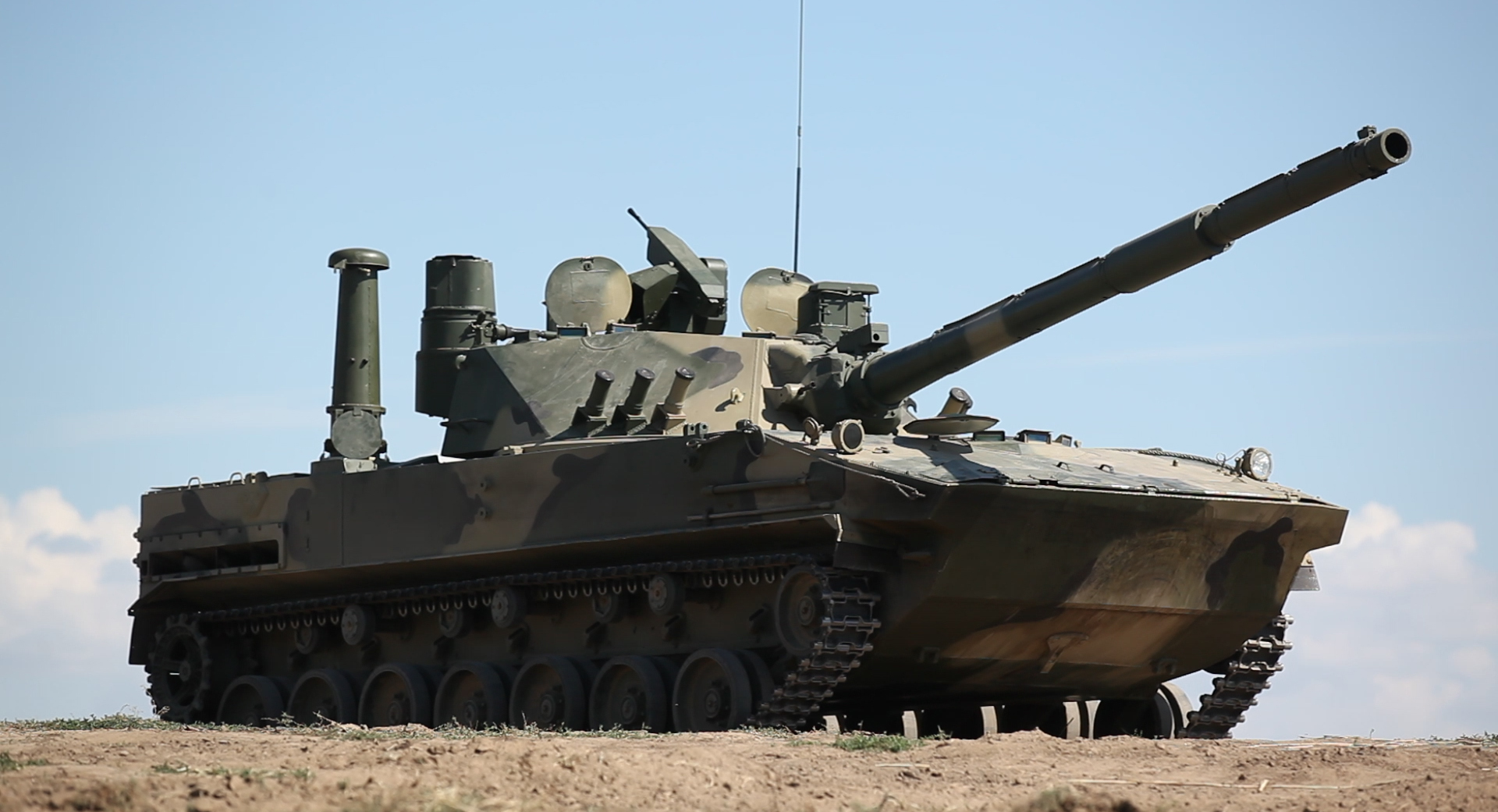 The Sprut-SDM1 light amphibious tank, created by the High-Precision Weapons holding company of the Rostec State Corporation, has passed the first stage of state trials in maritime conditions. The second stage, which includes testing firing capabilities when afloat, will begin shortly.

As part of the first stage of sea trials, the vehicle demonstrated both high navigation capability during tests in the Black Sea and the ability to be transported by large landing ships. During the second stage, it has to pass firing trials using its 125-mm self-propelled anti-tank gun 2S25 in sea states of up to 3 points.

“Sprut-SDM1 is not inferior in firepower to tanks such as T-80, T-90, and its mobility on land and water is at the level of BMD-4M. The tank is capable of completing complex tactical missions, in particular, reconnaissance, working as part of raid or forward detachments, defense maneuvers, attacking through water obstacles, amphibious operations, and territory control. The main operator or Sprut is the Russian Airborne Forces, but I am sure it will also interest foreign customers. First of all, we are focusing on the markets of India, Asia and the Middle East”, said the Industrial Director of Weapons, Ammunition and Special Chemistry at Rostec, Bekkhan Ozdoev.

In the fall of this year, we are commencing climatic tests: the light amphibious tank has already proven its performance in high temperatures, now it has to withstand operation in cold conditions. Currently sea trials of the Sprut-SDM1 are underway. The tank must travel 8,000 km, which is the full range of its mileage warranty, while maintaining full reliability of its systems. Firing trials are also planned during each stage of the testing period.

The full cycle of state trials is scheduled to be completed in early 2022. According to their results, the design documentation for a light amphibious tank will be assigned with the label "O1", which allows to start serial production, and Sprut-SDM1 will be recommended for adoption by the Russian army.

Created at the Kurganmashzavod, Sprut-SDM1 is equipped with a 125-mm 2A75 cannon and corresponds to the T-90MS tank in terms of firepower. The cannon can fire modern armor-piercing sub-caliber, cumulative, high-explosive fragmentation shells, as well as ammunition with remote detonation. It can destroy targets at up to 5 km. The UTD-29 500-horsepower multi-fuel diesel engine outputs power required to move an 18-ton combat vehicle with a crew of three at speeds up to 70 km/h on land and up to 10 km/h on water.