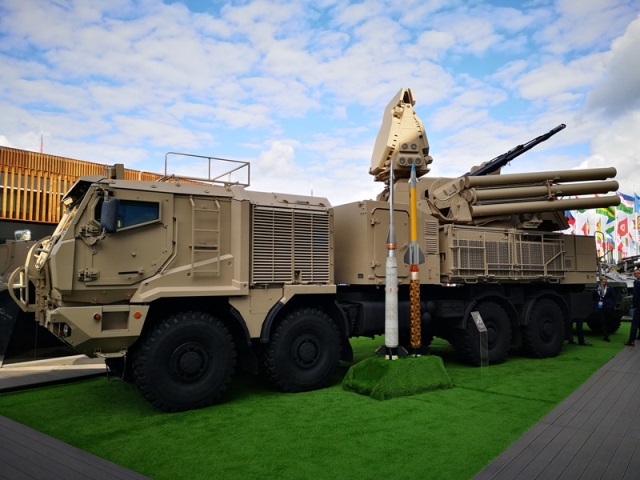 "Rosoboronexport’s negotiations with foreign partners during ARMY-2021 resulted in around 20 new contracts with a total worth of over €2 billion”, said Alexander Mikheev, Director General of Rosoboronexport.

“Rosoboronexport’s supply contracts for the Pantsir-S1M self-propelled anti-aircraft missile and gun system, the Krasukha electronic warfare system and the Repellent-Patrol mobile electronic countermeasures system were the first ever export contracts signed for these particular products” – added Alexander Mikheev. “Also for the first time in the history of military-technical cooperation between Russia and a foreign country, we have agreed to integrate our Palma naval missile and artillery system to an anti-air defense platform used on a foreign-made ship."

One of the key events of the forum was live dynamic demonstration of various weapons and equipment organized by the Russian Ministry of Defense and Rosoboronexport for the company's foreign partners. The event was organized at the Alabino training field.

Likewise at the Kubinka airfield, the partners of Rosoboronexport got acquainted with over 40 different units of aviation systems, and also got to observe both flights of aerobatics groups and over 25 individual flights.

Small arms were demonstrated at the Rosoboronexport’s pavilion, at the manufacturers' stands, and at the shooting ranges of the Kalashnikov Concern, High-Precision Weapons holding company, TSNIITOCHMASH and Lobaev Arms, where the company’s partners could personally test fire the main weapon samples.

Rosoboronexport has also actively promoted the products displayed at the forum on the Internet. The company's website and social networks have hosted a video announcement of the exhibition with a demonstration of new products, a virtual tour of the exposition with VR elements, online presentations of the company, daily broadcasts of dynamic demonstrations at the Alabino training field and various International Army Games events.