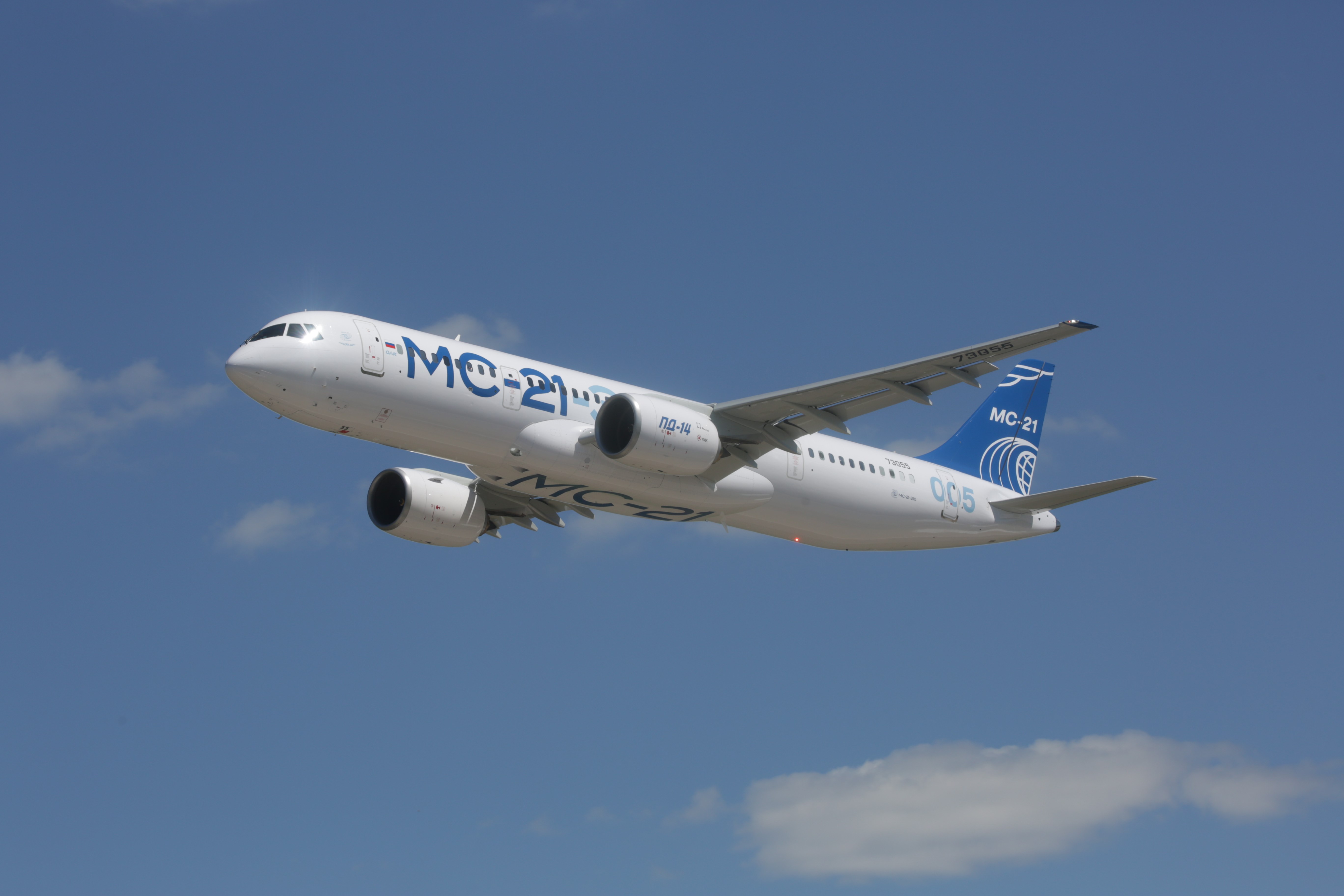 The MC-21-310 powered by new Russian PD-14 engines took part in the flight program of the first day of Dubai Airshow 2021. The flight lasted 10 minutes, the aircraft was piloted by a crew of Irkut Corporation test pilots Vasily Sevastyanov and Andrey Voropayev.

The demonstration flight included a number of elements showcasing the airliner's capabilities: quick climb to 800 m, turns with climb and descent, a 45-degree slide at a minimum speed of 210 km/h, a 2g turn, passage at the altitude of 100 m saluting the visitors by rocking of the wings.

Dubai Airshow 2021 is the place of international debut of the new aircraft created by UAC with domestically produced PD-14 engines. Business and economy class salons were partly installed on the airliner to exhibit the advantages of MC-21: a broadened passage between seats made possible by the widest fuselage in its class.

The MC-21-310 landed in Dubai on November 10, 2021. The aircraft performed a non-stop flight from Zhukovsky, Moscow Region, to Al Maktoum Airport, Dubai. During the flight the plane covered about 3,700 km, part of the route was over the sea. According to the crew's report, the flight proceeded as per protocol.