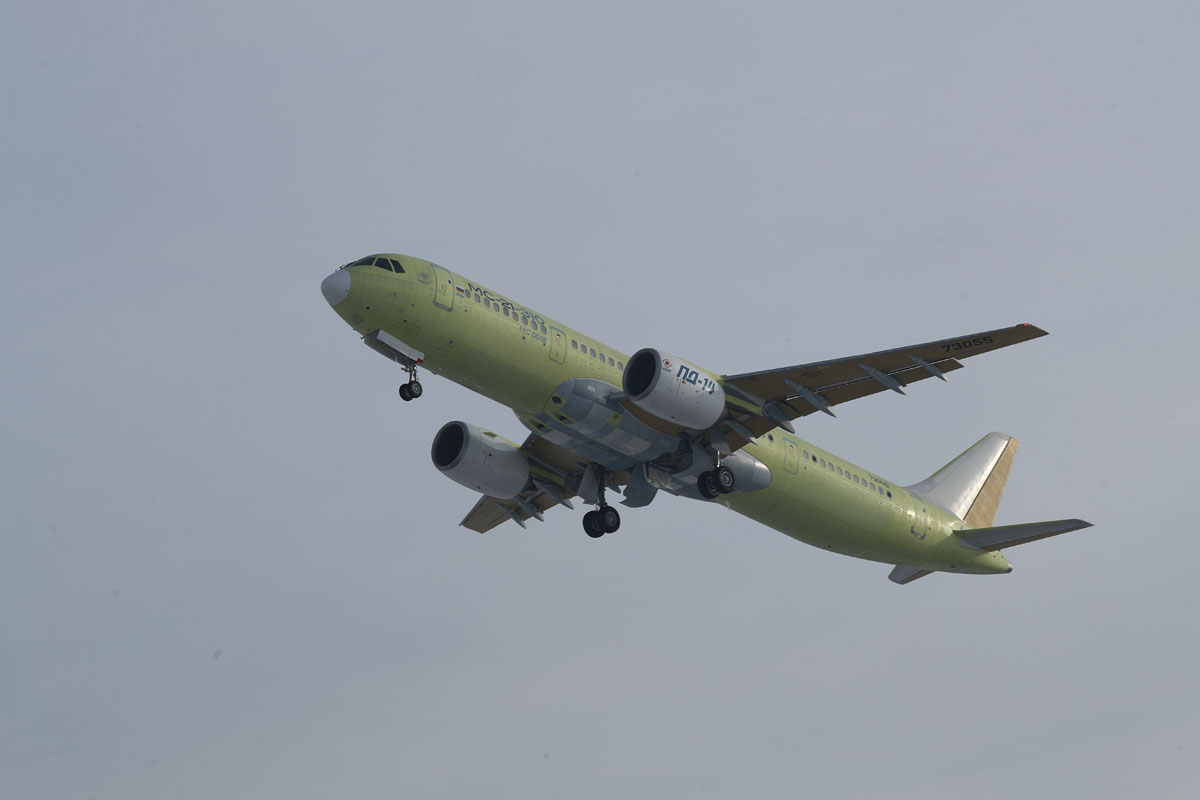 “At the end of November, while visiting the Irkut Corporation plant, my colleagues and I inspected the preparation of the new MC-21. Then we discussed the first flight of the MC-21-310 with the new PD-14 engine scheduled by the end of the year. Today we see the result of consistent state policy in the development of high-tech industries. We have formed a new generation of designers and production workers - and now we are seeing the fruits of the labor of tens of thousands of people who worked at the enterprises of the aircraft engine-building industry in order for this flight to take place", commented the Russian Minister of Industry and Trade Denis Manturov.

The plane was piloted by a crew consisting of test pilots Vasily Sevastyanov, Andrey Voropaev and test engineer Alexander Soloviev. The flight task involved checking the operating modes of the engine, the stability and controllability of the aircraft, as well as the functioning of its systems.

“This flight is the result of the unification of two major programs of the civil aircraft industry in Russia - the MC-21 aircraft and the PD-14 engine. Through the efforts of scientists, designers and engineers a new generation airliner is being created which returns our country to the top league of world aviation”, said Sergey Chemezov, General Director of Rostec State Corporation.

The flight duration was 1 hour 25 minutes.