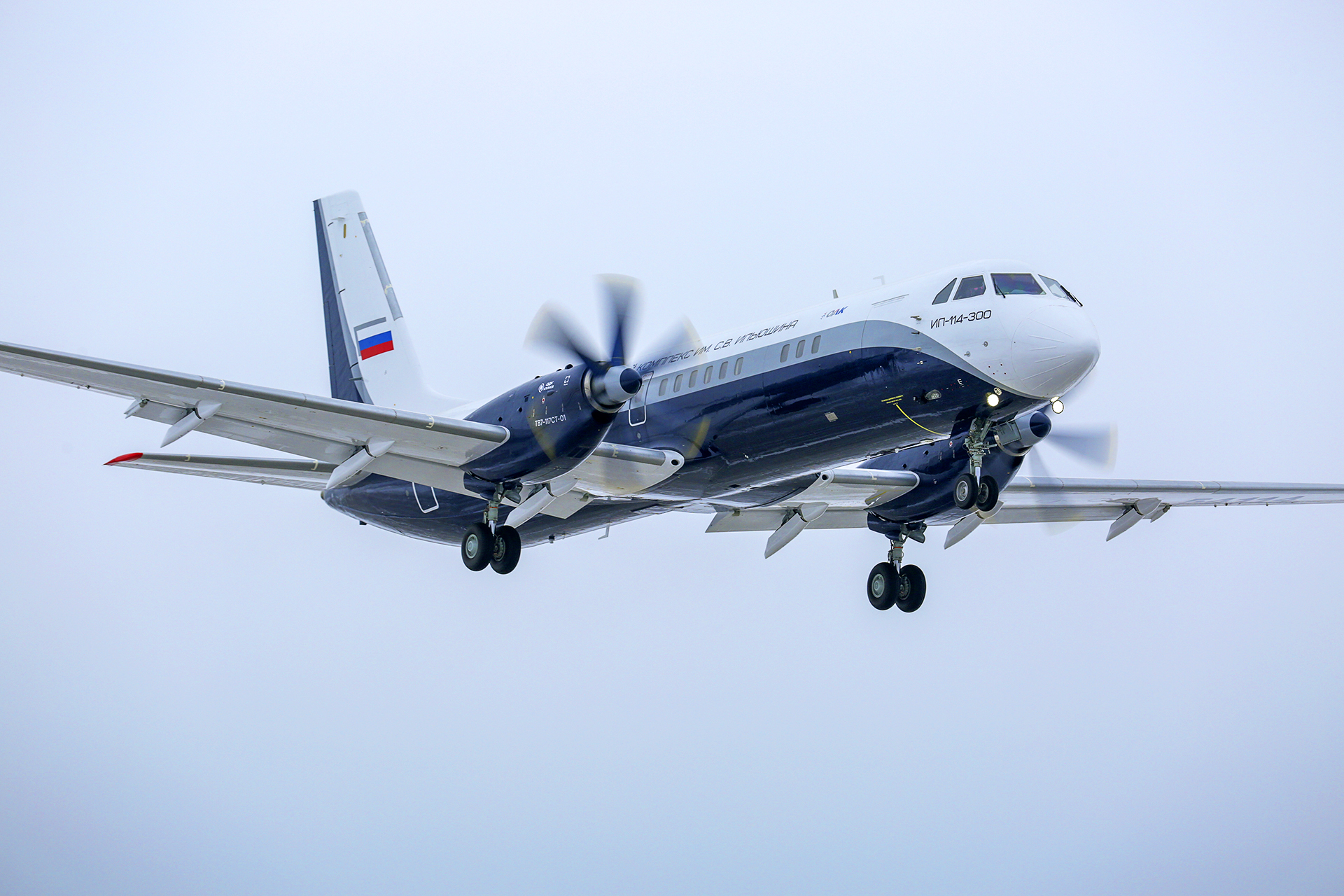 On December 16, 2020, a new Il-114-300 regional passenger turboprop aircraft made its first flight at the Zhukovsky airfield outside Moscow. The aircraft was designed by the transport aviation division of United Aircraft Corporation.

“It is planned to manufacture and sell up to one hundred Il-114-300 aircraft by 2030 for delivery to civil aviation, government customers and export markets”, commented the Russian Minister of Industry and Trade Denis Manturov.

“The end of the year 2020 is rich in aviation premieres. Yesterday the MC-21-310 medium-range liner with PD-14 engines took off for the first time. Today the Il-114-300 turboprop made its maiden flight. This new aircraft is especially relevant for our country: it is versatile regarding any level of airfield equipment and is adapted to operate in the harsh conditions of the North, Siberia, the Far East, and due to its optimal cabin capacity can become the basis for the development of regional transportation. In 2022, United Aircraft Corporation plans to complete certification of the Il-114-300 and to begin serial deliveries from 2023”, said Sergey Chemezov, CEO of Rostec State Corporation.

The Il-114-300 airliner was lifted into the skies by new Russian TV7-117ST-01 engines with a takeoff power of up to 3100 hp. In its class, the engine is the best in all parameters that determine the economic feasibility of choosing a power source for an aircraft.