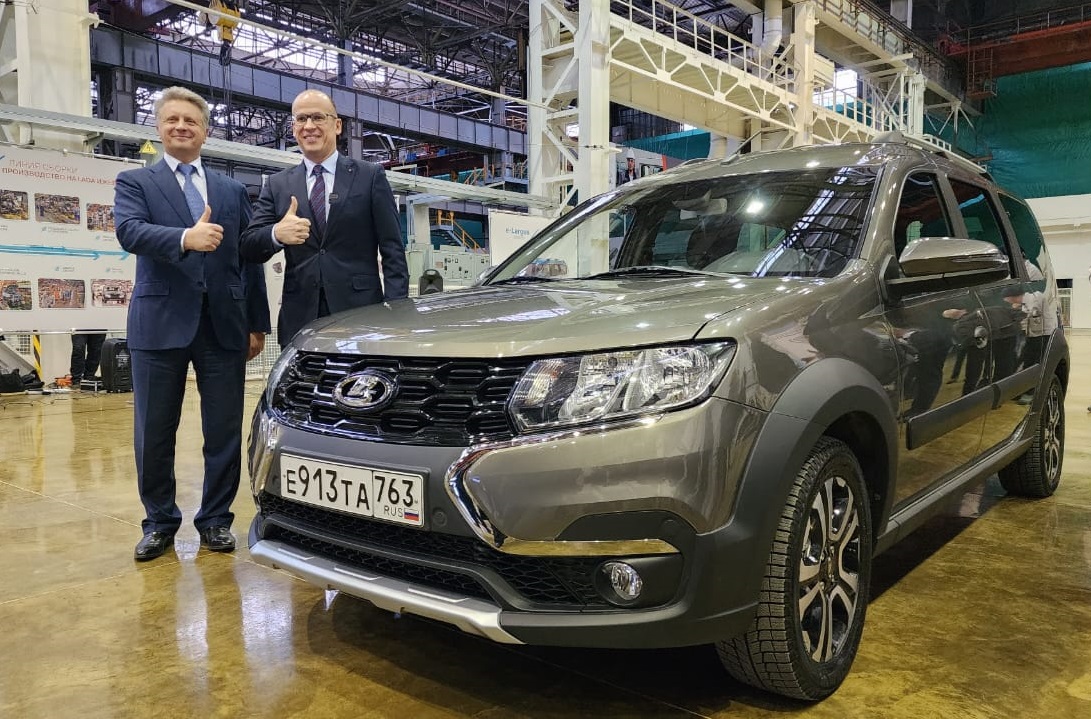 AVTOVAZ announces the start of the LADA e-Largus test cycle. That is the most domestic Russian electric vehicle, which pilot production will start at the company’s plant in Izhevsk at the end of 2023.

The Lada e-Largus will be produced both in a passenger version and in a commercial van version. This model will be the most domestic Russian electric car. Unlike all the new SKD assembly projects introduced in Russia in recent months, the components share from Russian suppliers will be at least 50% (or 3,600 points) at the time of production start-up.

Now the prototypes of Lada e-Largus have begun a cycle of road and laboratory tests. Passenger and commercial station wagons are equipped with a 110 kW permanent magnet synchronous electric motor. The lithium-ion batteries are arranged in the engine compartment and the area where the gas tank used to be located, lowering the centre of gravity to stabilize the electric vehicle and fully preserving the useful interior and usable space (560 litres for the five-seat version).

The e-Largus instrument panel features a digital combination to monitor all electric vehicle systems, charge level and cruising range, which is at least 400 km with one driver and 100 kg payload (using the NEDC methodology). The total load capacity of the vehicle is 430 kg. The powertrain settings provide a top speed of 145 km/h (limited by the electronics) and also offers dynamic acceleration (under 10 sec to 100 km/h).