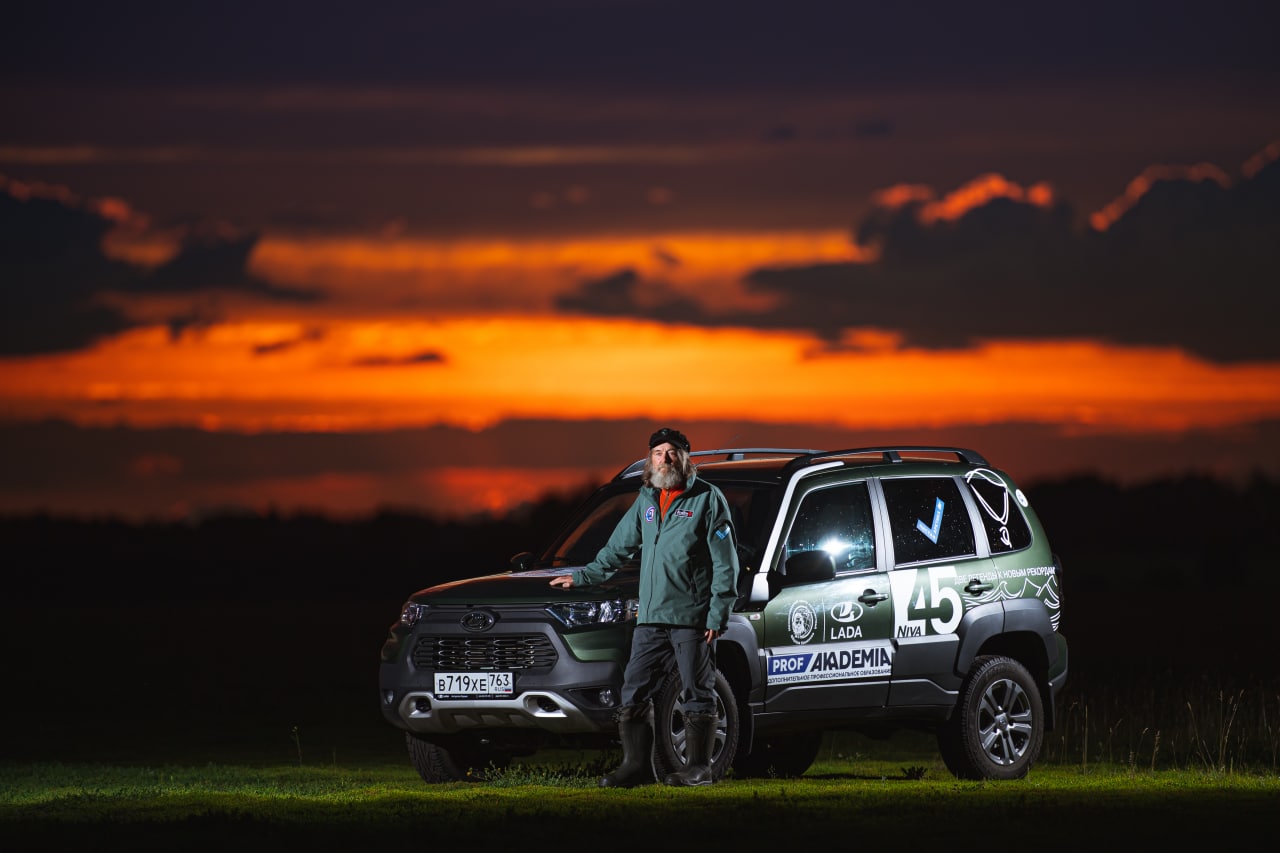 An ambitious transcontinental expedition made by Fyodor Konyukhov – transcontinental flight from the White to the Black Sea – ended on 22 June, 2022. The voyage was supported by LADA trademark: a group of pilots and travellers crossed the country on motor paragliders with LADA NIVA Legend and NIVA Travel cars providing support from ground.

The expedition started on 5 June, and three days after the start, Fyodor Konyukhov together with master of sports Igor Potapkin have covered a distance of 631.2 km on motor paragliders within 7 hours 52 minutes and have broken the record set by Polish pilot Krzysztof Romicki (427 km) in 2018 by a large margin – 204.2 km. The crew successfully crossed the Yaroslavl, Ivanovo and Vladimir Regions and landed in the settlement of Miloslavskoye in the Ryazan Region. The flight altitude was up to 1 km. But the crew did not stop at the achieved goal and continued the expedition by setting an even more ambitious goal – to break their own record.

On 17 June, the team of travellers flew from Usman airport in the Lipetsk Region and landed as far as in the village of Baklazan in the Chechen Republic. Fyodor Konyukhov and Igor Potapkin covered a distance of 1,039.7 km within 13 hours and 17 minutes nonstop. The gruelling pursuit of a new achievement was a success. The professional skills of the pilots enabled them to set the second absolute world record for a nonstop flight range on a motor paraglider despite adverse weather conditions, thunderstorms and tornados during the flight.

The ground support headquarters was also in rough conditions. In pursuit of the second absolute world record, the support team had to cover 1,375 km from the Lipetsk Region to Gudermes driving LADA NIVA during 22 hours often off public motor roads.

On 22 June, the pilots ended the transcontinental expedition from the White to the Black Sea. The team of record holders covered over 3,000 km in air within 18 days and the ground headquarters had to cover an almost twice as long distance – 7,000 km. LADA NIVA off-road vehicles were responsible for the transportation of mobile weather station, travellers’ outfit, and satellite and radio communications equipment.