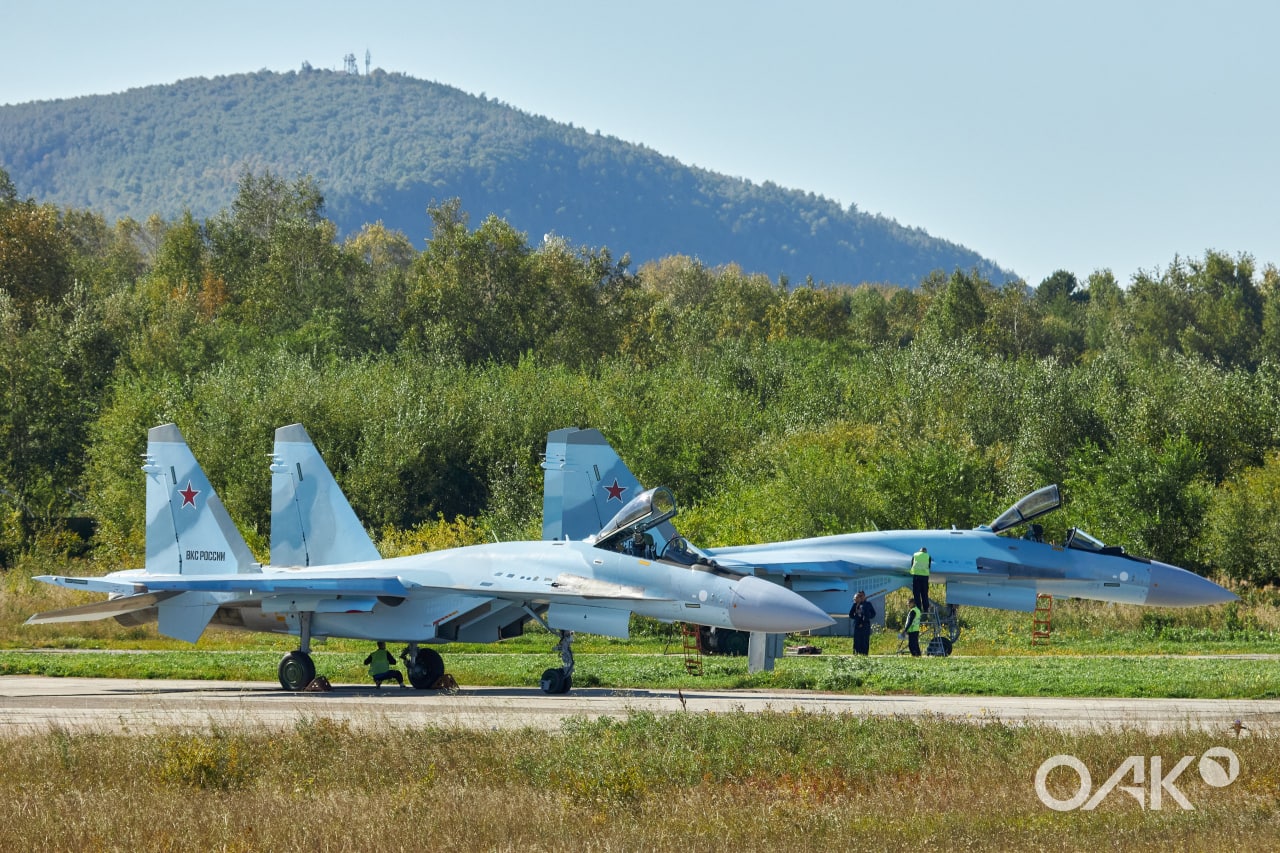 Gagarin aircraft plant of United Aircraft Corporation (PJSC UAC, part of Rostec State Corporation) in Komsomolsk-on-Amur has manufactured and handed over to the Russian Aerospace Forces a batch of new Su-35S aircraft.

The planes flew from Komsomolsk-on-Amur to the home airfield. These 4++ generation fighters built at KnAAZ are to complete the third contract with the Russian Ministry of Defense for delivery to the Russian Aerospace Forces. The first batch of winged combat vehicles was delivered in the autumn of 2021.

Su-35S of the newest series were accepted by the technical staff, passed factory tests at the Komsomolsk-on-Amur Aircraft Plant named after Yu.A. Gagarin, a branch of PJSC UAC. Each aircraft was tested in the air in various operating modes.

In 2022, the plant will also hand over the first Su-35S aircraft to the Ministry of Defense of the Russian Federation under the next, fourth contract. At the same time, the supply of fifth-generation Su-57 fighters to the Russian Aerospace Forces will continue this year. The aircraft of the 2022 plan are already undergoing testing at the flight test station plant.

KRET has Presented a Console for Advanced Helicopters