The Rostec Firework Festival to Take Place in Moscow in August 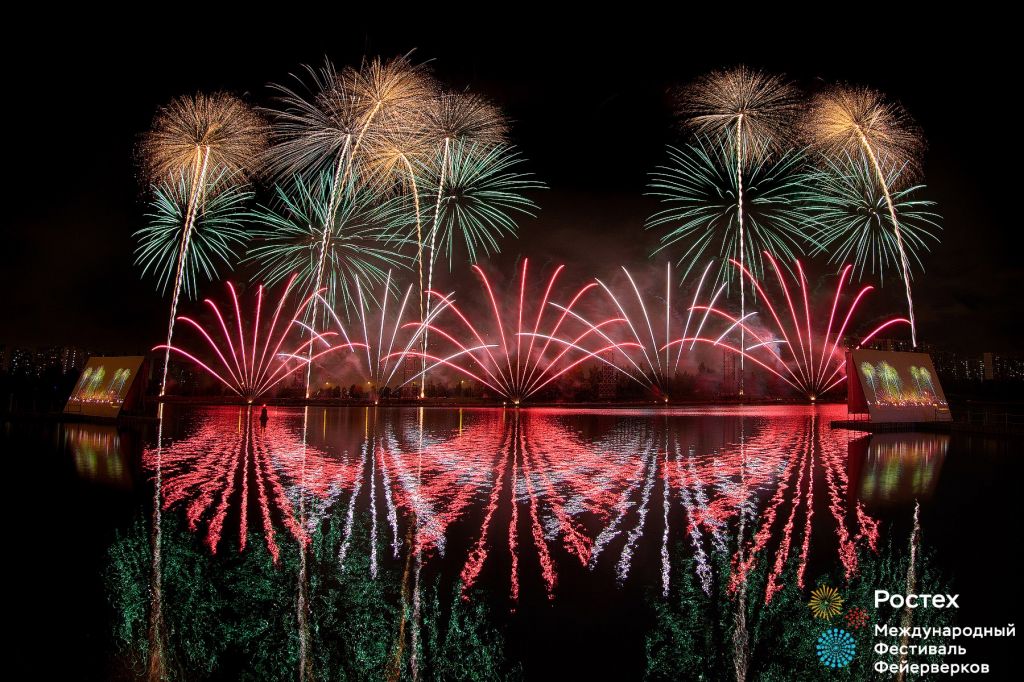 The Rostec International Firework Festival comes back to Moscow. The audience will see a fireworks show, theatrical performance directed by Ilia Averbukh and musical performance with Basta and Gradusy as headliners. The festival will take place as part of the 15th anniversary of Rostec State Corporation and traditional arts of the peoples of Russia will be the central theme this year.

Teams from eight countries will take part in the competition of the International Wireworks Festival which will be held in the Brateevsky Cascade Park on 13 and 14 August, 2022. Also, a multimedia show with light effects accompanied by music will be displayed. The festival participants will show the latest pyrotechnical technology and fireworks art solutions. For the convenience of the audience, the show will be broadcast from different angles to projection screens installed in the Moscow River water area.

“The Rostec International Fireworks Festival is a milestone cultural event taking place in Moscow for the seventh time and has become a landmark of the capital during this time. More than 700,000 people watch the fireworks show in and outside the Brateevsky Park and online. Besides the competition of the fireworks teams from various countries, the guests will see the performance by famous musicians and a grand theatrical night show directed by Ilia Averbukh. And, certainly, various day and night activities will be offered where everybody will be able to find something he or she likes,” said Alina Arutyunova, Vice-President of the Moscow Tourism Committee.

This year, the festival will be dedicated to the traditional arts of the peoples of Russia. This will be reflected in the venue decoration and the entertainment program content.

Each team will present its “signature piece” – a firework with national identity – and a free routine in line with the festival theme. Both competition days will include four fireworks show. A world-class professional jury will assess all details of the performance. The tickets for the Rostec Fireworks Festival are already available at pyrofest.ru and ticketland.ru.