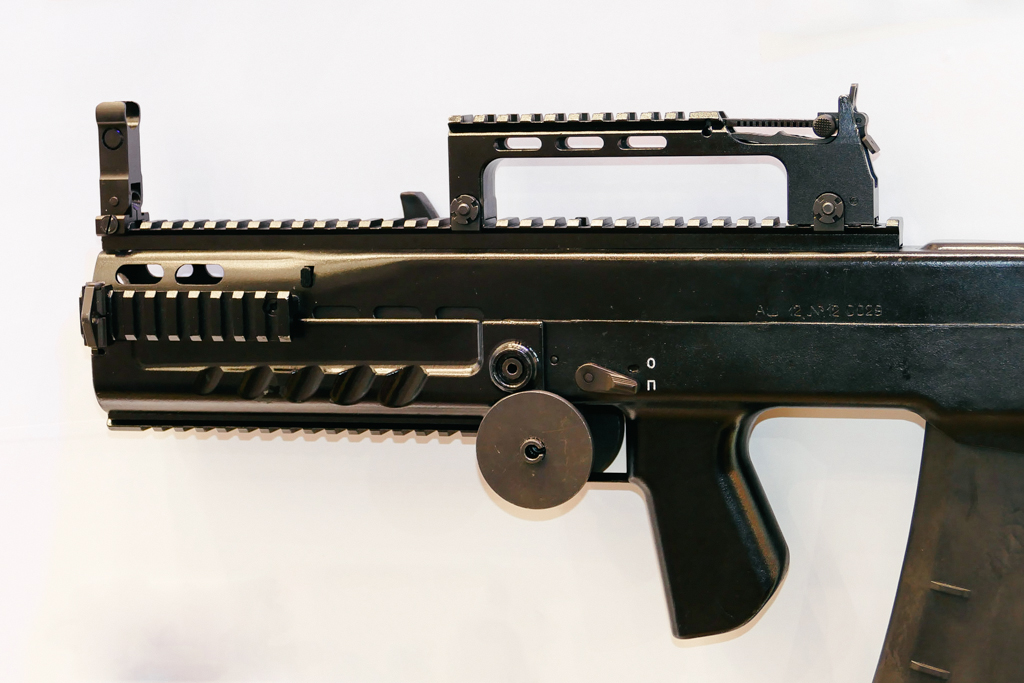 The Rostec State Corporation will demonstrate ShAK-12 heavy assault rifle at the international level for the first time ever. The presentation will be held at the 10th Land, Naval & Internal Homeland Security Systems Exhibition Defexpo India-2018 from 11 to 14 April in Chennai, India.

ShAK-12 (heavy assault rifle) has been developed by the designers of the Central Design and Research Bureau of Sporting and Hunting Weapons, a branch of the KBP Instrument Design Bureau named after Academician A. Shipunov (a part of High Precision Systems holding company). The rifle is an advanced example of highly efficient close-quarter combat weapons for Special Forces units. The main objective of the heavy assault rifle is quick and efficient attacks on enemy, including enemy troops wearing bulletproof vests and using shelters.

"Russian shooting weapons have long established themselves at the international level as reliable, simple-to-use weapons meeting modern requirements for combat operations. ShAK-12 is a perfect weapon for counter-terrorist and other military operations in populated areas, inside buildings and structures where the maximum safety of civilian population is the top priority. As expected, foreign special forces will be greatly interested in this new product," stated Sergey Abramov, Industrial Director of the Armament Cluster of the Rostec State Corporation.

ShAK-12 uses a 12.7x55 mm large-calibre cartridge with a high stopping effect at a short distance, but quickly loses the energy as the shooting distance increases, which reduces the risk of affecting third parties.