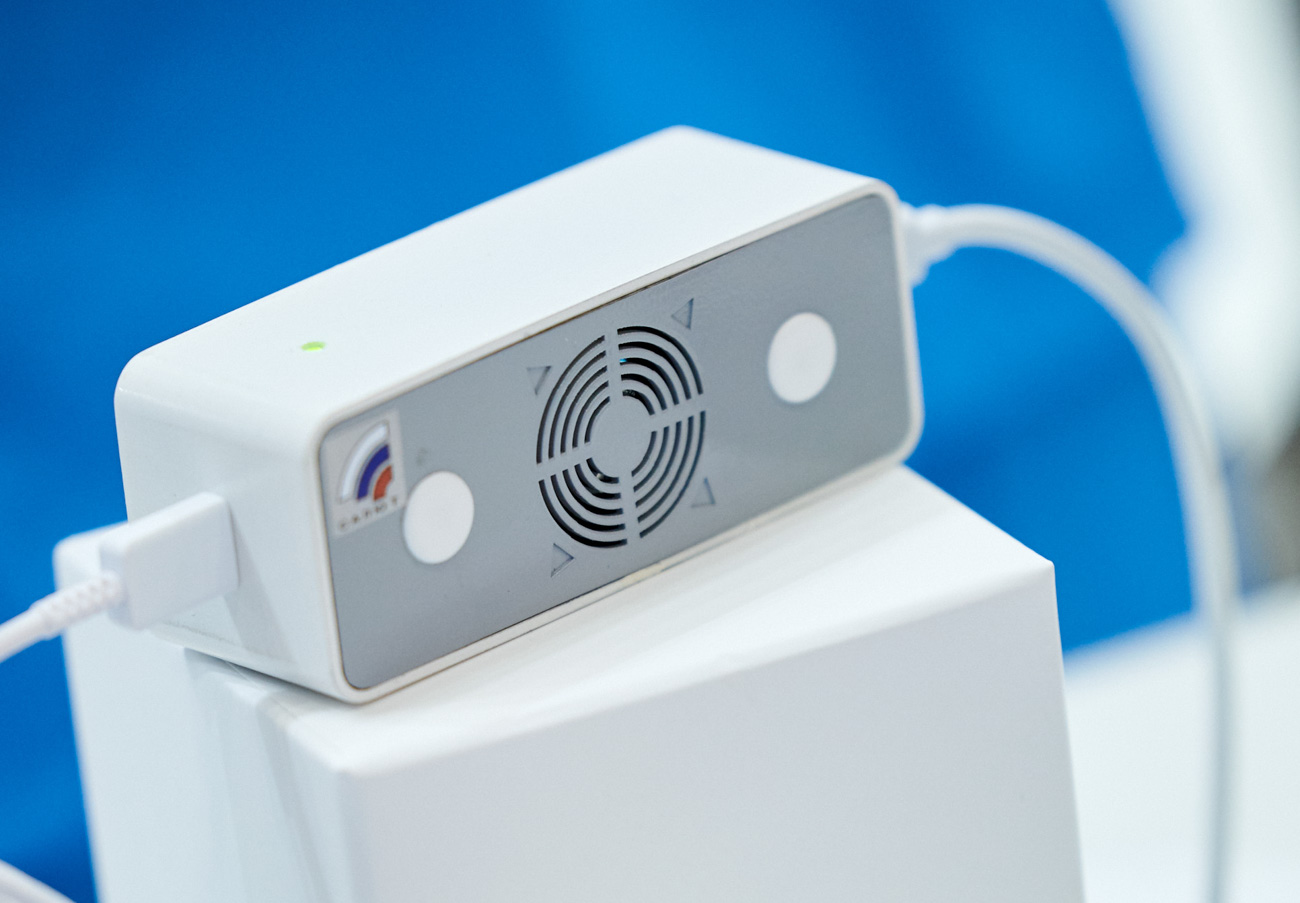 “Roselectronika”, the holding of Rostec State Corporation, starts mass production of compact recirculators based on UV radiation. The prototype models are presented at the ARMY-2020 forum. The major component of the tool is aUV-diode with a wavelength of 270 nm and a bactericidal effect. The first local production is planned for this September.

The miniature recirculator, developed by SPE "Salyut" (a part of "Roselektronika"), differs from analogues in its compactness and mobility – it weighs only 100 grams, has dimensions of 99x36x37 mm and is powered via USB port. Passing air through the disinfection chamber, the device destroys pathogenic bacteria and viruses. The recirculator is intended for air-handling in small premises, including a car interior. Moreover, it can be used in human presence. In addition, its USB type-C connectors allow to connect sequentially several devices and use them for disinfection of large chambers.

“The miniature recirculators have been developed within the shortest period against the backdrop of the difficult epidemiological situation. Compact size of our devices gives an opportunity to use them at any location as a personal gadget. Due to the high productivity and the simplicity in usage the devices are indispensable for taxi and car sharing. One tool is able to conduct air-handling/ in the passenger vehicle and to protect passengers from viruses and bacteria," – claimed Sergey Sakhnenko, Rostec industrial director of the electronic cluster.

Also, SPE "Salyut" will start production of wireless decontaminators – the devices with a directional effect. They are intended for disinfection of surfaces and objects by UV radiation – parcels, keys, dishes, toys, banknotes. The decontaminators – 38 x 38 x 38 mm in size – are powered by built-in accumulators and are managed on Bluetooth via the mobile app.

To date, the enterprise is producing mains operated miniature decontaminators. They have a Eurasian Economic Union conformity certificate and are developed within the guidelines of the Department of Preventive Medicine of the Russian Ministry of Public Health.

The new devises have extended the product line of “Roselectronika”, used for destroying pathogenic bacteria and viruses. Likewise, the enterprises of the holding produce bactericidal equipment for offices, clinics, schools, and industrial facilities – "Groza" ozonators and "Istok-Briz" antibacterial recirculators of general application.