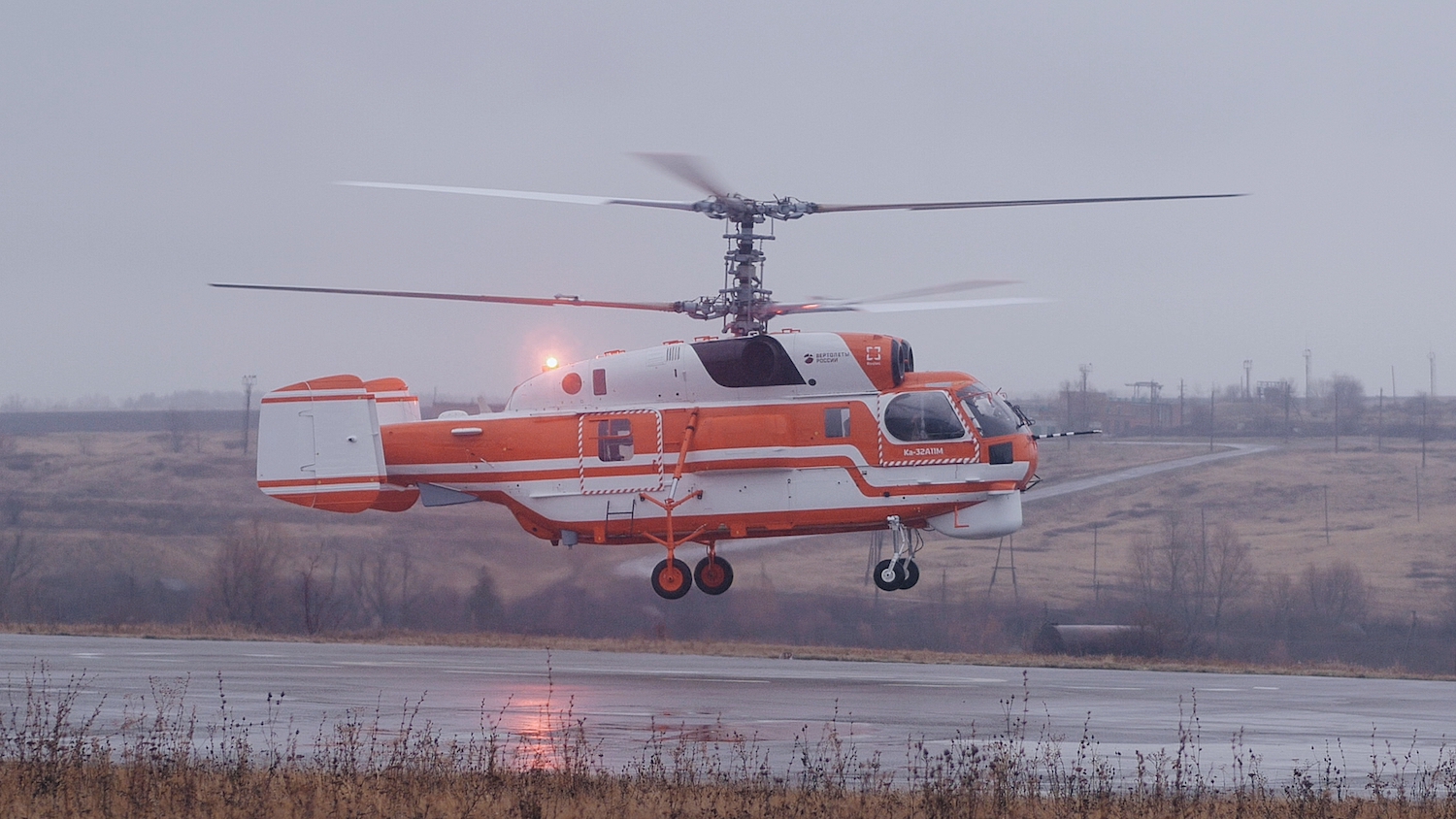 The upgraded Ka-32A11M firefighting helicopter produced by the JSC Russian Helicopters (part of Rostec State Corporation) took off for the first time and began flight tests. The machine fitted with new engines, radio-electronic equipment and fire-extinguishing system is to undergo preliminary and certification tests in 2022-2023, after which it will be available for Russian and foreign customers.

The first flight of the Ka-32A11M took place in hover mode at the flight-testing complex of the Kumertau Aviation Production Enterprise in Bashkortostan.

‘Modernization is significantly expanding the capabilities of one of the world's best firefighting helicopters, Ka-32, and we are planning to complete certification of the Ka-32A11M in 2023. After that, the machine with the latest electronics and firefighting system will be available for Russian and foreign customers,’ said Andrey Boginsky, Director General of the Russian Helicopters.

Ka-32A11M was first presented at the MAKS-2021 Aviation and Space Salon. The modernization program of Ka-32 includes equipping it with a "glass cockpit" with an onboard avionics system, more powerful VK-2500PS-02 engines, and a new fire extinguishing system. VK-2500PS-02 engines will significantly improve flight performance of the helicopter in hot and mountainous conditions. According to designers' calculations, helicopter load-carrying capacity in such conditions can increase by the value of about 1600 kg.

Technical solutions used in the "glass cockpit" of the Ka-32A11M helicopter have already been tested on the civil multipurpose Ansat and Mi-38 helicopters; they will greatly facilitate the operation of additional navigation, optoelectronic and search equipment, which can be installed on the helicopter. It will also be possible to work with night vision goggles.

A new SP-32 fire extinguishing system developed by specialists from NHC Mil and Kamov and KumAPE has a number of significant advantages. A new tank holds 4 tons of water and is divided into four compartments. The patented flap system with digital control allows opening the flaps in pairs or alternately, as well as adjusting the opening angles of the flaps, thereby increasing the water discharge time.

The fire extinguishing system can automatically draw 4 tons of water in 60 seconds and add up to 400 liters of foam agent and is adapted for the use of a water cannon. In addition, all SP-32 systems are electrically heated, and that is why SP-32 is the first system in the world that can be used in winter conditions at temperatures down to -20 degrees Celsius.

Coaxial design of the Ka-32 helicopter provides stability in hover mode and excellent directional stability even in crosswinds. In addition, the absence of a tail rotor reduces the size of the helicopter, making it more maneuverable. These features give special advantages for work in mountain and forest areas, as well as in dense urban environment. Ka-32 is capable not only of extinguishing fires, but also of performing high-precision construction and installation operations, medevac, search and rescue missions and of transporting cargo. It is well suited for high-humidity conditions and is particularly resistant to aggressive marine environments. Ka-32 features allow it to fly in high turbulence and storm winds.

Rostec Flies the Modernized Ka-226T for the First Time