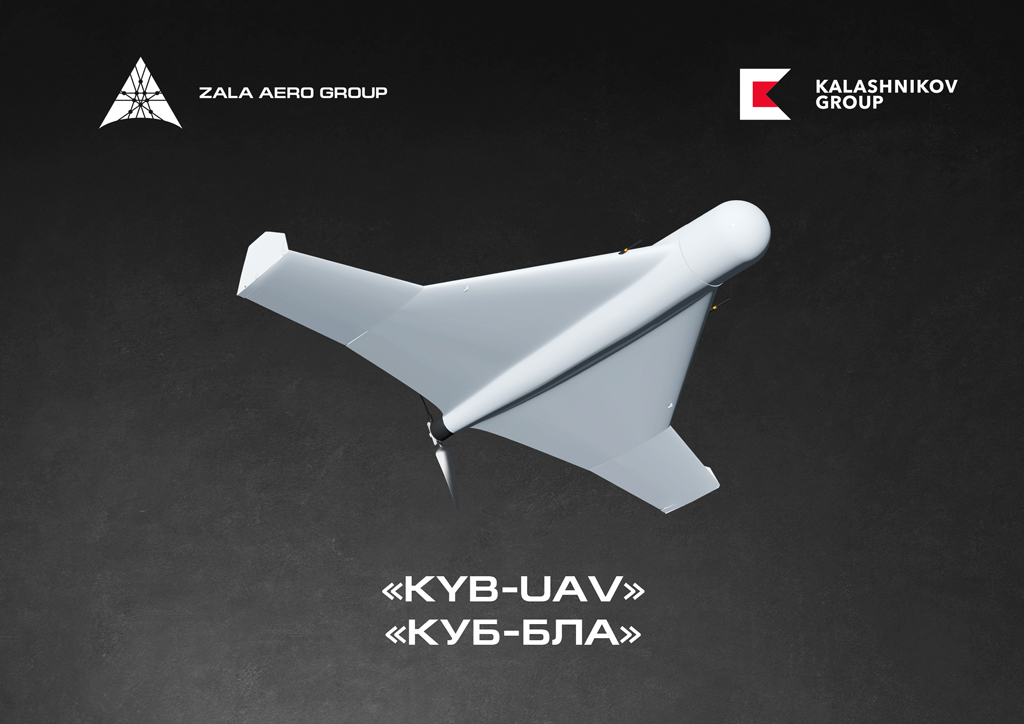 Complexes equipped with drone carriers for guided munitions are currently one of the most promising areas in the unmanned airborne system development. KYB-UAV is designed for defeating remote ground targets. The unmanned aerial vehicle delivers special load to the manually set target coordinates or to the image from the guidance target load.

"This complex represents a step to completely new conduct of operations. We hold strong position in the forefront of countries manufacturing such weapons," said Rostec's CEO Sergey Chemezov. "The high-precision drone comes within 30 minutes at a speed of 130 km/h. The shell is delivered to the target by the complex regardless of terrain or whether the target is concealed or not, both at low and high attitudes It is extremely accurate and efficient weapon being very hard to combat by traditional air defence systems."

The complex advantages include covert launch, high accuracy, noiselessness and ease of use. Its speed range is between 80 and 130 km/h, time in flight is 30 minutes, payload is 3 kg, and dimensions are 1210*950*165 mm. The unmanned attack complex has been successfully tested and is ready to application.

ZALA AERO is a leading Russian developer and manufacturer of unmanned airborne systems, unique target loads and other technical means to secure their application. Since January 2015, ZALA AERO is part of JSC Kalashnikov Concern.

State Corporation Rostec is a Russian corporation founded in 2007 for the purpose of promoting the development, production and export of hi-tech civilian and military industry products. Corporation comprises over 700 organizations that are currently part of eleven holding companies operating in the military-industrial complex and four holding companies working in civilian industry, as well as over 80 directly managed organizations. Rostec's portfolio includes well-known brands such as AVTOVAZ, KAMAZ, Concern Kalashnikov, Russian Helicopters, UralVagonZavod, etc. In 2017 the consolidated revenue of Rostec reached 1 trillion 589 billion rubles, while the consolidated net income and EBITDA amounted to 121 and 305 billion rubles respectively. According to Rostec strategy, the main objective of the Corporation is to ensure that Russia has a technological advantage in highly competitive global markets. Rostec's key objectives include the introduction of a new techno-economic paradigm and digitalization of Russian economy.