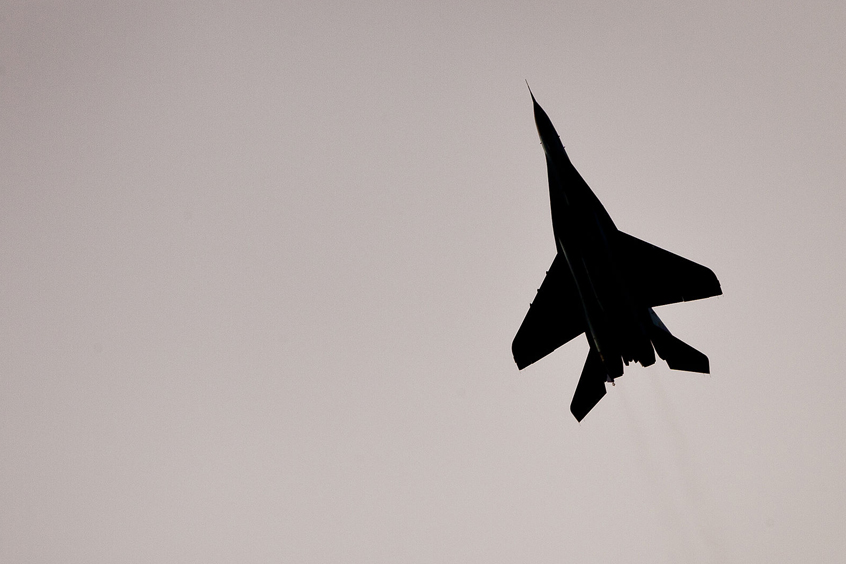 The head of Rostec, Sergey Chemezov, told reporters at the IDEX show in Abu Dabi that Rostec would partner with the UAE Defense Ministry to develop a light fifth-generation fighter jet based on the MiG-29. Development is slated to begin in 2018, and production should launch seven to eight years after that.

“It takes quite a long period of time to develop,” Chemezov told Defense News in an exclusive interview. “We anticipate local production here in [UAE], for the needs of [UAE].”

The announcement comes as Russia is engaging in a region-wide diplomatic and economic press to rebuild old alliances and forge new ones. And after 18 months of aerial operations in Syria, countries that have strong appetites for fighter jets are taking closer looks at what Russia has to offer.

The deal with UAE likely took some in the industry by surprise, says Dr. Theodore Karasik, senior advisor at the Washington-based Gulf State Analytics. Several Western firms have seen high-profile fourth-gen fighter deals with UAE fall through in recent years, but efforts to hash out an agreement have continued.

The Russians have given UAE a good deal, argued Karasik. Under the agreement, Russia is set to provide UAE with fifth-generation fighter technology, produced locally in partnership with UAE defense firms. “This in itself is completely different than any previous aerospace deals between UAE and the West,” Karasik says. “Whether it will work is another question.”

Russian defense industry officials have long aspired for a light fifth-generation fighter to complement Sukhoi’s heavier T-50. Recently, MiG has reportedly been working on a design. At the unveiling of the "generation 4+++" MiG-35 multi-role fighter in January, Deputy Prime Minister Dmitry Rogozin again promised the creation of a fifth-generation MiG.

While Russia will be the first to deploy the Sukhoi stealth fighters, India helped finance the fighter’s development in exchange for Russian assistance in developing a two-seat version for the Indian air force.

The project has not been without its setbacks. India demanded a 50:50 work split, but with delays and costs mounting, it has dropped that requirement.

The project looked to be on shaky ground, with disagreements over the future of the project delaying the signing of a detailed contract. These issues were apparently resolved during a meeting of Vladimir Putin and Indian Prime Minister Narendra Modi last year. India has agreed to invest $4 billion in the development of the Indian version of the aircraft.

Russia has remained competitive in the fighter market. Over the past five years, aircraft exports have made up around 44 percent of Russia’s revenue, according to data compiled by the Stockholm International Peace Research Institute.

Novikombank to Finance the Delivery of Russian Aircraft to Foreign countries