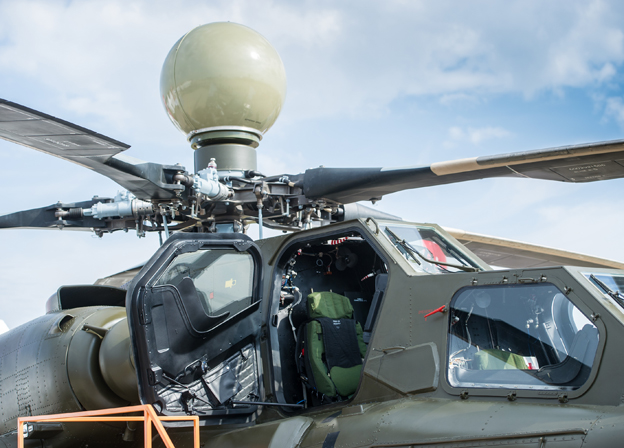 The Russian Direct Investment Fund (RDIF) has formed a consortium comprising leading Middle Eastern funds and finalized a deal to acquire a minority stake in Russian Helicopters (part of the Rostec State Corporation). Russian Helicopters valuation was estimated at $2.35 billion.

The transaction consists of two stages. The first stage involves the sale of a 12% stake and an investment of $300 million, as well as an agreed-upon subsequent potential increase in investment to $600 million. The deal will increase the authorized capital of the holding company. This will accumulate a significant amount of funds within the Company. These funds are necessary for the implementation of the Company’s strategy and business plan, including the development of new types of helicopters. In addition, these funds will help implement the investment program of the holding company, as well as finance possible M&A activities aimed at increasing the holding’s value and finance capital programs.

“Russian Helicopters has established itself as one of the world’s leading helicopter manufacturers with a growing presence in key emerging markets. The RDIF consortium's investment in Russian Helicopters will enable the company to continue its expansion into new markets, particularly in the Middle East, thanks to the participation of our partners from the region. Russian Helicopters is an attractive long-term investment opportunity with significant growth potential.”

“Today we have agreed with the Russian Direct Investment Fund and Middle Eastern investors, on the final parameters of the deal and signed documents for the sale of a minority stake in Russian Helicopters, based on the valuation of the company at $2.35 billion.”

“Russian Helicopters aims to strengthen its position as a leader in the global helicopter market through the continued development of new products, the provision of a leading after-sales service and a focus on expanding operations into new emerging markets. The consortium of investors, led by RDIF, will allow us to accelerate the implementation of our growth strategy.”

Russian Helicopters (part of State Corporation Rostec) is one of the global leaders in helicopter production and the only helicopter design and production powerhouse in Russia. Russian Helicopters was founded in 2007 and is headquartered in Moscow. The company comprises five helicopter production facilities, two design bureaus, a spare parts production and repair facility, as well as an aftersale service branch responsible for maintenance and repair in Russia and all over the world. Its helicopters are popular among Russian ministries and state authorities (Ministry of Defence, Ministry of Internal Affairs, Emergency Control Ministry), operators (Gazpromavia, UTair), major Russian corporations. In 2015 its IFRS revenues increased 29.5% to RUB 220.0 billion. Deliveries reached 212 helicopters.