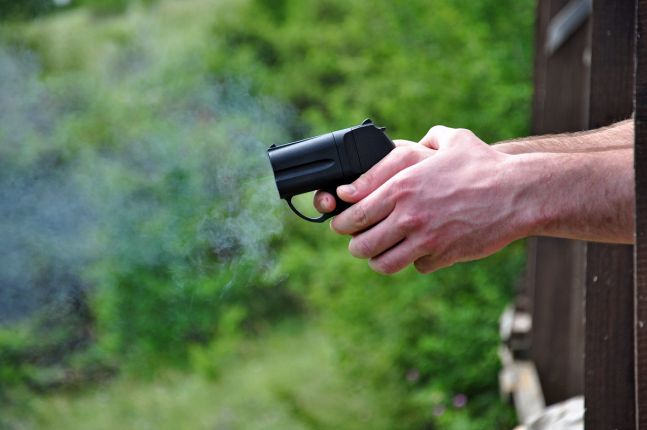 OSA device is a civil firearm of a limited damaging capacity designed for active self-defense, signaling and illuminatig purposes. According to experts, this is the most advanced personal weapon of self-defense, not only in Russia’s, but also in the world market.

The OSA first demonstration model was exhibited in 1996 at an international weapons fair in Moscow. Research Institute of Applied Chemistry specialists developed the PB-4 OSA final version in 1999. One can call this model the first Russian-made traumatic shortgun.

OSA consists of a firing tubeless self-defense device of various modifications and cartridges of traumatic and psychophysical impact, as well as special signal cartridges and fire flares. The ammunition sleeve in this weapon stands for the nonexistent tube; this is why the device is called a tubeless gun.

PB-4-2, PB-4-1ML, M09 four-charge models and a PB-2 Egida two-charge model are nowadays in the serial production. They all belong to the shortgun’s fourth generation. 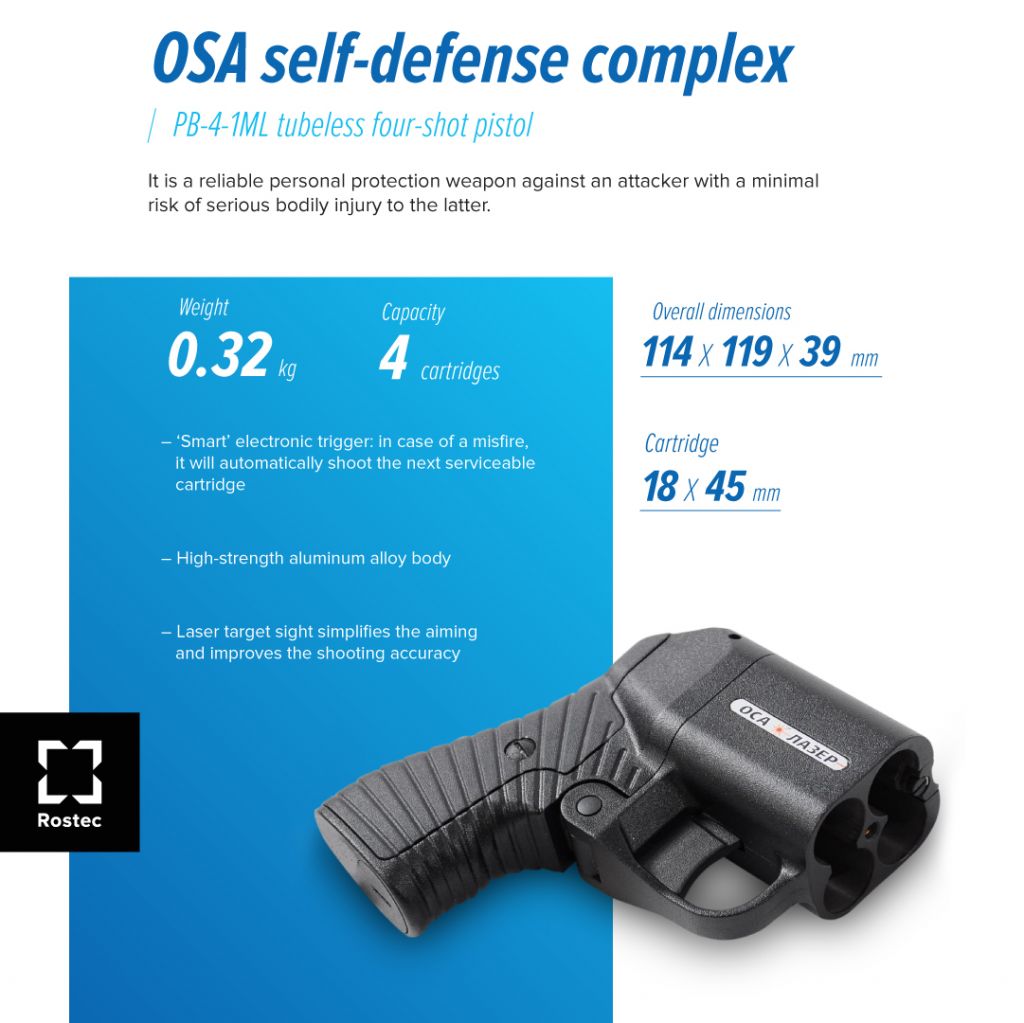 The gun body is made of high-strength aluminum alloy. Due to the low weight (from 190 to 340 grams) and compact size, the OSA pistols can be easily carried during the entire day. All modifications are equipped with a laser sight, which allows even unprepared users to fire at the speed and efficiency of an experienced shooter.

One of the most important advantages of OSA pistols is an ‘intelligent’ electronic triggering mechanism that simplifies the shooting process and enhances the weapon’s safety: no physical impact will make the weapon fire unless the trigger is pressed.

For instance, 18 × 45 cartridges are used in the four-shot PB-4-1ML model. The 18 × 45T cartridge is the main modification. If hit with a respective rubber bullet the attacker gets incapacitated with a minimum probability of a serious bodily harm if shot from a distance of no less than a meter and not in the head. A multiple year experience testifies to the effect that the caliber 18 × 45Т cartridge is a powerful means of protection with a lesser threat to public safety than conventional ammunitions.

Some four-shot OSA models are designed for arming certain categories of law enforcement officers. In 2005, OSA was adopted by the Ministry of Internal Affairs of Russia to arm the Moscow Special Police Force. However, the complex is used not only by Russian law enforcement agencies. The tubeless gun OSA and twenty more Russian-made weapon models, developed at the Research Institute of Applied Chemistry, have been entered into the official NATO catalogue of non-lethal weapons. US Arizona state sheriffs were armed with Russian OSA in 2016. The weapon has also been police-accepted in Armenia, Belarus, Israel, the United Arab Emirates and the Czech Republic.