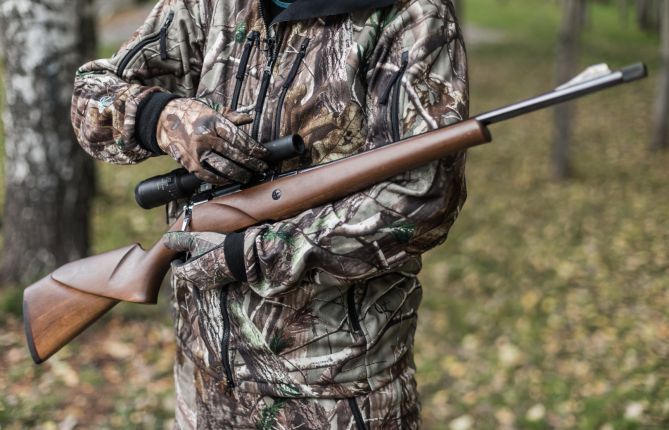 On 13 June 2018, the Kalashnikov Concern launched pre-order of the Baikal 145 Los hunting carbine. The Los carbine could be named the first Soviet non-military hunting carbine. Over more than 50 years of use it has proven to be a simple, reliable and precise hunting rifle. The Izhevsk plant started the rifle improvement project at the beginning of this decade, and Baikal 145 Los is a brand new generation of this model.

The first carbine was produced in 1930's. It was a hunting modification of 3-line Mosin-Nagant of 7.62х54 calibre. In 1965, this carbine was significantly modified by the Izhevsk designers. The main change was reworking for the .220 Russian cartridge designed for big game hunting (bear, moose), and this was the reason why it was called Los (moose). Los became popular in a quite short time for several reasons: reasonable cost, ease of use, reliability and light weight. Despite the successful design and time-proven efficiency, the rifle's model range requires regular restyling of previous models and launch of new ones.

Today, both Izhevsk arms manufacturers are members of the Kalashnikov Concern, and all Izhevsk hunting rifles are produced under the Baikal brand. One of the new products of the Concern is the Baikal 145 Los carbine. The manually operated rifle has a classic appearance and fully satisfies the modern ergonomics and reliability requirements.

The rifle's stock is made of walnut wood. Baikal 145 Los is equipped with a backplate composed of a dampener and a plastic heel. It protects the rifle from being caught by clothes during offhand shooting and counters the recoil. 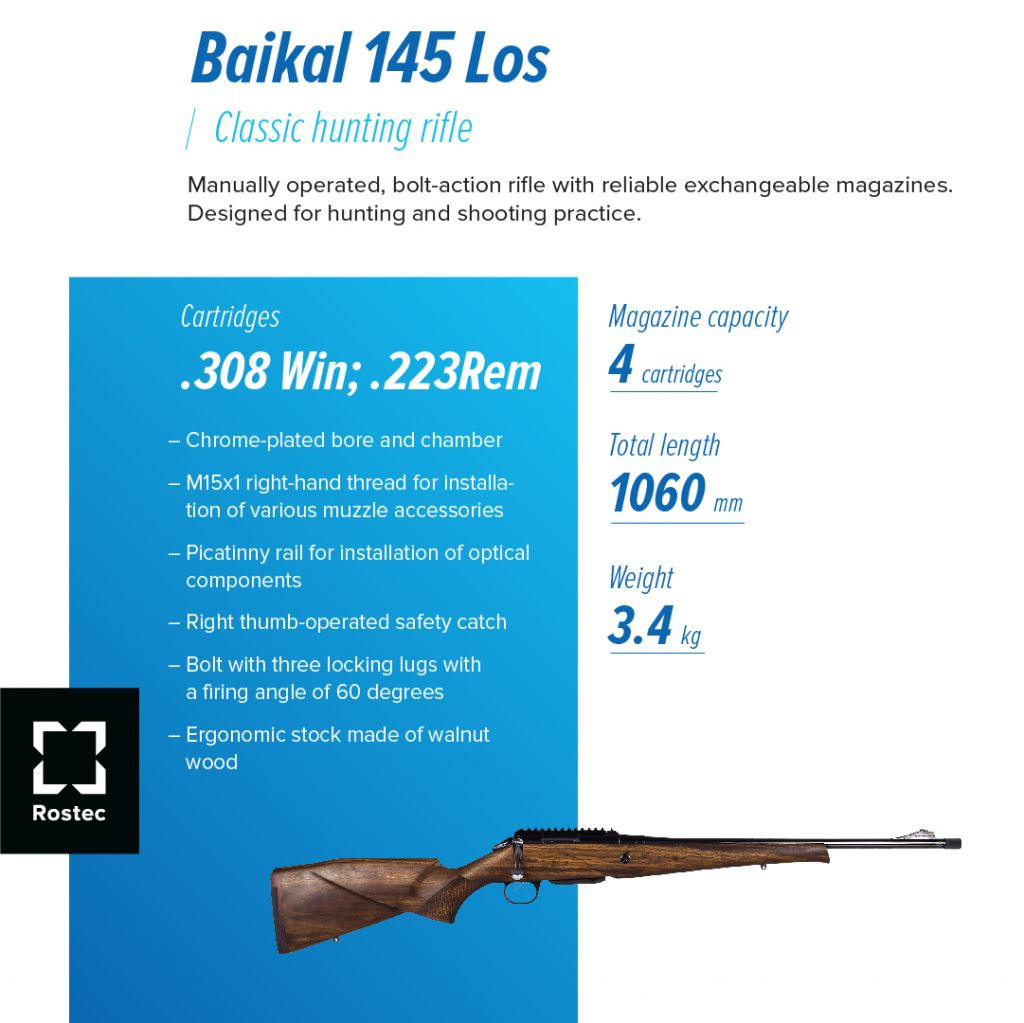 The bolt with three locking lugs ensures tight locking and quick reloading with a firing angle of 60 degrees. The rifle has a free-floating barrel, and the receiver is installed in the stock using special resin and bedding technology to ensure better shot grouping.

The bore and the chamber are chrome-plated to improve the anti-corrosion properties and ensure the use of ammunition with bi-metal bullet jacket. The rifle's muzzle is threaded to incorporate various sighting systems and the Picatinny rail for installation of optical components. The safety catch is located on the breechblock stem. It is triggered by the right thumb.

The Baikal 145 Los hunting rifle is offered in two versions: with short (for .223 Rem cartridges) or standard (for .308 Win cartridges) receiver and bolt. The carbine's barrel length in both versions is 550 mm. Weight with empty magazine, without any dioptre sight or accessories is 3.3 kg for the 5.56 mm carbine and 3.4 kg for the 7.62 mm carbine.

The Kalashnikov Concern has already launched pre-order of the new hunting carbine. As expected, the first batch will be supplied to customers in Siberia and Russian Far East until end of June 2018. The retail sale in the regions where the turnover of weapons during the FIFA World Cup is prohibited will start in August 2018.