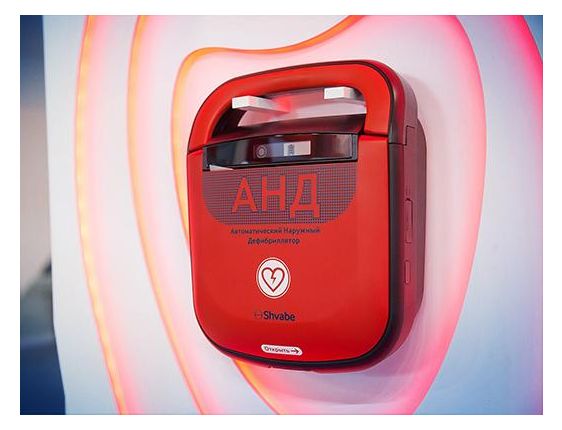 Automatic external defibrillator AED A15 is one of the last products of Shvabe in the field of medicine, which entered the Russian market at the beginning of the year. With the help of this device, in the case of sudden cardiac arrest even a person without special training can provide first aid. It is expected that the AED A15 will be widely distributed in the country within the framework of the federal “Program for publicly available defibrillation".

The AED A15 defibrillator is designed to provide emergency coronary care. It is a compact and lightweight device, weighing about 2.5 kg. It can be used not only in public places like the city streets, but also in transport (reanimobiles, buses, metro). The device is equipped with a battery with a five-year service life, which provides at least 200 discharges or 10 hours of operation in monitoring mode.

AED A15 performs the process of reanimation in four simple steps. Each step is accompanied by visual and audio prompts, so any person can provide emergency cardiac care, even without special training. The device is absolutely safe: if the patient has no fibrillation, the device does not discharge and does not accumulate electrical charge. 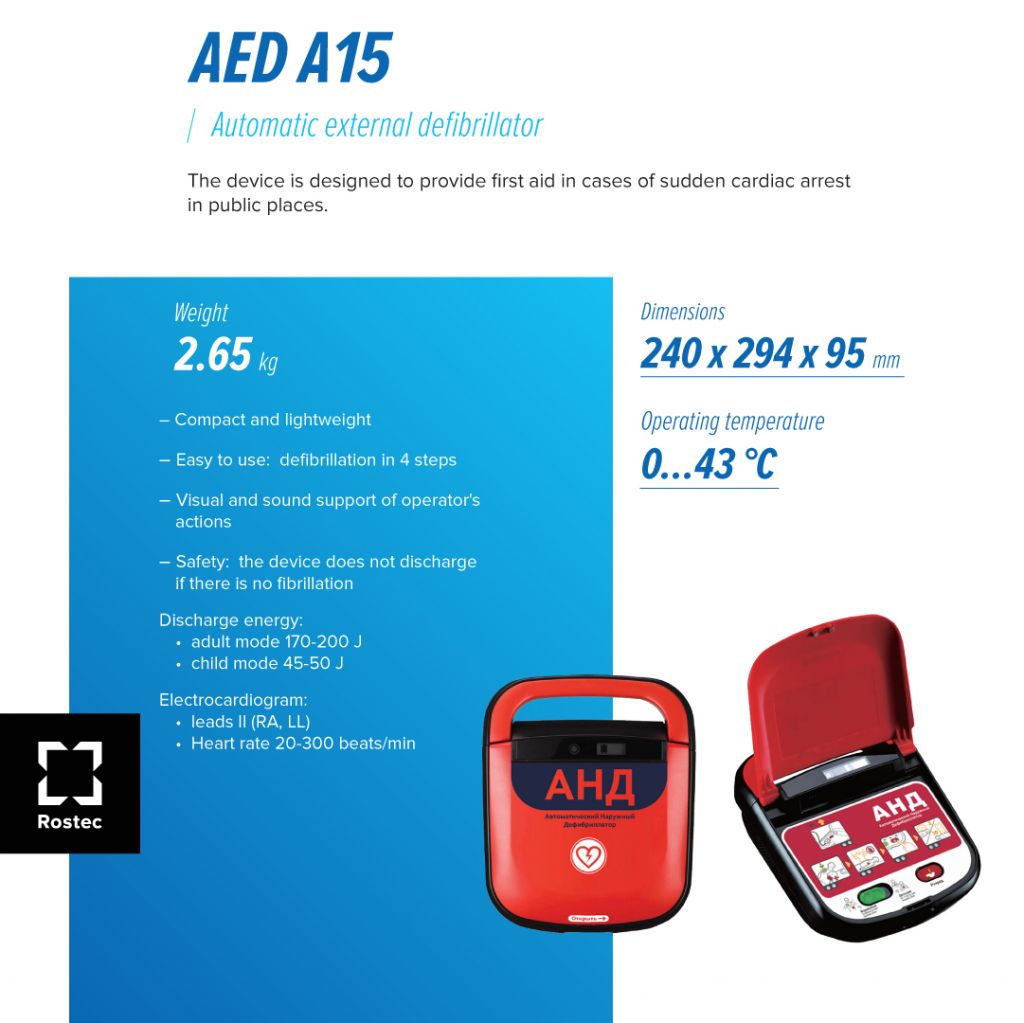 The AED A15 defibrillator entered the Russian market at the beginning of the year and is already being used in major cities of the country. In particular, Shvabe has handed over a batch of devices to Volgograd and Yekaterinburg, where the matches of the FIFA World Cup will be held very soon. The devices will be placed in the health centers of the stadiums, in the ambulances of the nearby hospitals, as well as in the medical centers of the Fans Festival. This measure will allow doctors to help fans and residents of the city quickly in case of a sudden cardiac arrest. According to statistics, a viewer’s cardiac arrest is not a rare case during sports competitions: incident rate is 1 to 260 000.

Shvabe also supplies smart defibrillators to remote areas where there are no hospitals or clinics. Recently a batch of 28 AED A15 defibrillators was transferred to the departments and rural health post of the Kushchevskaya Central district hospital of the Krasnodar Region.

In the near future, the device may become even more widespread in the country within the frames of the federal "Program for publicly available defibrillation". The project implies mandatory introduction of automatic defibrillators in crowded places: educational facilities, sports complexes, railway stations and airports, large markets and shops.

It is known that up to 300 thousand of Russians die every year due to a sudden cardiac arrest. Frequently, emergency services (ambulance and rescuers) do not have time to help, as it is possible to restore the heart rate only in the first 5-6 minutes. Often a tragedy happens in public places: airplanes, airports, on the streets. According to experts, introduction of the portable AED A15 defibrillator will reduce death rate from sudden cardiac arrest by about 50%, i.e. thousands of lives will be saved annually.