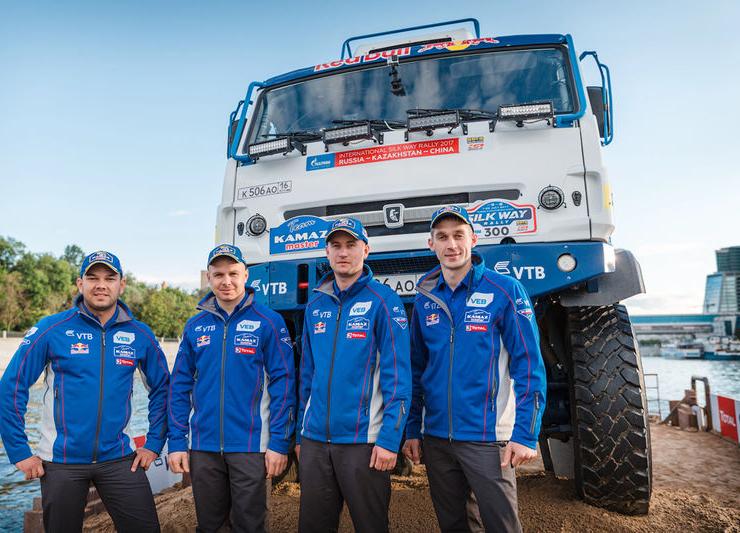 Vladimir Putin awarded Eduard Nikolaev, a KAMAZ-Master pilot, with the Order of Honour. The Russian racer has won the prestigious international Dakar Rally Marathon three times – in 2013, 2017 and 2018. Apart from Eduard Nikolaev, another member of KAMAZ-Master team, Dmitry Sotnikov, was awarded the Medal of the Order of Merit 'For Services to the Motherland', II class.

According to the Decree of the President of the Russian Federation No. 118 dated 26 March 2018 "On National Awards in the Russian Federation" Eduard Nikolaev and Dmitry Sotnikov were awarded the national awards "for the great contribution to the victory of KAMAZ-Master team at Dakar 2017 and and "Africa Eco Race 2017" international rally marathons.

Besides, other employees of KAMAZ-Autosport also received their awards: Vyacheslav Mizyukaev, Director for Production Support of the Engineering Department, and Sergey Nikitin, a car repair mechanic of the production workshop, were awarded the Medal of the Order of Merit 'For Services to the Motherland', I Class.

Apart from Dmitry Sotnikov, the Medal of the Order of Merit 'For Services to the Motherland', II class was also awarded to Stanislav Pogozhikh, Head of the Production Workshop, and Evgeny Yakovlev, Director of the Design Bureau of the Engineering Department.

It should be recalled that Vladimir Chagin, KAMAZ-Master team leader and seven times winner of Dakar Rally (truck class), was previously awarded the Order of Merit 'For Services to the Motherland', III class "for the great contribution to development of the national culture and art and many years of fruitful work".