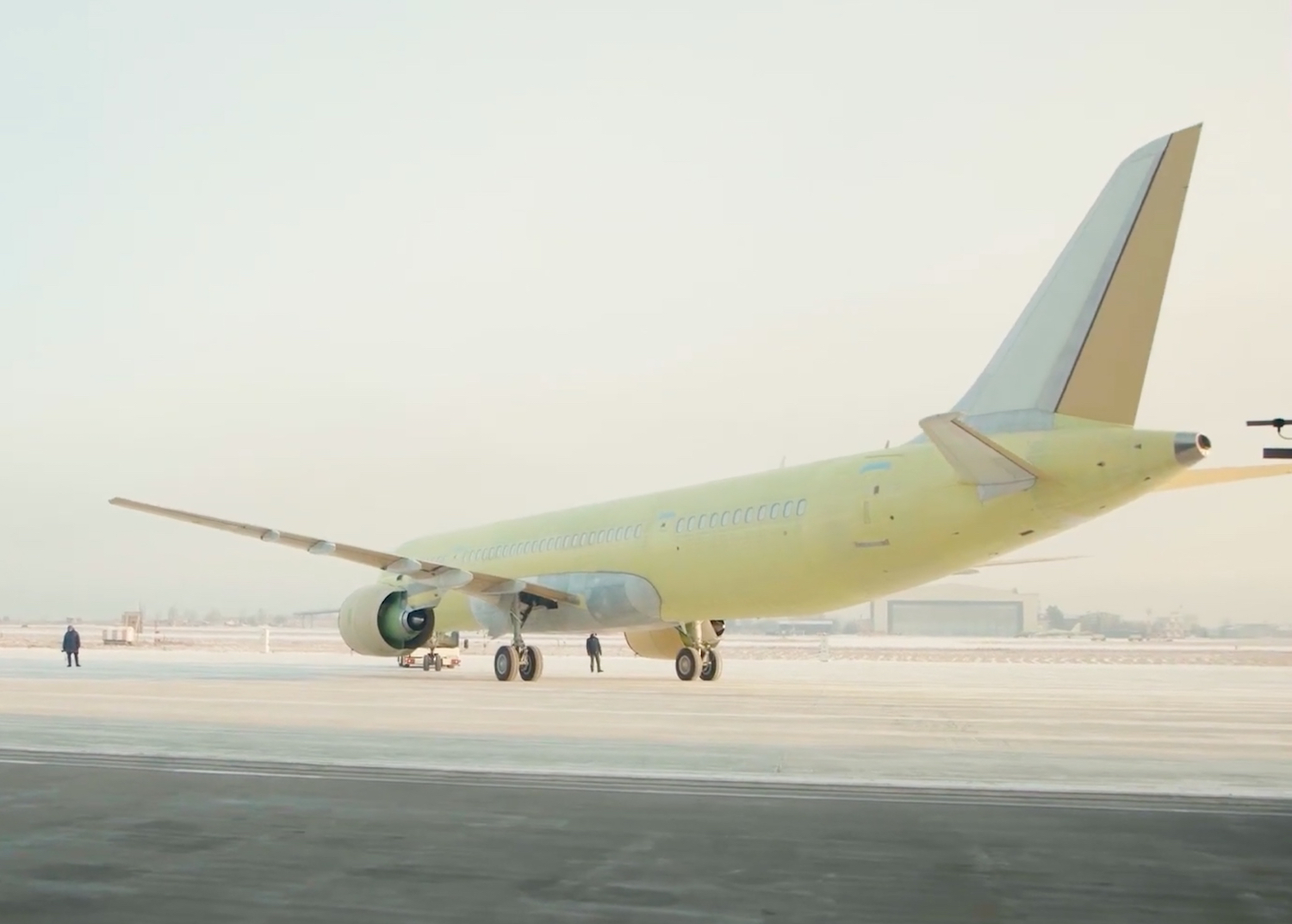 Irkut Corporation (part of the United Aircraft Corporation of Rostec State Corporation) has completed the construction of the first MC-21-300 aircraft with a Russian-made polymer composite wing.

Today the aircraft was transferred from the final assembly shop of the Irkut Corporation’s Irkutsk Aviation Plant to the flight test division. Specialists of the plant and related enterprises are to carry out the ground checks program for the aircraft and its systems to prepare the aircraft for its first flight.

The development and production of Russian polymer composite materials for the MC-21 wings was started following the imposition of trade restrictions against the Aerocomposit by the US in September 2018.

‘The combination of strong and light composite materials allowed the designers to make a high-aspect wing and to improve the aerodynamics of the aircraft simultaneously with the increase of the fuselage diameter. I would like to note that Irkut specialists managed to cope with the import substitution task and to start mass production of the aircraft with the Russian wings in the shortest time possible. The assembly of the first airliner is a big step for UAC and for the entire Russian aircraft industry. It shows the maturity of our aviation technologies and is yet another victory over the sanctions,’ said Sergey Chemezov, CEO of Rostec.

The share of composites in the MS-21 design is about 40% - a record figure for medium-range aircraft. The domestic materials for the composite load-bearing structures have been developed with the participation of the scientists from Moscow State University and enterprises of Rosatom. Outer wing panels and wing center section of the MC-21-300 aircraft are produced by the "AeroComposit-Ulyanovsk" enterprise. The Russian patented technology of vacuum infusion is applied for the wing production.