The True Greyhound to the Russian Defense 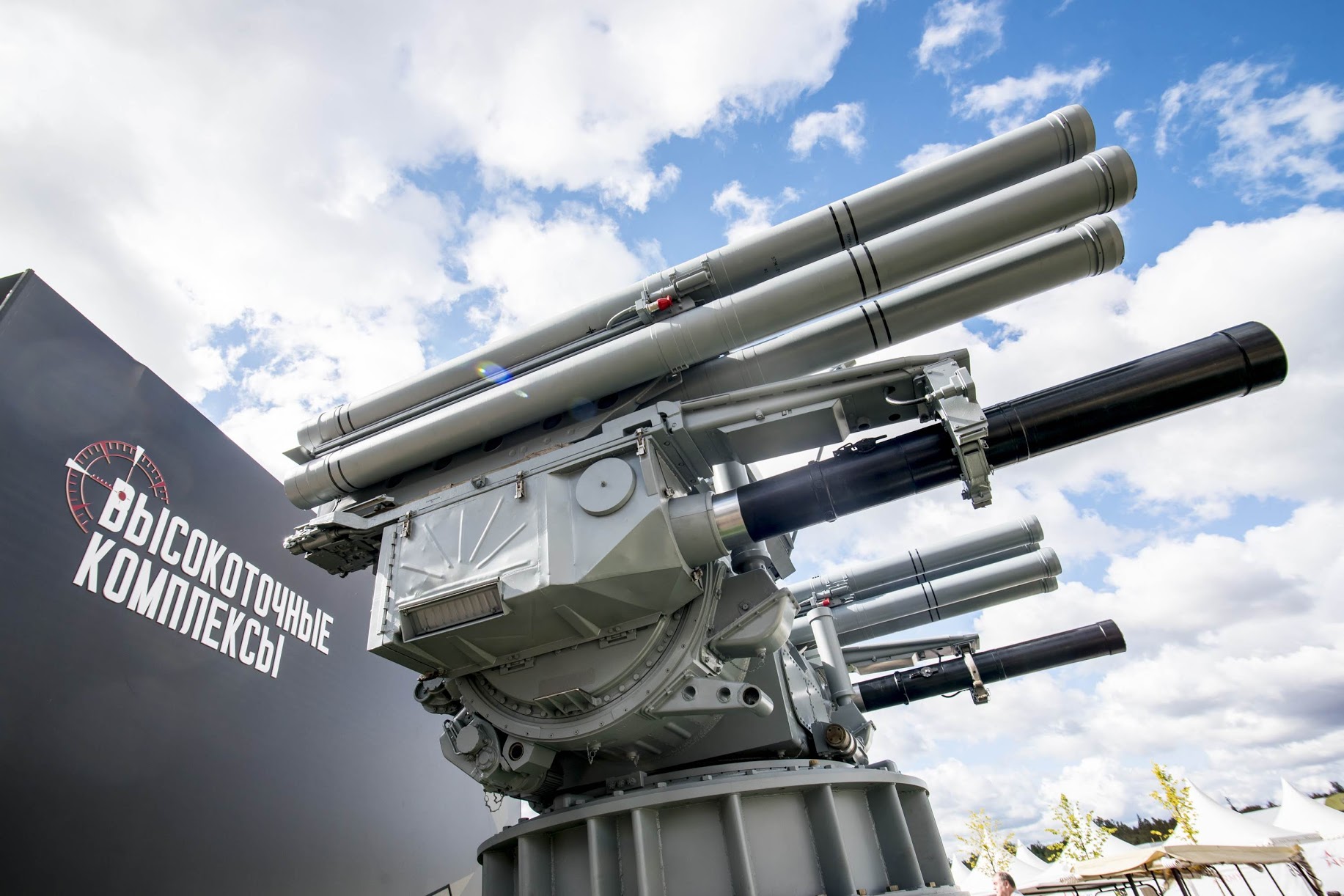 The Pantsir (NATO reporting name: SA-22 Greyhound) anti-aircraft artillery complex has become the signature weapon not just for the Tula Instrument Design Bureau but for the whole Russian Defense Industry. Designed back in 1994, it is still in service, being modernized all the time and is still the best in its class.

The creation of Pantsir

Pantsir's prolific characteristics were a result of the enormous work done by the engineers in the Tula Instrument Design Bureau. The first test prototype was put together in 1994, and the complex was admitted into service in 2012. Today, Pantsir serves not only in Russia but is also actively exported. It has been recognized as one of the most popular air defense systems in the world. 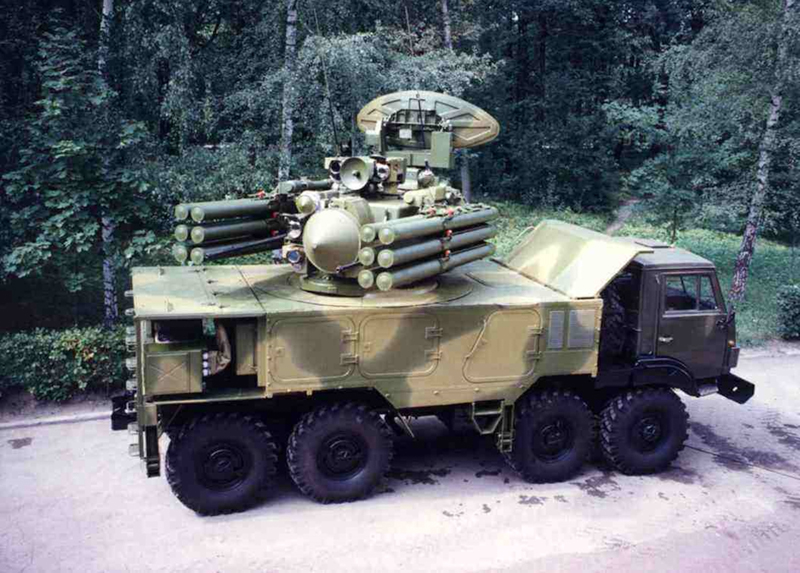 The Command of the Air Defense Troops ordered the Instrument Design Bureau the development of a new anti-aircraft weapon system in 1990. Initially, the new item was designed to provide covering fire for S-300 long-range surface-to-air missile systems and the radar locator system of the country's Air Defense Troops. Later on, the possibility of using the system as a cover for motorized rifle troops in transit as well as for destroying infantry and light armored vehicles.

The new system's prototype named Roman with Ural vehicle chassis armed with two 30-mm guns and surface-to-air guided weapons was presented to the interdepartmental commission in 1995. Roman did not arise much attention among the military personnel - it was incapable of delivering fire while in active motion, and its killing zone was restricted to 12 m. The decision was influenced by the economic situation of the 1990s.

The changes in the further development of the project came with the first export contracts. International partners expected the military machine to have new characteristics. The engineers with the KBP of Tula managed to modify the system and create a true masterpiece in its class. The killing zone increased, the machine now could deliver fire while in motion. These metamorphoses also changed the Russian experts' opinion about the weapon. And so mass utilization of the system started, and in 2012 the new Pantsir S-1 combined short to medium range surface-to-air missile and anti-aircraft artillery weapon system was admitted into service.

A masterpiece in its class

The combined short to medium range surface-to-air missile and anti-aircraft artillery weapon system Pantsir S-1 has tracker chassis, vehicle chassis from a truck, a support vehicle or is stationed. Air defense is performed via autocannons and guided missiles with radio command guidance with infra-red and radar tracking.

The complex is designed to defend small-sized objects from air attack weapons, both piloted and pilotless. The system's RSC (radar cross-section), however, is only 2-3 sq. cm. This makes it possible to detect any short-range mini-UAVs, even a really small quadcopter. Just recently, The National Interest magazine recognized this very feature of Pantsir as unique. S-400 Triumph can be called a long-range surface-to-air gun system while Pantsir S-1's task is to catch all the 'small stuff', as noted by experts.

Pantsir is equipped with powerful phased antenna arrays which help destroy objects within the range of 20 km and the height up to 15 km even with no external support. The system's time response is about 5 seconds and the time between the launches and target lock-ons is about 1.5 second. The system can deliver fire to four targets simultaneously.

Another important advantage of the Pantsir system is its mobility. The modular basis enables the troops to easily relocate the system and to place it on any chassis. Climate is no issue for Pantsir's traveling - the system can operate in both extremely high and low temperatures. For instance, the Russian Pantsirs stay on station at +50°С in Syria and at -50°C in the Arctic region.

Pantsir S-1 can be used solely, but it proves more efficient when a battalion is used. Each machine can capture four targets at once meaning that a group of four systems can kill 16 targets. The designers note that the whole Air Defense system of a rather small country can be built on the basis of just Pantsirs which would also be quite reasonable budget-wise.

Another Pantsir's specific feature is its missile. 'Since the times of Tunguska (the 1980s), the concept of developing short-range surface-to-air systems has changed. Many people thought that it would be more reasonable to create a 'smart' missile that will be able to find a target and shoot it down on its own. We chose a different path. We removed any unnecessary parts from the missile making it as plain and fast as possible. The guidance head is located not on the missile itself but on the ground. Here you can come up with much more complex algorithms. It gave us a very inexpensive weapon. This is a crucial point considering the current development of aerial assault weapons,' says Valeriy Slugin, the head of surface-to-air weapon engineers of the KBP of Tula. 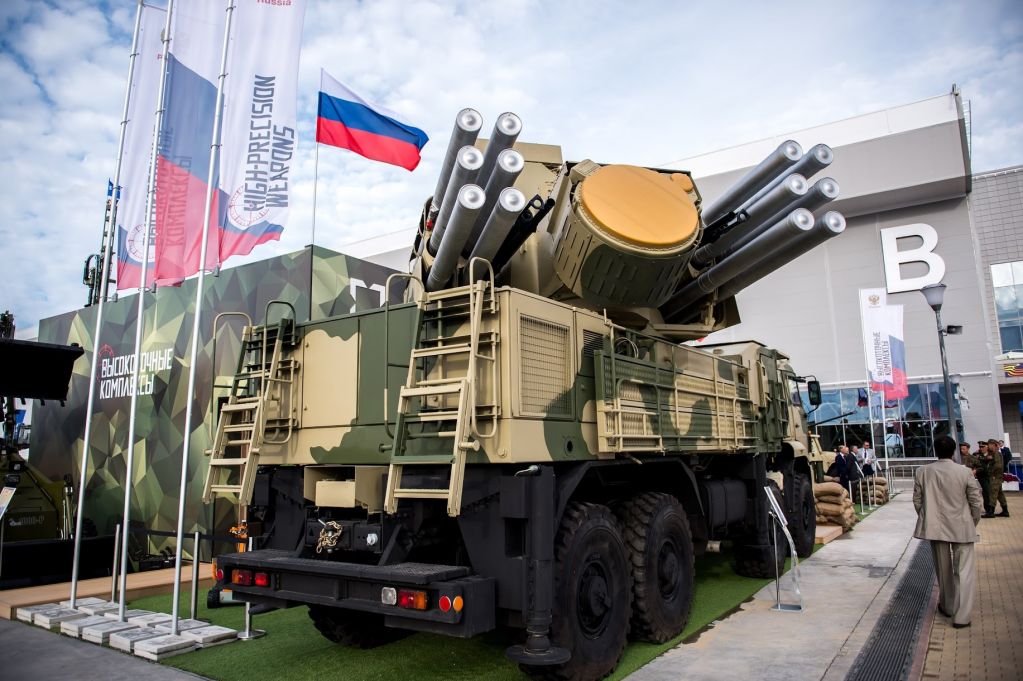 This is why he believes there is nothing similar to Pantsir in the world. 'There are some nice designs. The French Crotale, for example. But they wouldn't develop it any further. The French instantly focused on target-seeking devices Aster 15/30 and flew into a different price range. There's Iron Dome, Israel's air defense system. It has a coordinator, too,' notes Valeriy Slugin.

The KBP of Tula never stopped working on the system. In 2015 a new system with improved characteristics was admitted into service - Pantsir S-2. The testing and designing work on another promising system - Pantsir SM - is scheduled to be finished in 2019. It is planned to be equipped with a new siting station with phased antenna arrays. It is expected to be able to 'see' a target that's 75 km away. The renovated Pantsir is also supposed to get a new high-velocity missile, and the detection and killing range is expecting to almost double - up to 40 km. The missile will be compatible even with the previous models of the system.

In 2015, on the base of the model Pantsir-S, the engineers of the KBP of Tula developed its marine version - Pantsir-ME. 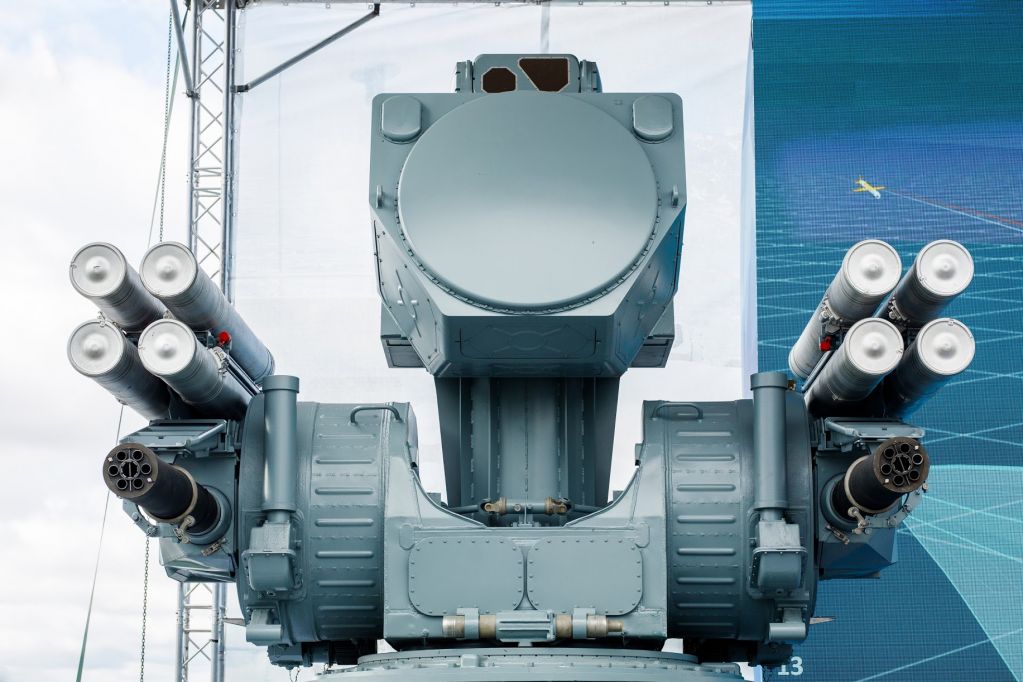 Its weapon station is equipped with eight surface-to-air guided missiles with another 32 missiles are kept below decks and two 30-mm six-barrel machineguns. The system can destroy targets flying 2 m to 15 km above the ground within the range of 20 km. The artillery fire covers objects within the 4-km range 0 to 3 km above the ground. Pantsir-ME is able to deliver fire to four targets at once, each with the speed up to 1 km/s.

The complex employs a high intelligent multimode adaptive radar and optical control unit. Operator work - starting with target location and up to delivering fire - is completely automated. The combination of radio and optical control systems makes it capable of operating at any time of the day.

The head of the engineering team responsible for marine-based air defense systems Aleksandr Zhukov has stated that Pantsir-ME systems can be located on any ships with the draft no less than 300 tons. It can also be installed on stationary platforms. The system can shoot down various objects including unpiloted aircrafts and planes, but the missiles can also be used against ships.

The marine version of the Pantsir was presented at the International Maritime Defense Show in St. Petersburg in 2017. At the time, the new development made a great impression on experts and forum visitors. The first international presentation of the naval surface-to-air missile system Pantsir-ME is taking place these days at the International Defense Exhibition & Conference IDEX-2019 in Abu Dhabi.

According to experts, Pantsir-ME has a great export future with the countries in the Middle East, Southeast Asia, and Latin America. The system is not designed exclusively for Russian ships: it is also compatible with ships built in other countries.