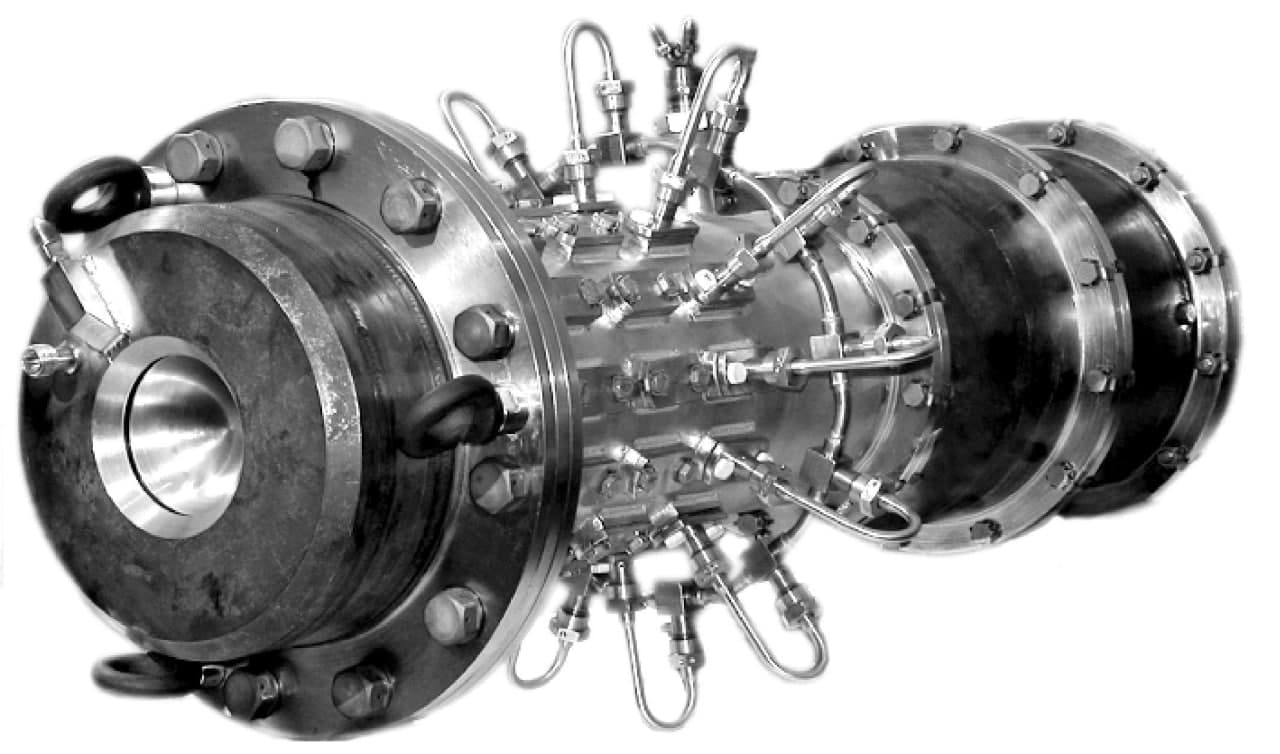 The United Engine Corporation of Rostec has completed the first stage of testing a demonstrator model of a pulse detonation engine, which in the future can be used in advanced rocket and space systems, hypersonic aircraft and orbital spaceplanes. In some operating modes, the power plant demonstrated up to 50% increase in specific thrust when compared to conventional engines.

Pulse detonation engine is a new type of aviation power plant. It has a more efficient thermodynamic cycle than currently operated gas turbine engines. The A. Lyulki Design Bureau (branch of PJSC "UEC-UMPO") has formed a separate development project for power plants of this type.

“The first stage of testing the pulse detonation engine demonstrator has been successfully completed. It has shown the required performance characteristics. In some operation modes, the specific thrust was up to 50% higher than the performance of traditional power plants. This will prospectively increase the maximum range and payload mass of aircraft by 1.3–1.5 times. The design will be able to be applied, for example, on orbital spaceplanes, supersonic and hypersonic aircraft, and future-generation rocket and space systems", reported the Rostec aviation cluster.

Aircraft equipped with pulse detonation engines will have better flight dynamics and maneuverability. The engine type can be used to develop traditional rocket and air-jet propulsion systems or their support systems.

“The simplicity of the design and its relatively low requirements for gas-dynamic process values allow us to integrate solutions developed on the previous engine generations. This provides a great commercial and economic advantage in comparison with the more traditional engines that are currently under development", said General Design Director of A. Lyulki Design Bureau Evgeny Marchukov.

In 2016, the authors of the "Pulse detonation engine" project became the winners of the "Best innovative project in the areas of critical technologies in the Russian Federation" competition in Skolkovo. A model of a pulse detonation engine was first presented at the ARMY-2017 International Military-Technical Forum.

Rostec to Create Digital Twin of Next Generation Ship Engine