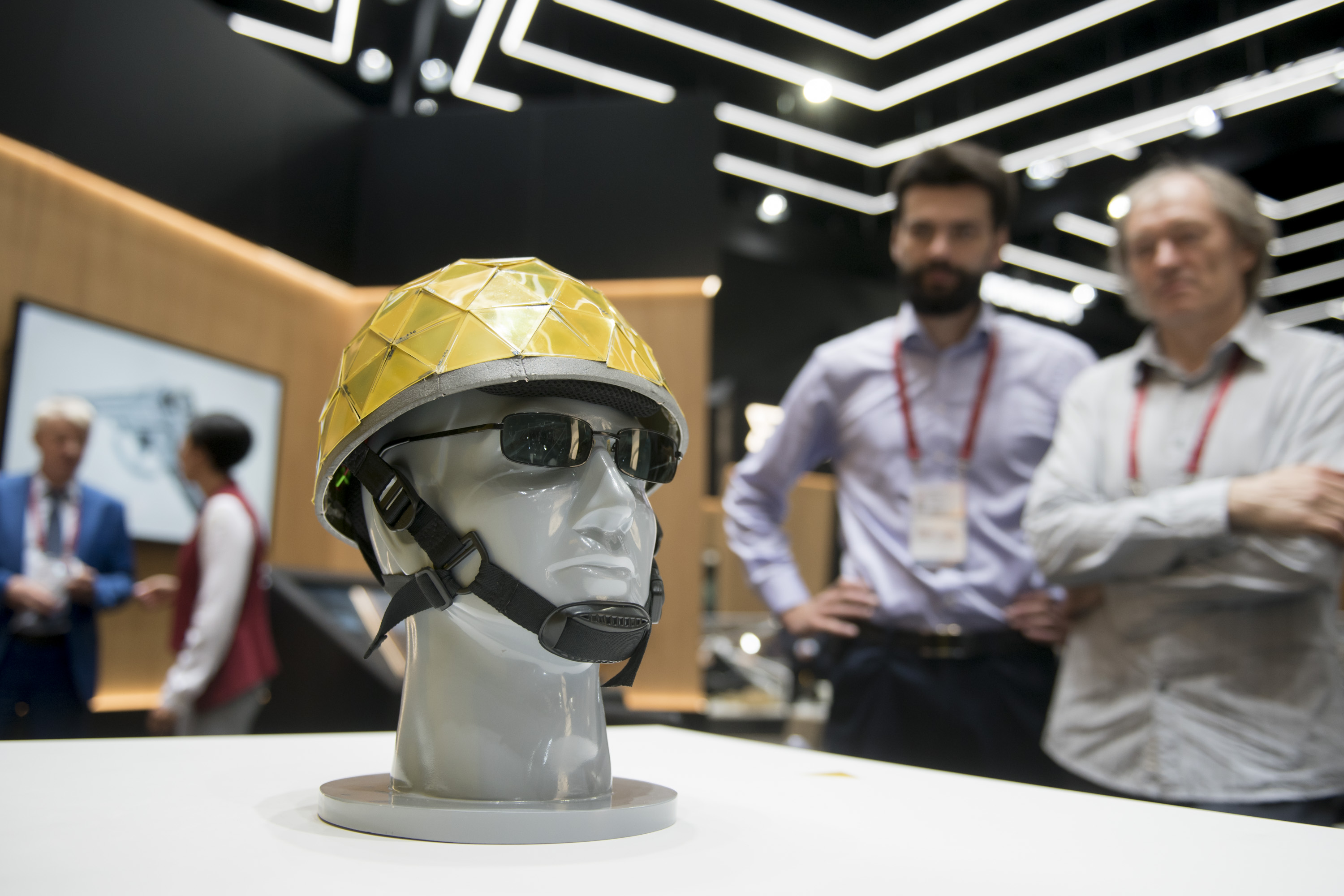 Rostec has presented a unique camouflage coating for military vehicles and soldiers' equipment able to mimic the color of the environment at the Army 2018 forum. The company illustrated the possibilities of the material with a soldier's helmet made for the advanced, third generation equipment Ratnik. The chameleon cover is on display at the corporation's permanent exhibition in Patriot Park.

The specialized electrically-operated material covering the helmet prototype is able to change color depending on the camouflaged surface and environment. The material can display dynamic changes of color intensity and simulate complex images, for example, the motion of leaves in the wind. Within Rostec, the development is performed by Ruselectronics and TSNIITOCHMASH.

"Existing types of camouflage do not change their masking properties depending on changes in the background. For example, soldiers will not be seen in a forest against greenery, but they will be visible against sand or snow. An innovative coating created by Ruselectronics provides unique opportunities for masking. We are demonstrating how it works using one element of equipment, i.e., a helmet. However, its application is much broader. It can be used in clothing, weapons, and military equipment," said Industrial Director of the Armament Cluster of Rostec Sergey Abramov.

The coating is applied to the base, like ordinary paint, and does not require great accuracy in terms of thickness and uniformity. In particular, this means that repairs can be carried out in the field. The power consumption in continuous adaptation mode is no greater than that of an energy saving lamp. The mass of the coating is just a few hundred grams per square meter.

In the future, the technology could be applied in civilian sectors as well. For example, in the textile industry, it can be used to create clothing that changes color and pattern depending on a person’s mood.

TSNIITOCHMASH forms part of Rostec State Corporation as a directly managed organization. It develops and produces armaments and military equipment for various types of military forces. Under the supervision of TSNIITOCHMASH, over 150 units and complexes of small arms, artillery, anti-tank weapons, military equipment and various types of cartridges have been developed, and their serial production started. They have been handed over to ground troops, paratroopers, air force, the navy and special units of law enforcement agencies.