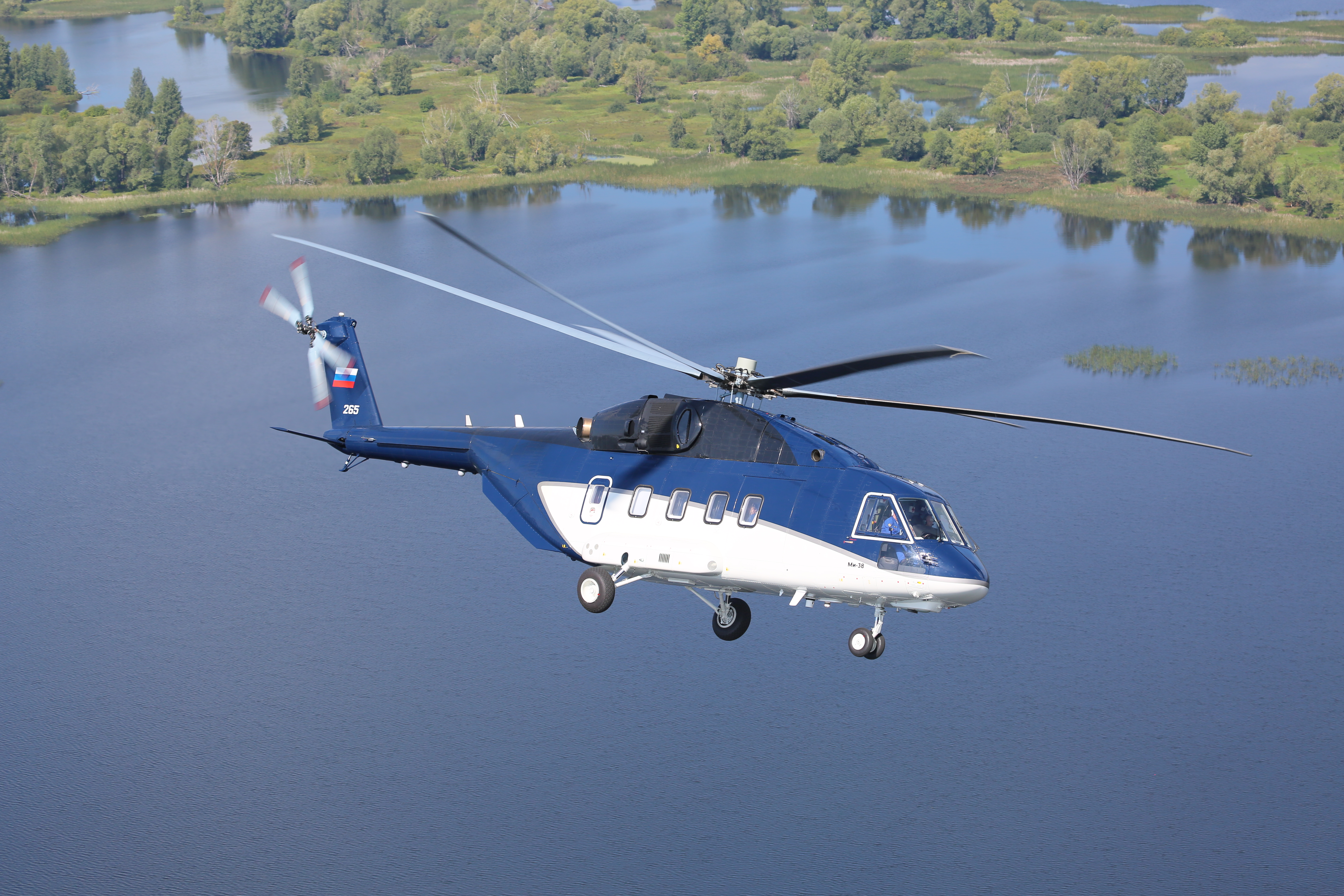 The Mi-38 helicopter made by the Kazan Helicopter Plant will be presented at a static exposition. It will also take part in the flight program forming part of the airspace show by making a flight with other civilian aircraft made by Russian Helicopters. Pre-production prototypes of Mi-38 had been previously demonstrated at MAKS. They took part in the certification flight test program. Besides, the Mi-38T military transport helicopter based on the certified civilian Mi-38 helicopter takes part in the flight program of the exhibition for the first time.

Several changes to the design of the Mi-38 helicopter have been made: these are improved aerodynamic contours of fuselage and cowling of a propulsion unit, main rotor spinners and a swashplate. Engines are placed "behind" the main rotor transmission instead of their traditional placement in front of it. This allowed reduction in aerodynamic resistance and noise level in a cockpit, and increased safety of the machine.

"Mi-38 is a new achievement in Russian helicopter industry. Due to its performance, cost-effectiveness, flight range and cargo transportation capabilities this helicopter is an extremely interesting one in terms of commercial operation and for state customers. Currently, certification tests of the Mi-38 helicopter with a highly comfortable cabin have been completed, and we are ready to begin to supply these machines: we are conducting negotiations with a leasing company now," said Director General of Russian Helicopters Holding Company Andrey Boginsky.

A passenger version of Mi-38 can accommodate up to 30 passengers, and up to eight passengers if this is a version with a highly comfortable cabin. The flight range of the new helicopter is up to 1,300 kilometers (with additional fuel tanks). Mi-38 whose maximum takeoff weight is 15.6 tonnes can carry five tonnes of payload on board or on an external sling.

It can be operated in a wide range of climatic conditions including maritime, tropical and cold climates. Owing to unique technical solutions, Mi-38 is superior to other helicopters of its class in weight lifting capacity, passenger capacity and main aircraft performance characteristics.