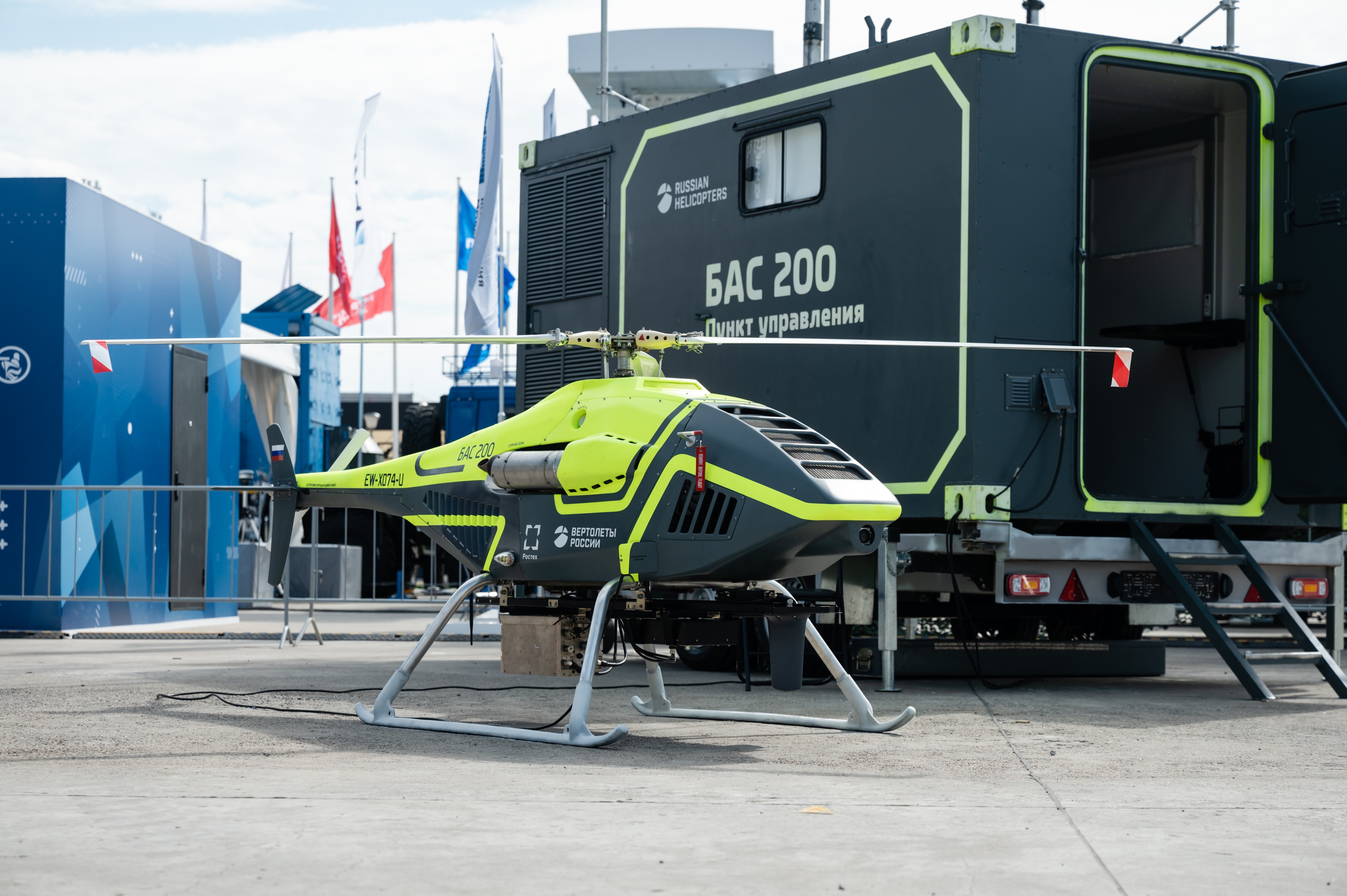 The Russian Helicopters holding company of the Rostec State Corporation is completing a set of flight tests of helicopter-type multi-purpose unmanned aerial systems, following which it proceeds to certification tests of BAS-200. Rotary-winged drones will be assembled at the Kumertau Aviation Production Enterprise of the holding.

BAS-200 can be used to perform a variety of tasks – delivery of goods and monitoring of the area in the interests of geological exploration, forestry, agriculture, search and rescue activities and many other areas of activity. The helicopter-type unmanned complex includes two unmanned aircraft, a ground control station and a container for transporting aircraft. Pre-flight preparation lasts only about 10 minutes.

The BAS-200 test results showed an increase in economic efficiency when performing a number of specialized tasks compared to manned aircraft. The ability to operate an unmanned helicopter in automatic mode minimizes the impact of the human factor. The unmanned aerial system also has versatility and the ability to use equipment in various climatic conditions.

BAS-200 as part of a universal unmanned aerial platform is the first domestic helicopter-type unmanned aerial vehicle, which is included in the register of experimental aviation. BAS-200 has unique performance characteristics: it is capable of reaching speeds of up to 160 km/h and carrying payloads of up to 50 kilograms. The flight of the aircraft can last up to 4 hours at altitudes up to 3500 meters.