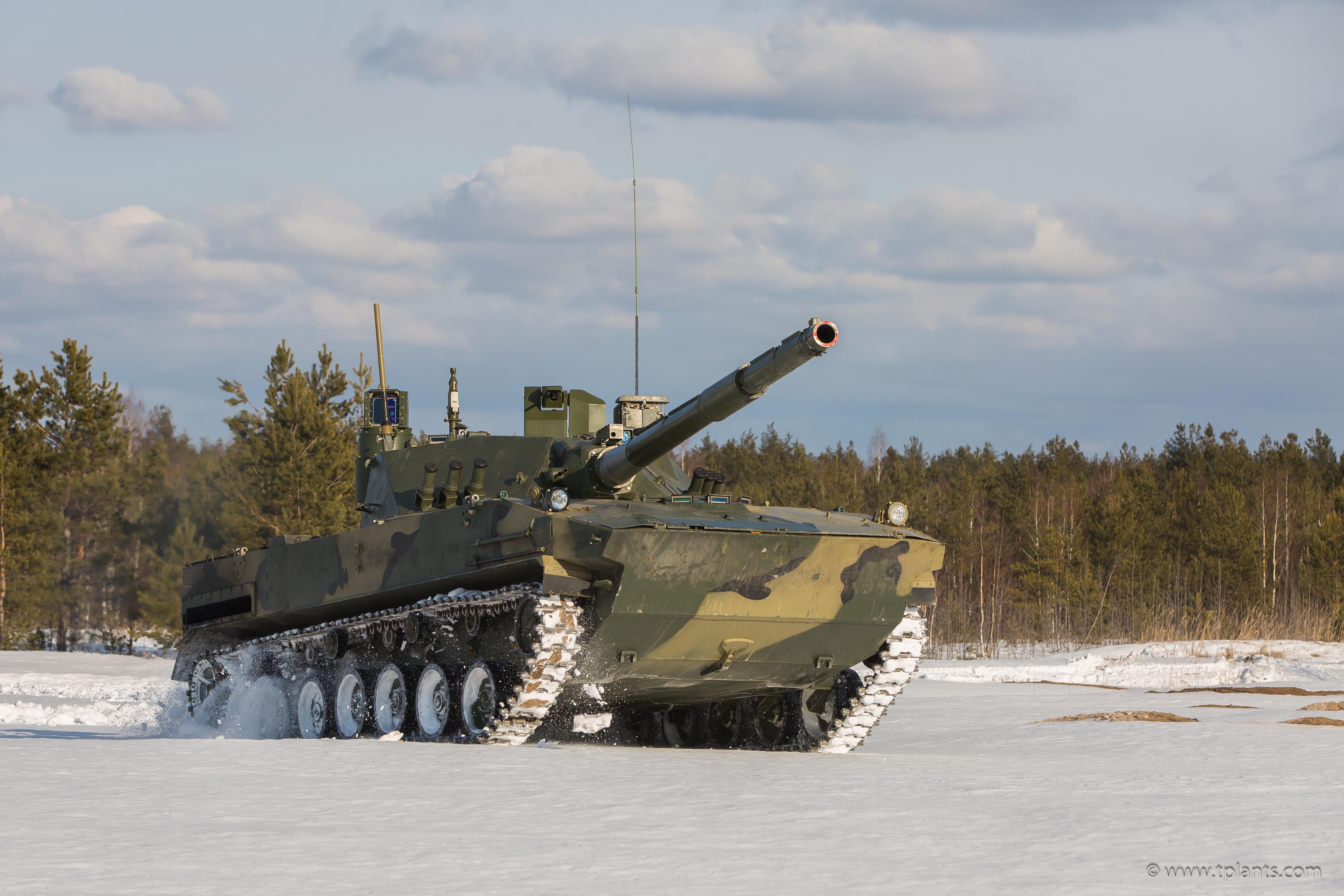 The "High-Precision Weapons" holding of Rostec State Corporation showed the latest light amphibious tank SPTP Sprut-SDM1 at the 15th International Defense Industry Conference and Exhibition IDEX-2021 in the United Arab Emirates. At the exhibition, the combat vehicle is presented as a model, clearly demonstrating its appearance and functionality.

Created at the Kurganmashzavod "Sprut-SDM1" is equipped with a 125-mm 2A75 cannon and corresponds to the T-90MS tank in terms of firepower. The armament complex provides for the use of modern armor-piercing sub-caliber, cumulative, high-explosive fragmentation shells, as well as ammunition with remote detonation. The target destruction range is up to 5 km.

"Light amphibious tank SPTP" Sprut-SDM1 "today is the world's only example of a modern light tank. This unique combat vehicle has not only modern tactical and technical characteristics in terms of security, maneuverability, firepower, but also attractive in terms of price, which the military of foreign countries can see at an exhibition in the UAE in the coming days, "said the executive director of the developer and manufacturer PJSC "Kurganmashzavod" Petr Tyukov.

The combat vehicle is equipped with a chassis information control system. The newest communication complex with frequency modulation and technical transmission masking provides integration into control systems, including automated ones.

The chassis of the combat vehicle is equipped with a highly efficient independent hydropneumatic suspension with a variable ground clearance system. All this ensures the solution of complex tactical tasks, in particular, reconnaissance, actions as part of raid or forward detachments, maneuvering defense, forcing water obstacles at once, amphibious operations, actions in wooded swampy, mountainous terrain and northern regions, control of the territory in operations on maintaining peace and in internal armed conflicts.

In terms of assemblies and parts of the chassis, as well as in the engine-transmission compartment, the Sprut-SDM1 SPTP is unified with the BMP-3 infantry fighting vehicle and with the BMD-4M airborne combat vehicle. The UTD-29 500-horsepower multi-fuel diesel engine develops the power required to move an 18-ton combat vehicle with a crew of three at speeds up to 70 km/h on land and up to 10 km/h on water.