Sukhoi Su-35S: Capabilities Out of This World 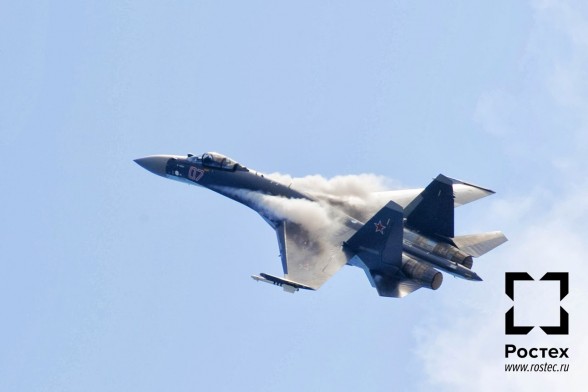 A demonstration of Russian aircraft at the 2013 Le Bourget air show stunned spectators. The air show visitors were amazed to see the handling of Sukhoi Su-35S, as the jet performed aerobatics that no other jet fighter in the world could touch.

Engineer Christian Kunovski offers a taste of a knowledgeable spectator’s first-hand impressions: “I have been in the industry for 22 years, I have seen a lot, but this flight was simply incredible. This is not a fighter jet, this is a UFO!»

This was the first public demonstration of a Su-35S overseas, and it went on to be the biggest highlight of the air show.

Let us take a closer look at the Sukhoi Su-35 and attempt to reveal the secret of its “other-worldly” capabilities.

There have been two different Sukhoi Su-35’s in the aviation history; they even look different. The first jet fighter to get this designation in the early 1990s at international trade shows was an aircraft also known as Sukhoi Su-27M.

The earlier Su-35 was a comprehensive upgrade of the basic Su-27. In fact, that was the first attempt to make a multi-role fighter out of the interceptor jet. 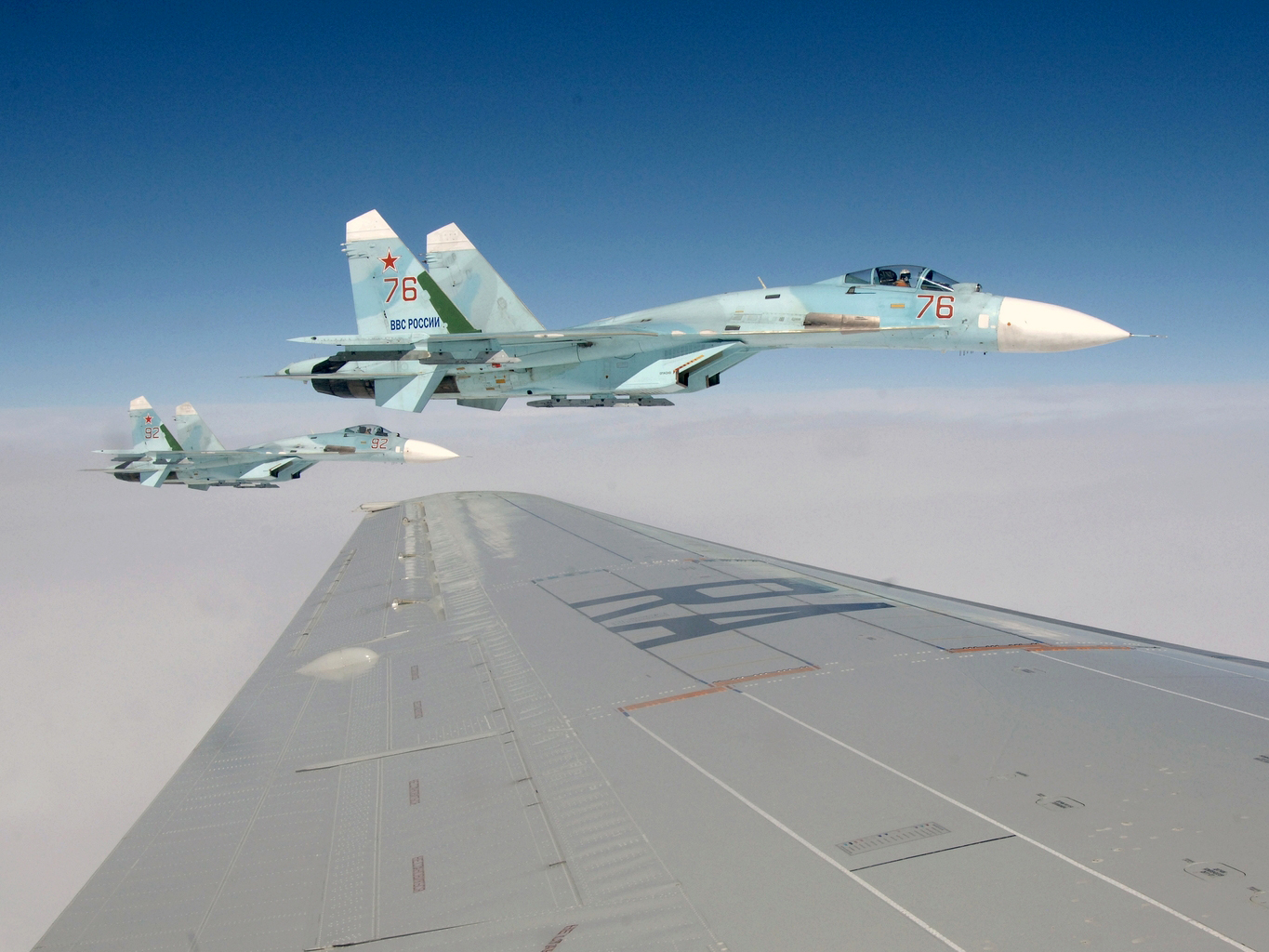 Then the upgraded Su-27 was given new capabilities to control guided precision weapons. To enable this capability, a new airborne radar was installed on the jet. The weapons control system and the airframe were also modified, adding a canard wing.

For a number of reasons, that jet did not go into production, and the manufacturer did not resurrect the Su-35 designation until 2005. The new Sukhoi Su-35 took off from the Ramensky Airfield of the Gromov Flight Research Institute in February 2008.

The fighter jet was originally designated Sukhoi Su-35BM (the Russian index for “big modernization,” or “a major upgrade”), and was subsequently renamed as Su-35 for the export markets. After the Russian Air Force became interested in the new model, a Sukhoi Su-35S variant emerged, with the index S traditionally signifying a version designated for the Russian Defense Ministry.

The Sukhoi Su-35S carries a 30mm cannon, has 12 hard points and can detect targets at more than 400 kilometers, while its radar can track up to 30 targets simultaneously. The fighter has range in excess of 3,500 kilometers without refueling. The world’s most powerful Fourth-Generation fighter’s standout features include new engines, avionics and radar.

Use of high-thrust engines is a significant differentiator of Sukhoi Su-35 from predecessor Su-27 family jets. The new engines were developed by NPO Saturn, a UEC subsidiary, and are known under the 117S deisgnation. 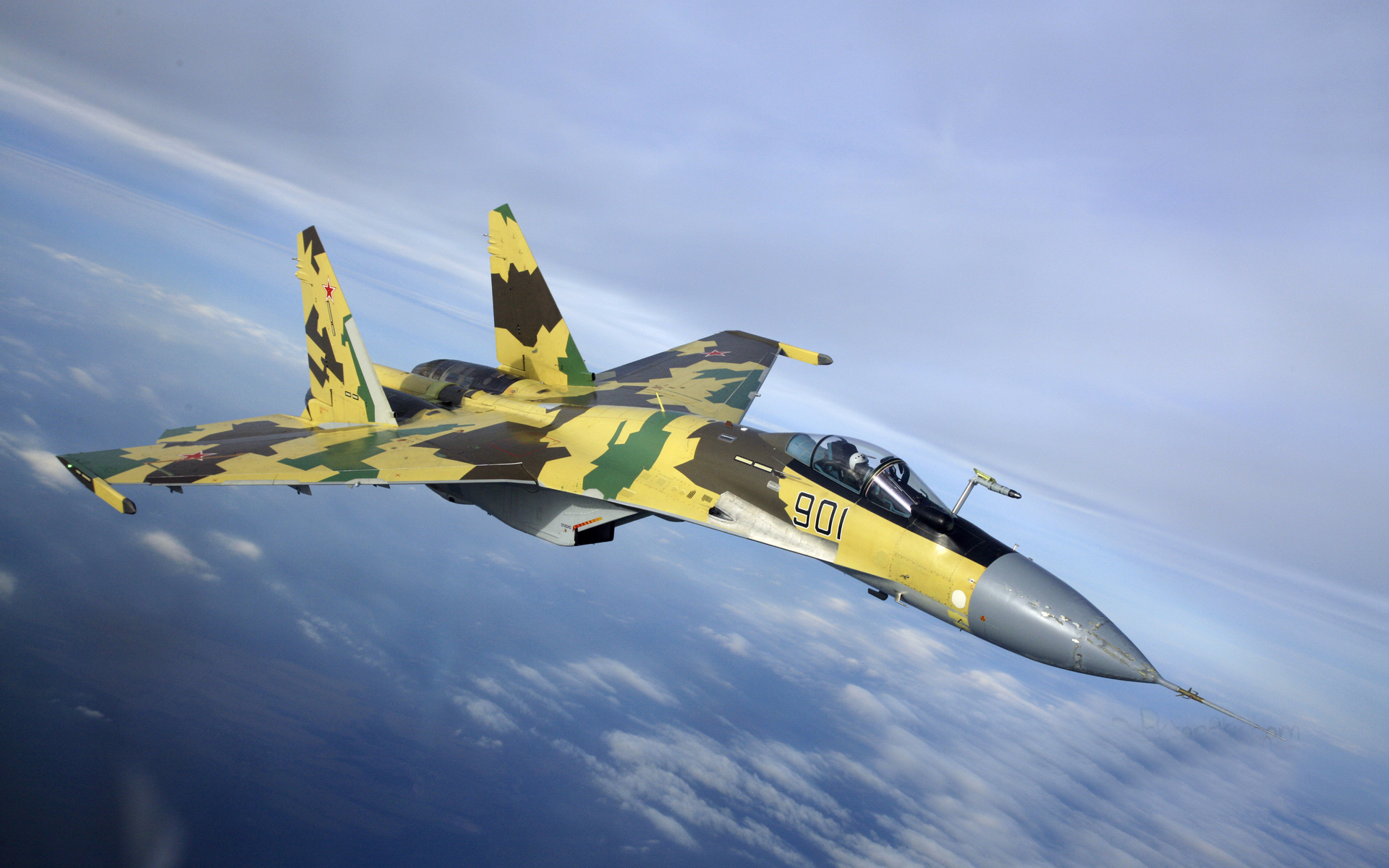 The new engines are essentially a deep upgrade of production AL-31F engines, with fifth-generation technologies used in the upgrade. The upgrade has increased the engine’s thrust by 16% to 14,500 kgf with afterburners and to 8,800 kgf maximum dry thrust. The engine has a significantly improved expected life (by a factor of 2x – 2.7x) compared to the production AL-31F: from 500 to 1,000 hours between repairs (and to 1,500 hours running time before the first overhaul), with the total expected life increasing from 1,500 to 4,000 hours.

The avionics used in the new jet are a completely new system of onboard electronics. The entire complement of Sukhoi Su-35 electronics is integrated into a single system.

Avionics and other equipment are integrated into a single cohesive system by an information processing and control system, which comprises two digital CPUs, interface and data conversion systems, and a head-up display (HUD) implementing the glass cockpit concept.

The Su-35 has two MFI-35 large color multi-functional LCDs, a multi-functional panel with an integrated display processor, a wide-angle collimated head-up display superimposed over the windscreen and a control panel in the cockpit. 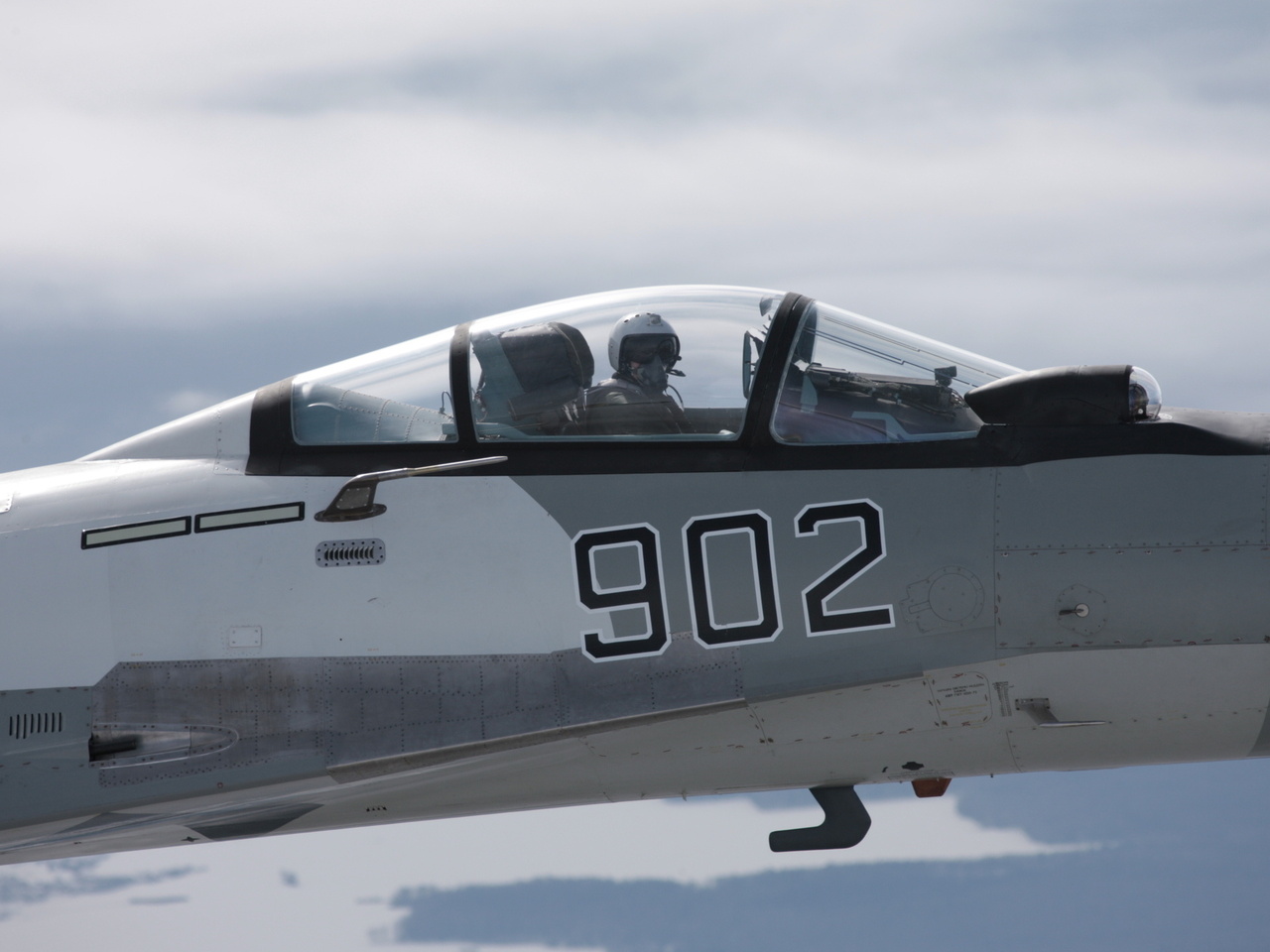 These indicators and a range of other avionics systems of the aircraft were developed by the Ramenskoye Instrument Design Bureau, also a Concern Radioelectronic Technologies (KRET) subsidiary.

The navigation system can identify the aircraft’s location independently from satellite positioning and without communicating with ground-based systems, at accuracy levels double those offered by earlier versions. BINS-SP-2 has an expected operating life of 10,000 hours, nearly double that of currently available comparable navigation systems.

Incidentally, this state-of-the-art navigation system, created from scratch by KRET subsidiaries, will be also used in the Fifth-Generation advanced front-line aircraft system.

While lacking an APAR, the Su-35 radar system can detect targets at distances up to 400 kilometers, as well as tracking up to aerial targets and engage up to eight of these targets simultaneously.

Sukhkoi Su-35S has owes these capabilities to its new Irbis phased-array radar control system. The system was developed by Tikhomirov Instrument Engineering Research Institute, a KRET subsidiary, and is being manufactured by the Ryazan State Instrument Factory, another subsidiary of KRET.

The state-of-the-art system enables Sukhoi Su-35S to detect quickly and track simultaneously up to four ground targets or up to 30 airborne targets, as well as engaging up to eight airborne targets at the same time. Besides, the radar control system has the friend-or-foe identification capability for aerial and maritime objects, is capable of identifying the class and type of airborne targets and take aerial photos of the ground.

The system can be used in any weather at any time of the day, and remain effective in  the face of interference, either natural or organized by the enemy electronic warfare systems.

An oscillator with peak power output of 20 kW used in the passive phased array radar makes Irbis the most powerful radar control system in the world.

This puts the Sukhoi Su-35S radar system on par with the best state-of-the-art international designs, and ahead for most US and European active and passive phased array radars.

Sukhoi Su-35S: Capabilities Out of This World