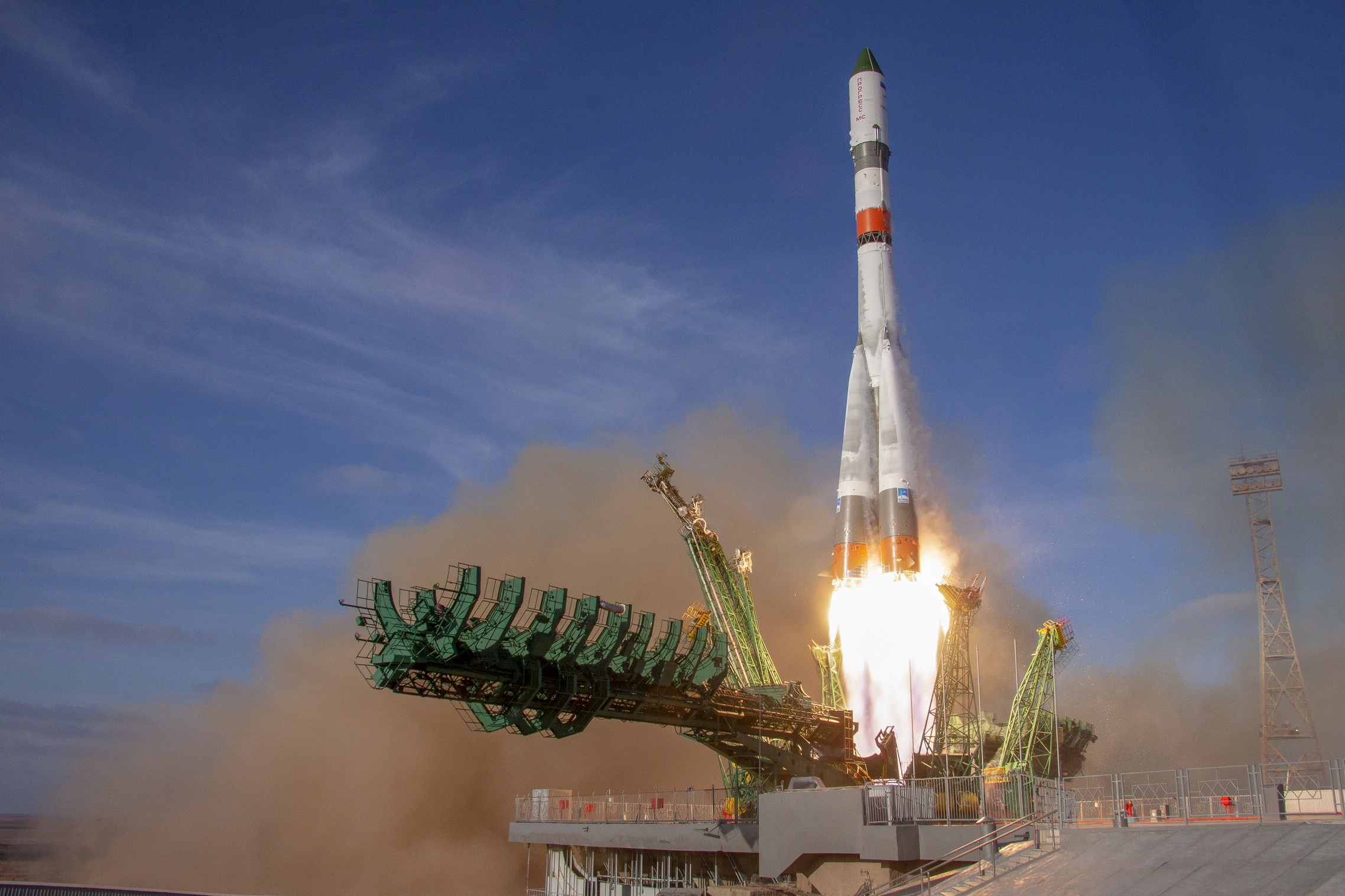 RD-107A / RD-108A rocket engines built in Samara by "Kuznetsov" enterprise of the United Engine Corporation of the "Rostec" State Corporation, ensured a successful launch of the "Progress MS-13" cargo spacecraft within the scope of the 74th International Space Station supply mission.

The launch of "Soyuz-2.1a" middle-class launcher with the Progress MS-13 cargo spacecraft took place on December 6 at 12:34 Moscow time from the launch complex of site 31 of the Baikonur Cosmodrome. The RD-107A / RD-108A rocket engines installed on the first and second stages of the launcher worked normally.

The approach of "Progress MS-13" cargo spacecraft to the ISS and the approach to the "Pirs" docking compartment are planned to be carried out automatically under the control of the MCC specialists and Russian crew members - cosmonauts Alexander Skvortsov and Oleg Skrypochka. The docking is scheduled for December 9th at 13:38 Moscow time.

The "Progress MS-13" is the third cargo spacecraft launched to the orbit by "Kuznetsov" mass production engines this year. In total, since the beginning of 2019, 14 launches of Soyuz-type launch vehicles were carried out with RD-107A / RD-108A engines from four cosmodromes — Baikonur, Vostochny, Plesetsk, and Kuru.

The spacecraft will deliver about 2.5 tons of cargo to the ISS - fuel, air, equipment to maintain the station in working condition, packages and life support equipment for the crew.

The Power of Siberia Gas Pipeline is Powered by Rostec Engines