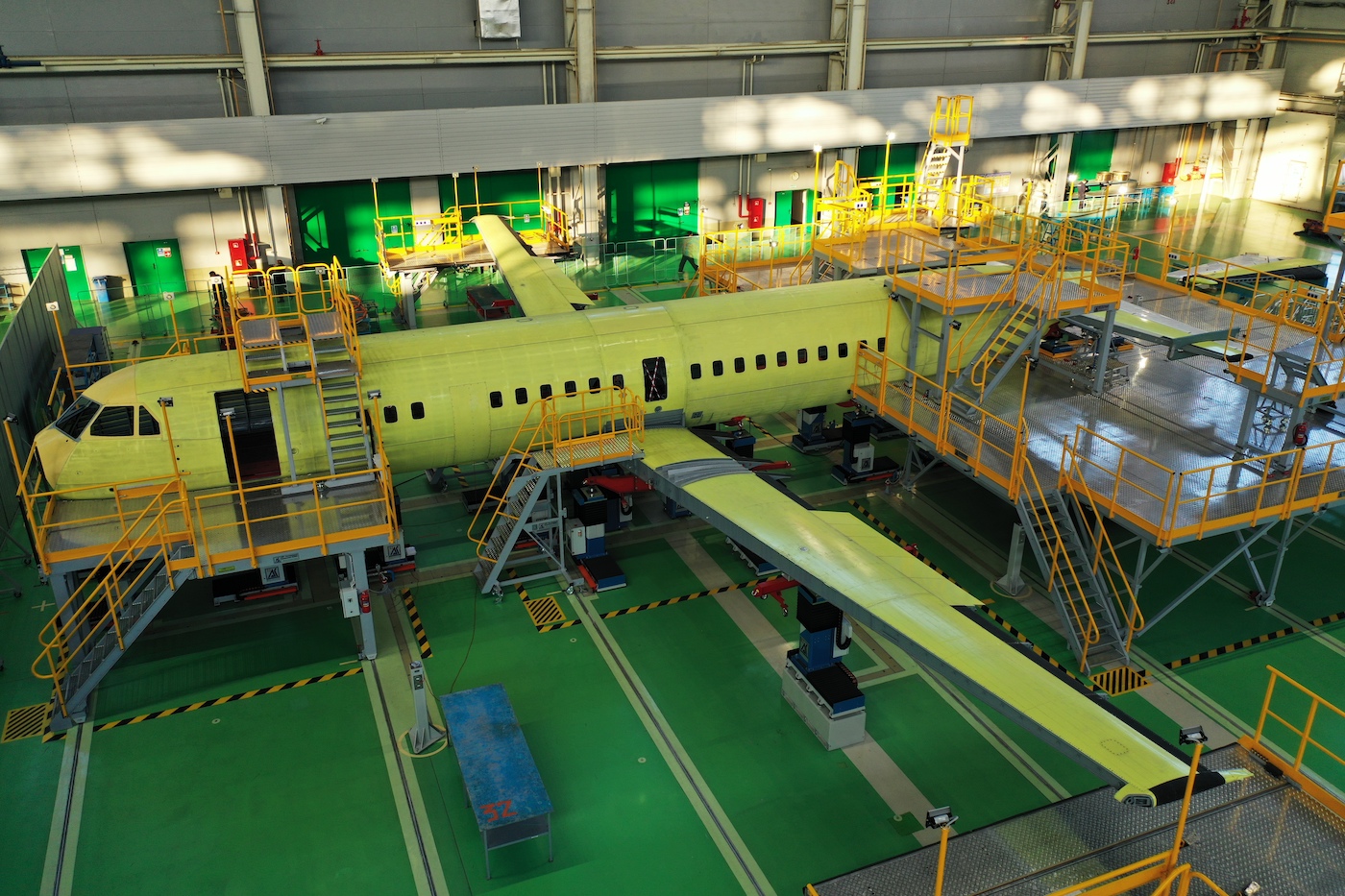 At its plant in Lukhovitsy outside Moscow, the next stage of assembly of the updated airframe of the second prototype of the IL-114-300 regional turboprop passenger aircraft has begun. Experts docked the wing to the fuselage and installed a horizontal tail assembly. The aircraft is manufactured on an automated stand using jigless assembly technology.

The aircraft is manufactured through broad cooperation of enterprises of the United Aircraft Corporation: work on the production of the wing and tail unit was carried out by the Voronezh Aircraft Plant (VASO), the final assembly is carried out at the Lukhovitsky Aviation Plant named after P.A. Voronin. The aircraft developer is the Aviation complex named after S. V. Ilyushin.

“The IL-114-300 has a number of advantages that make the airliner attractive to potential customers. The aircraft is easy to operate, its characteristics make it possible to safely operate even from unpaved strips. The liner is also economical - its fuel consumption will be up to 500 kg/h. Today we are assembling the second prototype of the aircraft, which will receive an updated airframe. It is planned that the aircraft will undergo flight tests this year. In addition, manufacturing technologies are being developed on the second prototype which will make it possible to establish serial production of the aircraft in the shortest possible time”, said Oleg Yevtushenko, Executive Director of Rostec State Corporation.

Stackless assembly ensures high precision of work. Correction of the position of units and components of the airframe is carried out using digital technologies.