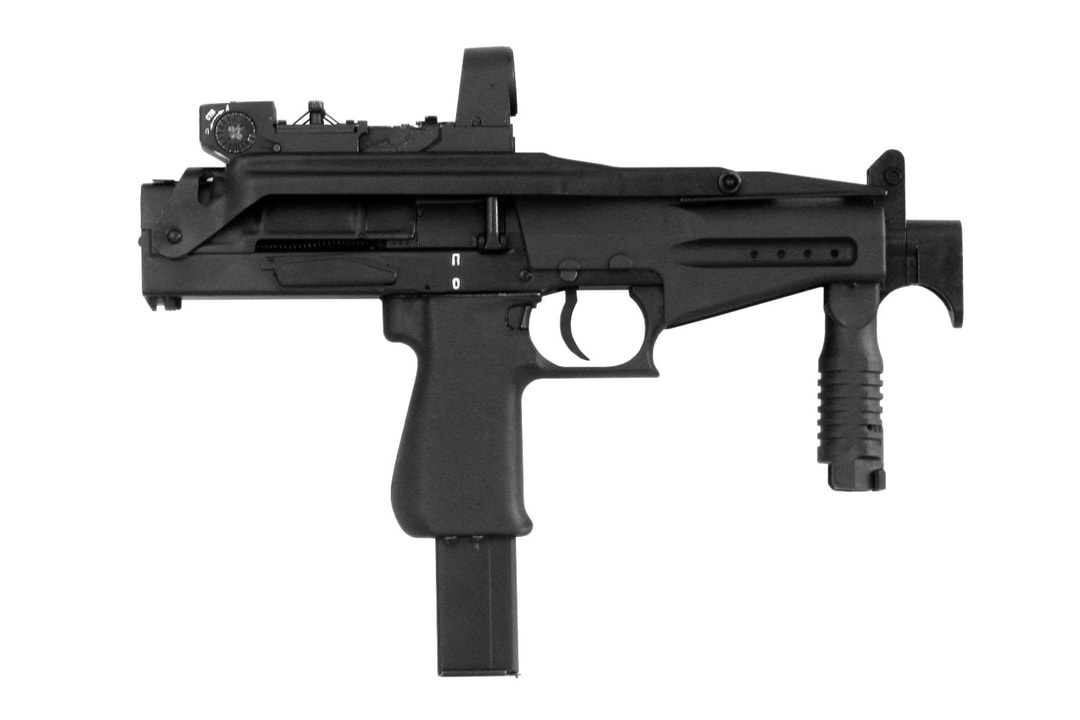 The Central Research and Development Institute for Precision Machine Engineering, Kalashnikov Group, has fulfilled a contract for delivery of a batch of SR2M submachine guns to special law enforcement units of the Russian Federation.

SR2M 9mm modified submachine gun was developed by TsNIITochMash in the early 2000s and fielded in FSS special units in 2004 and in other law enforcement agencies later on. It is designed to engage personnel targets, including those wearing Class-II body armor, and soft-skinned vehicles (cars, trucks, etc.) at distances up to 200 m.

The weight of the weapon with a 20-round magazine is 1.7 kg, 20- or 30-round magazines are available. The submachine gun has a stock folding upwards above the action box cover to ensure sight shooting with both extended and folded stock. To improve fire efficiency, a collimator sight is used which was specially developed for this submachine gun. The SR2M length is only 36.7cm stock extended to ensure concealed carry capability.

TsNIITochMash is not only the designer, but the sole manufacturer of SR2M submachine guns.