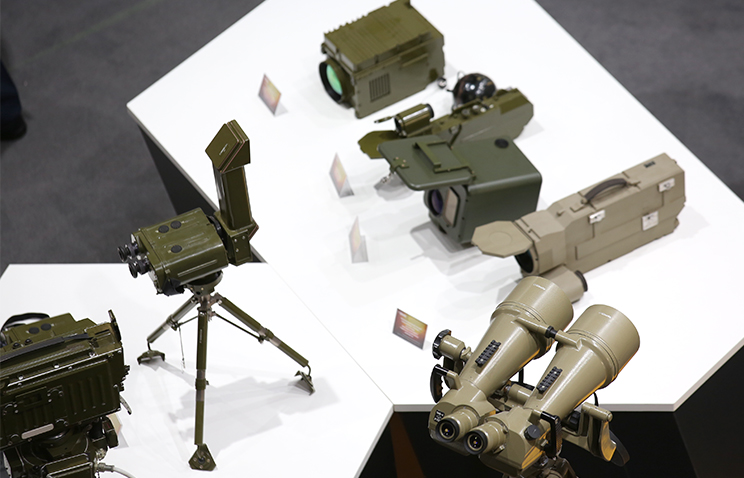 Shvabe will demonstrate the advanced items of special-purpose electro-optical equipment at the 10th Land, Naval & Internal Homeland Security Systems Exhibition Defexpo India-2018 being held from 11 to 14 April in Chennai, India.

At one’s stand in the Russian hall the holding will show sighting and surveillance equipment for the army, including technologically advanced items with high export potential.

"The Russian-Indian partnership is being actively developed today. Currently, the holding, being a subject of the military-technical cooperation, is a party to various defence contracts. We supply special-purpose equipment and spare parts to this country, and we train Indian specialists in repair and maintenance of Shvabe equipment for armoured units and other vehicles," noted Dmitry Zhidkov, Deputy General Director of Shvabe.

Within the framework of the Russian exposition, the holding will demonstrate the capabilities of sights for sniper rifles and machine guns. They include 1P88, 1P71-1 and 1P69 zoom sights, 1P89 fixed power scope for machine guns and other products.

Visitors of the Shvabe's exhibition stand will also see a full-scale specimen of Irbis-K tank thermal sight and will be able to look at the new panoramic vision system for commanders called PPNK.

More than 950 companies from 47 countries of the world took part in Defexpo India-2016, including 304 companies from India. Russia was represented by 18 groups of companies of the Russian defence industry and 46 members of such groups. In 2018, Rosoboronexport arranges a joint Russian exposition.

Rosoboronexport Presents the History Military-Technical Cooperation with India in Photos