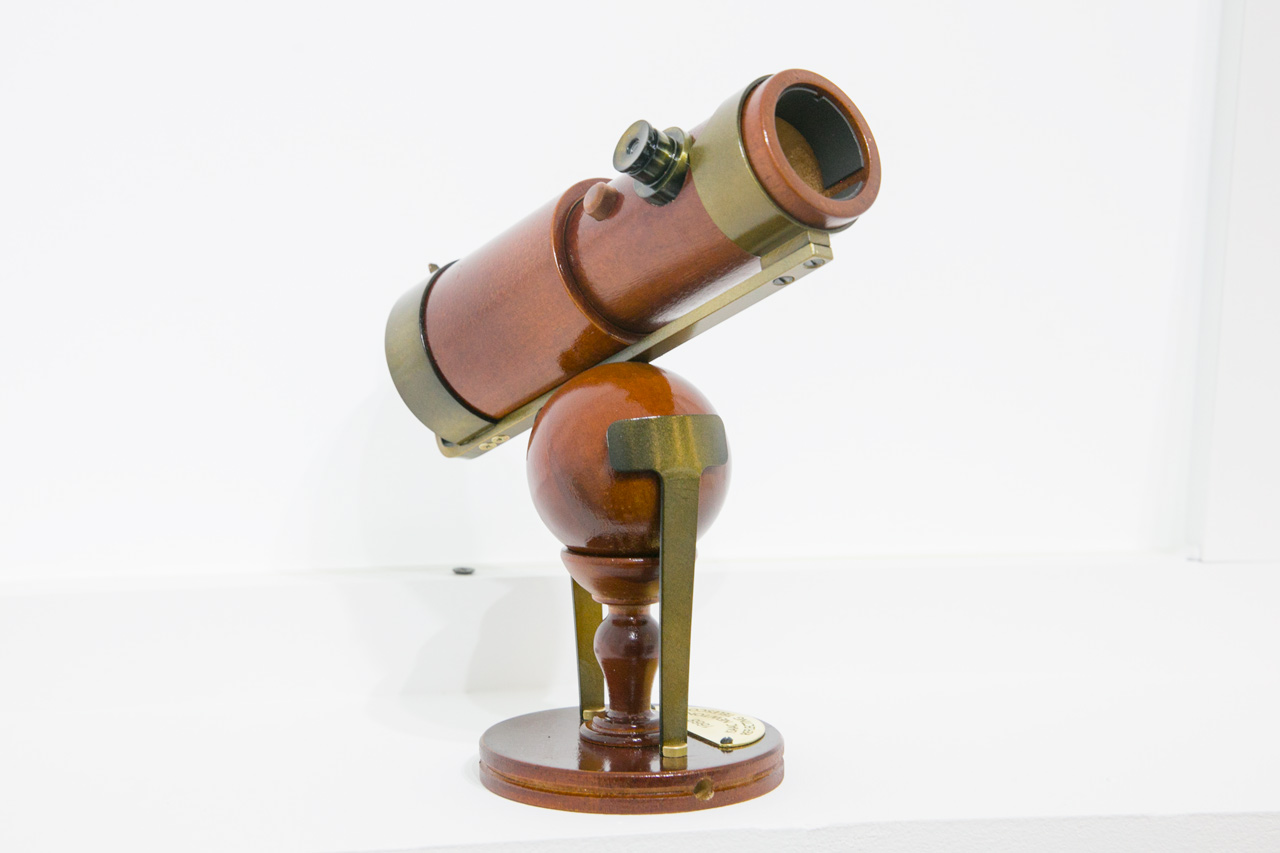 Novosibirsk located factory of Shvabe holding of Rostec State Corporation is preparing for a serial production of Newton’s telescopes. These are the exact replicas of the original reflector created by the great scientist in 1668.

The idea of recreating the classic Isaac Newton’s reflecting telescope originated in 2008, when thousands of scientists and amateur astronomers came to the capital of Siberia aiming to see the total solar eclipse on August the 1st. Then the specialists of the Novosibirsk Instrument-Making Plant (IMP), which is part of the Shvabe Holding, released a limited batch of optical instruments for observing stars as memorable souvenirs.

TAL-35 – is the exact copy of the historical original. The only difference is in the image quality. If Newton used a polished bronze plate for reflection, the replica is equipped with an optical mirror processed by aluminium plating. Thus, despite being a purpose made souvenir, these telescopes can be used for observations.

“The souvenirs turned out to be so popular that the first batch was sold out almost immediately, and from 2010 the IMP continued production of its occasional copies - on individual order. At the end of last year, we decided to start full-scale production, which we plan to launch in spring. In doing so, we were guided not only by the popularity of TAL-35 as souvenir products, but also by the fact that teaching in astronomy was resumed in schools of Russia, the homeland of space explorers and great astronomical discoveries, a discipline that forms the mindset of creators and winners. We are confident that Newton's telescopes will be the first step in big science for many young people”, said Vasily Rassokhin, general director of the IMP.

The first telescope lens was created by Galileo Galilei in 1609 which is considered to be a refractor telescope. Poor image quality encouraged astronomers to constantly modify the device. They found that the image quality increased with increase of focal length of the eyepiece, which led, in turn, to an increase in the size of telescopes - some reached a length of 50-60 meters. In the mid-1660s, Isaac Newton proved that the cause of poor image quality is chromatism, which can be eliminated if a spherical mirror is used instead of convex lenses. Newton introduced his telescope in 1668, which was only 15 cm long and earned him worldwide fame.