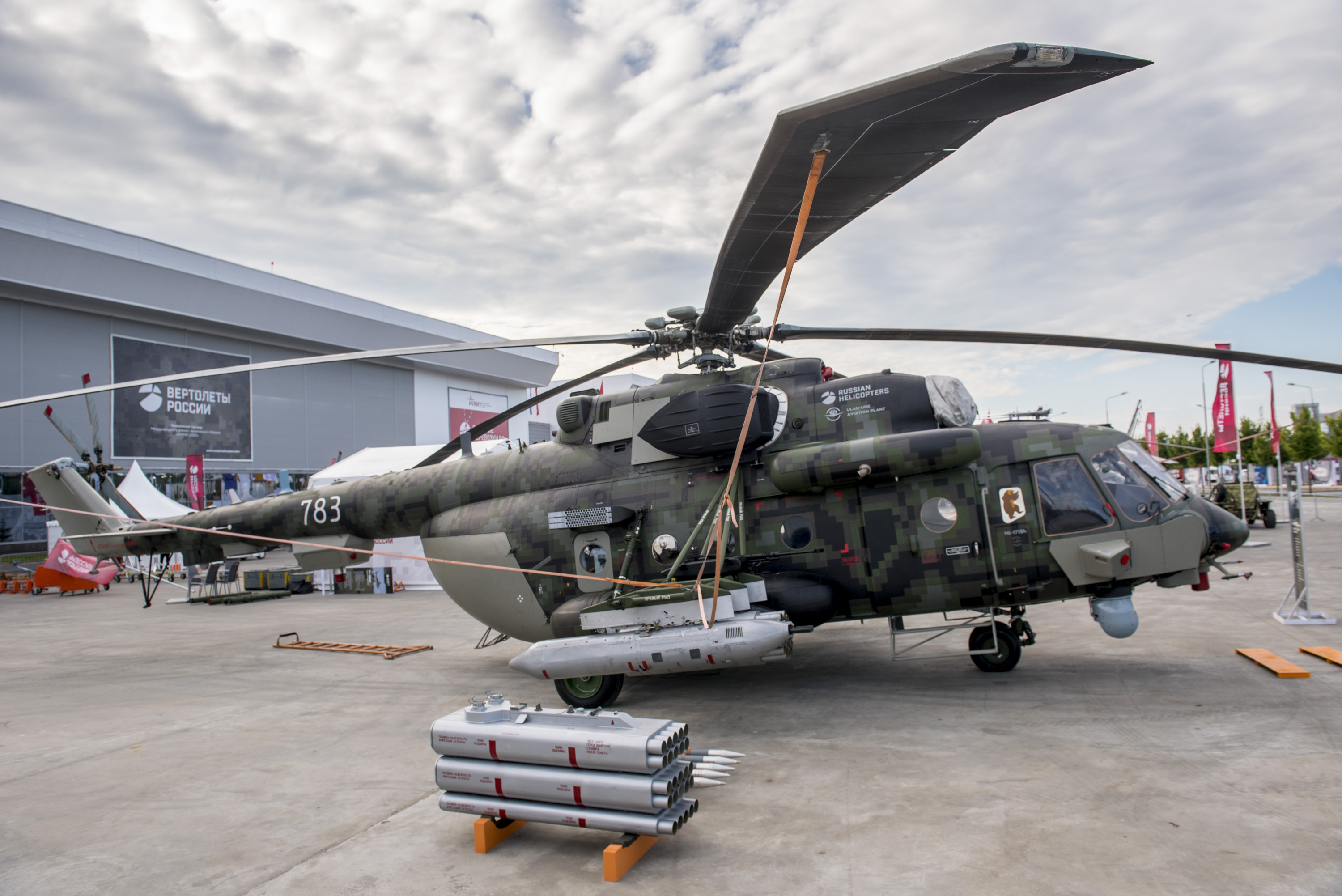 The first retrofit operating prototype model of the helicopter will be demonstrated at the forum. Additionally, the complex of flight control equipment IBKV-17VP "Glass cabin" and experimental model of the target sight system are presented within the unified exposition.

“Due to titanium and kevlar armored protection the updated Mi-171SH provides aircrew and landing personnel with the highest security level. Moreover, the assault capabilities of the vehicle are expanded by the guided missile munitions”, – pointed out Andrei Boginsky, CEO of Russian Helicopters. - Mi-171SH IS is ready for the most difficult combat and climatic conditions. That’s why we have chosen the name “Storm”. That was made with the view to our foreign customers. On the one hand it symbolizes the readiness of the vehicle to combat the forces of nature, on the other– indicates the ample attack capabilities of the helicopter”.

The Mi-171SH "Storm" helicopter is equipped with the “altitude” growth engines, the new main rotor system as well as with the composite rotor blades of the modified profile. Also, the vehicle has X-shaped tail rotor and the newest version of the onboard defense complex "President-S". The armor protects not only the air crew and the most important components of the helicopter, but also the assault force in the cargo cabin. Two sliding doors on the sides and a ramp in the stern give an opportunity to launch ultra-fast landings.

In addition, the helicopter is equipped with an advanced weapons system, including 12.7 mm machine guns, cutting-edge guided missile munitions with the OPS-24N-1L target sight system. All the mentioned factors give an opportunity to combat various ground and air targets.